Getting Back Off The Wagon 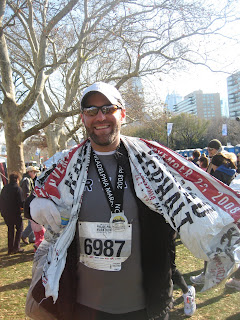 After gutting my way through the last mile and a half of the Philadelphia Marathon on Sunday, Patty and I met up with friends at The Tiedhouse where we had a table for nine. The Abbey Blonde was my first beer of choice, followed by a Bière de Framboises. With a Brewmaster's Breakfast Bowl and beer under my belt, I started to bonk. (Though, I don't think I bonked nearly as badly as did the Eagles...but that is a topic that shan't be discussed here.) Aches and pains from Sunday's marathon have subsided, but since then I've contracted a nasty cold. Apparently, and understandably, the body's immune system takes a beating during such a physical exertion so it's no surprise that I'm at the greatest risk for getting sick in the days immediately following the race. I should be back in the swing of things by this weekend. The time between the Thanksgiving and New Year's holidays will be a great time for beer here in the Philadelphia region. It begins with a dinner at The Farmhouse in Emmaus, a Stout event at Union Jack's, and an Open House at Philadelphia Brewing this coming weekend. Enjoy what will, for many of you, be a "long weekend." Here are a few more pictures related to the Marathon. 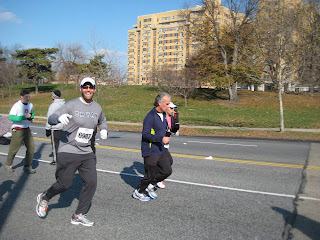 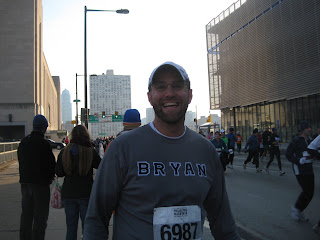 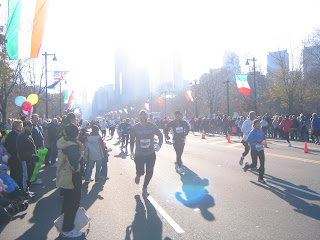 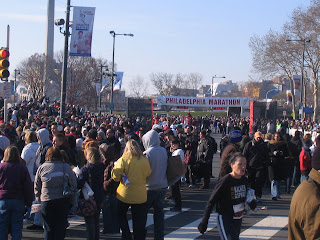 Signs of support from friends and family 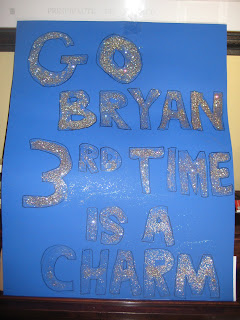 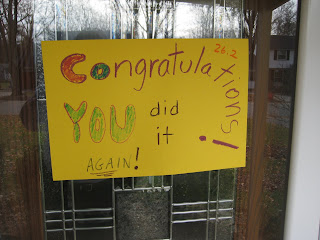 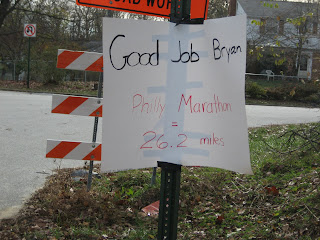 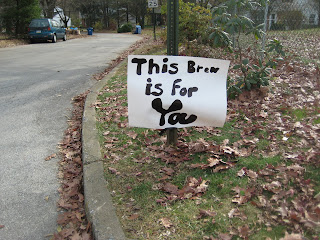 Part of my "recovery plan." 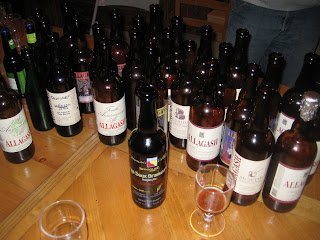 Acceptable in my book considering erratic training plan and injuries during the course of the year.

Not a P.R. but not a time that I'm unhappy with, all things considered.

Congratulations !!! You are an inspiration !!! Any bloody sock trophies this time? :>)

thanks Marck...nah, no physical evidence remains from this year

I KNOW you're not upset about a sub 4.5 hr marathon. Way to go! Hope you enjoy every drop of your recovery plan.

Nah, Brian I'm okay with it. Will have to keep the sub-4 in view on my next go around.

In the meantime, wagons are boring...I'm having much more fun off the wagon :)

thanks for the cheers!