I love a great brown ale (yes, brown ales can be great), and now WXPN has one thanks to David Dye and Philadelphia Brewing Company 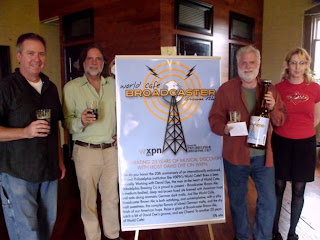 One of the most neglected beer styles these days just might be the brown ale. While they may lack some of the sex appeal of some other beer styles, at least as defined by today's geekerie and hype machines, I can't help but be excited to hear about a well-made brown ale.

Now I say this only with hope, but no way (yet) of knowing whether this new brown ale from Philadelphia Brewing Company will measure up. Familiar with some of the brewhouse talent in Kensington, I don't expect to be let down. 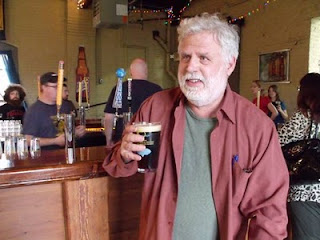 The pictures contained herein were forwarded along to me from the special release event held on September 21 at the brewery with David Dye and the brewers that I unfortunately was not able to attend.

But, I'll be doing my best to make it out to one of the following host bars in the coming week to hopefully get a taste for myself. As the press release goes on to describe these events: "WXPN has arranged a World Café Broadcaster Brown Ale Beer Week from Octobert 3-6 at regional watering holes where the limited-edition beer will be available. Dye will serve as DJ and guest bartender, playing a special music mix while serving up the World Café brew. All Beer Week events will feature giveaways including World Café Broadcaster Brown Ale Beer pint glasses, Live @ the World Café CDs, music downloads and more." 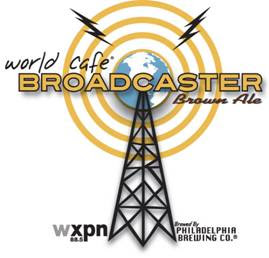