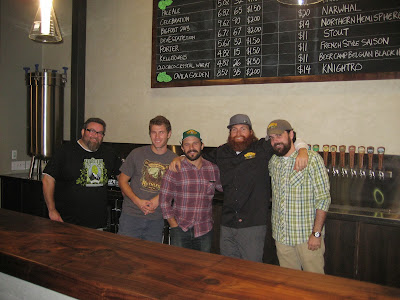 (Management and staff has been eagerly preparing and awaiting your arrival when the Torpedo Room opens on Nov. 26, 2013.)
During my last swing through northern California, I was invited to stop by what was, at the time, the future home of the Torpedo Room in Berkeley. During my visit, I could see that they were, by and large, ready to open their doors to the thirsty public on the west side of Berkeley. The address is 2031 4th Street along the southern end of the half-mile long and continually expanding Fourth Street corridor of shops, restaurants, and residential. 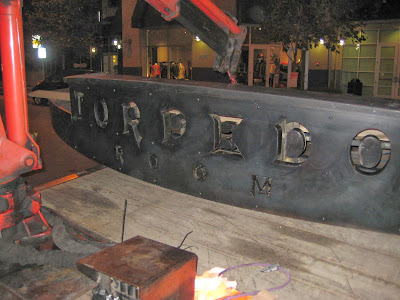 (Special delivery for the Torpedo Room from a local craftsman in nearby Richmond.)
As of tomorrow, November 26, it will no longer be the future home as they have received all the legal clearance to begin selling beer to the public.

Coincidentally, the evening I stopped by was the evening that a crew was preparing to mount an impressive sign, crafted in nearby Richmond, Calif., above the front entrance. I met a good portion of the staff that will be running and manning the bar. They were putting the finishing touches on what will be a distinctly Sierra Nevada experience, minus the trek to Chico.

The space inside has nice touches from lauter tun false bottoms serving as table tops to Erlenmeyer flasks as lamp shades above the bar. An educational and retail display can be found in one corner of the bar, while coolers of takeout beer are positioned at the other end. Plus, a replica brewhouse tile floor in between. The word education is intended to play as big a role in the execution of the Torpedo Room as the beer. Part of the stated mission of the brewery's outpost is to help educate their customer as they are tasting and appreciating the beers. 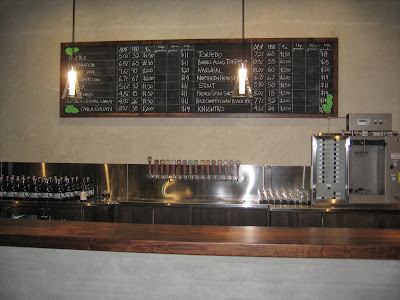 (A full beer bar at Sierra Nevada's Torpedo Room including an Alfred Gruber growler filler station.)
As you can imagine, as a showcase of the company's best, the beer board will read as a who's who of Sierra Nevada brews. Some will be year-round mainstays, others will be special/rare limited distribution brews, and the occasional others will be drafts and bottles found only on-premise at Sierra Nevada. For opening day, the beer geek in you might enjoy finding Barrel-Aged Torpedo (as seen in the draft board above, drawn up well before opening day, likely to entice passerbys into a frothy salivation!).

The Torpedo Room has wasted no time marking up the beer event calendar. On Wednesday, December 4, they will be hosting Dr. Charles W. Bamforth for a night of brewing science education. It will be a chance to learn just how much about beer you really don't know.

For reference, the Torpedo Room can be found at 2031 4th Street, Berkeley and is barely a block from the Berkeley Amtrak station, just under a mile from The Rare Barrel Tasting Room, just over a mile from the North Berkeley BART station, and just under two miles from the Shattuck Avenue Shopping District (home to Triple Rock and Jupiter brewery restaurants) in Downtown Berkeley. 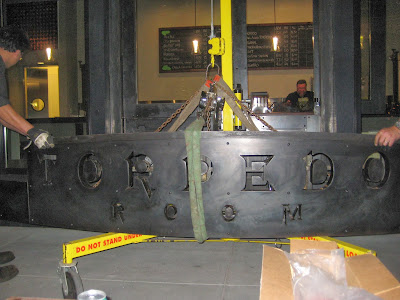 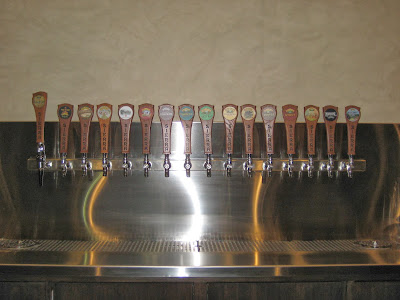 (16 draft lines of Sierra Nevada beer at the Torpedo Room in Berkeley, Calif.) 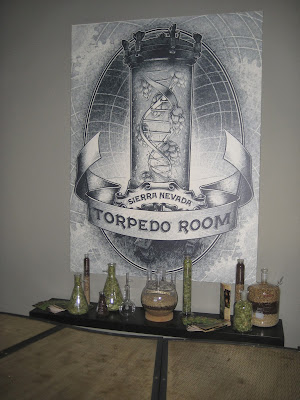 (Table tops made from lauter tun false bottoms and ingredients as visual aids for educating the Torpedo Room customers.) 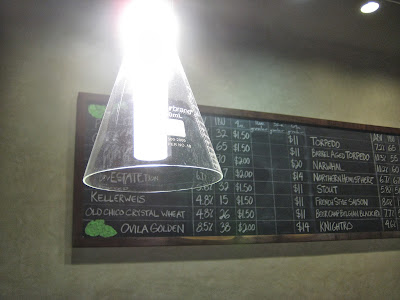 (Do the unique Erlenmeyer flask light fixtures take you back to chemistry days?) 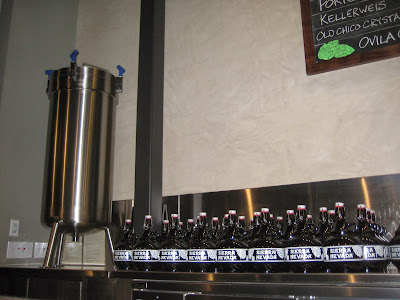 (Fittingly, a Torpedo in the corner.) 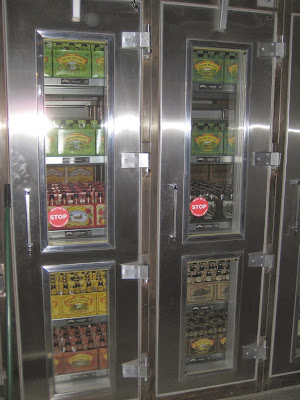 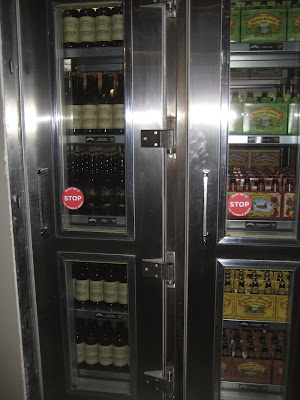 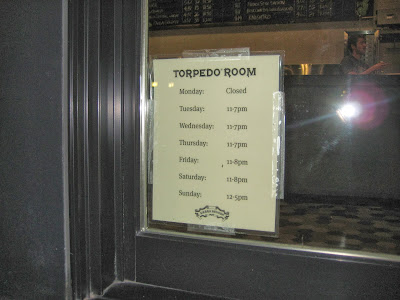