Craft Brewers Conference/World Beer Cup 2016: Where To Drink/What To Do in Philadelphia 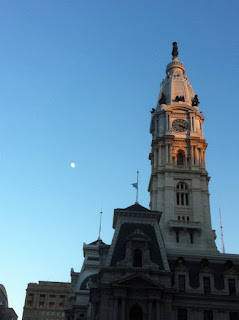 NOTE: My original commentary from 4/20/16 has been moved to the bottom to get you to the event listings faster.

Our local breweries and bars are not rookies in putting together events throughout the year. Here's what's on tap thus far and open to the public from May 2-7. It's where you'll get to drink some of the area's and country's finest beers and rub elbows with some of the industry's brightest. Of course, as usual, please let me know if I'm missing anything.

(Find my top recommendations, as of 4/22, over at this link)

Martha
Wed. May 4 — A Barrel-Aged Symposium with Scott Vaccaro of Captain Lawrence
Thu. May 5 — Great Minds Think Alike: Jester King, Green Bench, and Tired Hands
Fri. May 6 — Martha Goes to Space! with Other Half Brewing, Oxbow and Monkish

McCrossen's Tavern
Tue. May 3 — Hop Till You Drop with Evolution and Fat Head's
Thu. May 5 — Sour Showcase with Free Will Brewing Company
Fri. May 6 — Get Goose'd
Sat. May 7 — Honey Bunches of Hall and Oats

MilkBoy
Tue. May 3 — CBC After Party with Ship Bottom Brewery

Standard Tap
Wed. May 4 — May the 4th Galactic Pageant
Fri. May 6 — Tired Hands, Stone, and Other Half
Sat. May 7 — Sour Brunch

Union Transfer
Wed. May 4 — We CAN Jam

In case you weren't aware, roughly 13,000 industry professionals will be in Philadelphia from May 2-May 6. While their conference doings are closed to the public — as is typical at this sort of convention — parties and events of all shapes and sizes will be taking place all around town and many will be open to all.

I couldn't wait to finish mowing last night because I was stewing up a rant about the variety of events that I'd become aware of in recent weeks surrounding the upcoming Craft Brewers Conference (CBC) and biennial World Beer Cup (WBC).

Lacking a centralized promotional vehicle for the city's bars and breweries (and I'll be pleased to be corrected if I'm wrong), during the past couple weeks I've gathered what I've found in PR e-mails, FB postings, and random tweets and whispers in the wind. And until later last night, I sensed a real lack of focus on local breweries in these scheduled events.

After a couple more hours of sifting through yet more leads (which I imagine will continue right up until May 2), I now have a list of over 75 events in the first week of May coinciding with CBC/WBC. Quite a few bar events that I see are on the list now have a more proper focus on the breweries of the immediate Philly city and suburbs.

Still missing, however, is an event or events that focus on what we are often fond to say that we're proud of, but maybe haven't done the best job of representing to the broader market. Yes, I know the market is irrationally fixated on IPAs and beers masquerading as IPAs in name but aren't really IPAs. But we've always talked a big game in the lager world.

We trot out Dock Street's Royal Bohemian Pilsner, Sly Fox Pikeland Pils, Stoudts Pils, Tröegs Sunshine Pils and Troegnator Double Bock, and Victory Helles and Prima Pils as beers that have stood the test of time. They're joined by newer guys on the scene such as 2SP's DelCo Lager, Philadelphia Brewing's Kenzinger, and Neshaminy Creek's Trauger Pils and Churchville Lager.

While the rest of the country has slowly caught up with their own lager brewing, the greater Philadelphia region has excelled in this area for quite some time. So hey bar event organizers, let's recognize that. You say that a lager-ish, session-ish type of beer event is a tough sell for bars? Remember that these 13,000-ish brewers, owners, reps, and other industry personnel are not your typical customers.

It was Sam Calagione of Dogfish Head that was recently quoted: "At CBC, you’ll learn about your own business. At Philly Beer Week, you’ll learn about Philadelphia consumers." And Tomme Arthur echoed similar sentiments in the same article with "The two events reach totally different audiences, which is why I’m coming back for both. Any brewery that thinks they’re going to reach consumers at CBC is crazy."

Sure, they want the sours, the double IPAs, the barrel-aged stouts, and the oddly spiced one-offs. But there are already plenty of those events around this year's CBC and, quite frankly, available in many other parts of the country where these attendees call home. They're coming to Philly and they've heard that we've got a great pub culture and a spectacular lager-based history (have you told them where they can find the John Wagner historical plaque in Northern Liberties — have you seen it?). Let's show them.

Well, that wasn't quite the rant I initially imagined. There are still gaps to be filled on the CBC/WBC off-site events calendar. And hopefully I'm still to be pleased as the coming weeks unfold.