After 30 years, Celebrator Magazine no longer in print 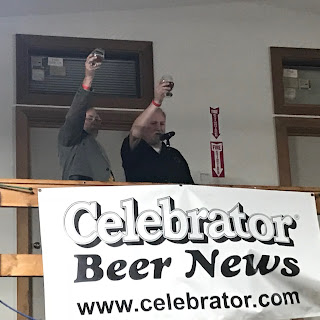 If I had to put money on the last beer magazine in print - you know, the type that you actually pick up with your hands, on paper, and turn the actual pages to read - I'd have said good money would have Celebrator Magazine there at the end. But, alas, as you'll see over Jay Brooks' website, Brookston Beer Bulletin, they consolidated to a website-only version of Celebrator going forward. Brooks was a longtime columnist, editor, and Blind Panel Tasting Manager.

As I commented on his site, Celebrator was a substantially sized magazine covering much of the country that I would use in my countless trips to the west coast either as a primer to study up during flight westward on what I might be tasting during my visit or as a recap during my route back east to discover what I might have missed. As you can see, the last issue was called a "collector's edition" - unfortunately, for more reasons than just one.

Plus, they always threw a spectacular anniversary party for the magazine, the last ten years which took place during San Francisco Beer Week. They were kind enough to quote me in wrapping up the one that just took place during SFBW 2018.

p.s. the website has their future looking pretty good. Check it out for yourself. 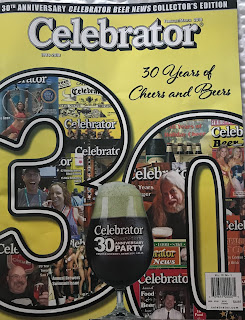 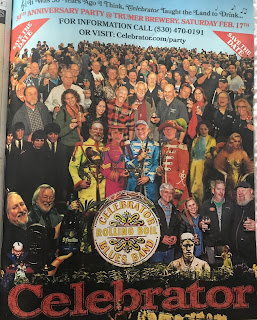 After 30 years of publication the Celebrator Beer News, the first publication to focus exclusively on craft beer, has suspended its print edition. Tom Dalldorf, editor and publisher, stated that the economics of a print magazine requires an advertising base that simply is no longer viable.

“The pervasive use of electronic media has rendered print media superfluous. The expense of design and layout and printing and distribution doesn’t work for the beer enthusiast the way it did just a few years ago,” said Dalldorf.

“The craft beer world has grown tremendously in the last twenty years and beer enthusiasts, craving news and opinions on their favorite subject, are depending on websites and apps for news and reviews,” he said recently.

Consequently, Celebrator has re-launched its website on a WordPress platform that will allow it to be more timely in its coverage of the rapidly changing craft beer world. “Our new site allows us to get stories, news and information up instantly rather than waiting up to two months for the next print issue to drop,” said Dalldorf.

Celebrator Beer News is now available 24/7 at celebrator.com. A mobile app is in the works as well, according to the publisher.