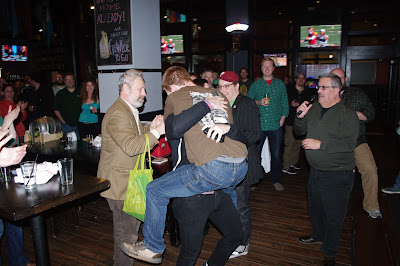 (Looking like they just won the World Series, consumer and Dock Street fan, Daniel Neuner, catches overjoyed head brewer Justin Low after their winning names were announced.)
Not to suggest that Philly Beer Week is not a year-round endeavor for many around the Philadelphia region, but if there was any question of when it begins, it was surely answered yesterday at The Field House.

For the fourth consecutive year, Philly Beer Week has raised awareness and money for itself by conducting a raffle whereby one winning individual gets an all-expense paid trip to Belgium to brew a "Philly Beer Week beer". As part of the prize, he or she gets to take along their favorite local brewer.

Past brewers that have benefited from their fan bases include Brian O'Reilly (Sly Fox) with Belgian brewery DeProef, Chris LaPierre (Iron Hill) and Brasserie Dupont, and Chris Wilson (Weyerbacher) who brewed with the highly-regarded Brasserie de la Senne in Brussels.

This year, beer enthusiast Daniel Neuner won the raffle and chose Justin Low from Dock Street for the brewing excursion that will result in a beer collaboratively brewed at Brouwerij Dilewyns with head brewer Anne Catherine Dilewyns. I think this has worked out extremely well as Dock Street continues today to carry on its twenty-five year tradition (albeit with a short "break" in the late 90s) of representing the Philadelphia brewing scene.

The beer will make its debut at the annual kickoff to Philly Beer Week, "Opening Tap", and be available at events all around town during Philly Beer Week 2014 scheduled to run from May 30 to June 8.

The Field House served as a spacious venue to host the attending brewers from 25 local and regional breweries and the fans that came out hoping to win the grand prize. The drawing went off without a hitch for both Neuner and Low yesterday compared to November 2010 when the 2011 PBW collaboration trip was raffled off at McGillin's and neither the brewer nor the winning consumer was in attendance.

Gift box prizes were also raffled off, one of which was awarded to Mrs. Brew Lounge herself. See below for a picture of all the "swag", including some of the liquid kind from the relatively new Saucony Creek in Kutztown, Pa., that came with the prize box.

So there you have it. We now know who will be brewing what with whom over in Belgium. The dates have been locked in and Philly Beer Week 2014 will be here and gone before we know what happened to the next six months. 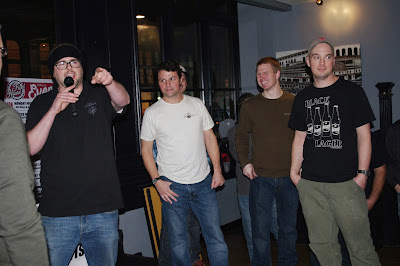 (Brewers being introduced with Fegley's (Bethlehem) Brew Works' Josh Bushey on the mic.) 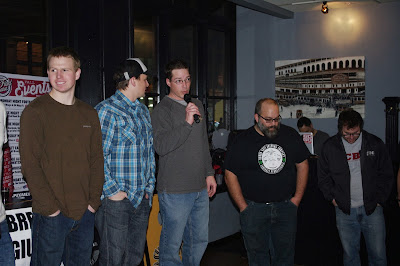 (Brett Kinzer from Stoudt's taking his turn during brewer introductions) 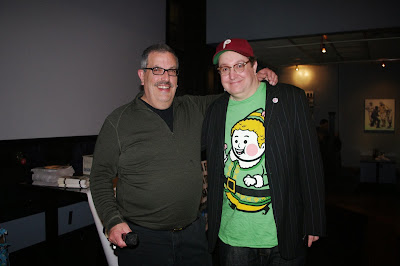 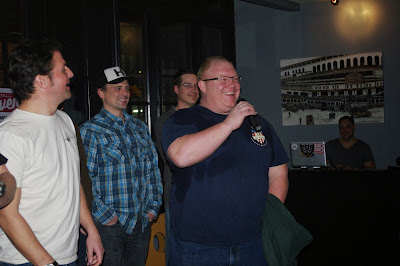 (Tom Kehoe, the main man behind Yards, always good with getting a rise out of the crowd. Here, during brewer introductions.) 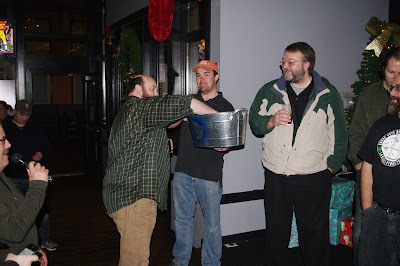 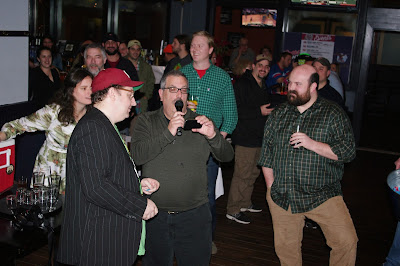 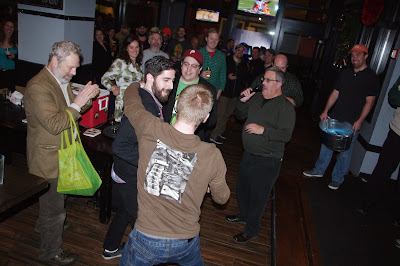 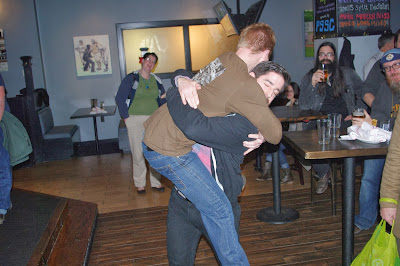 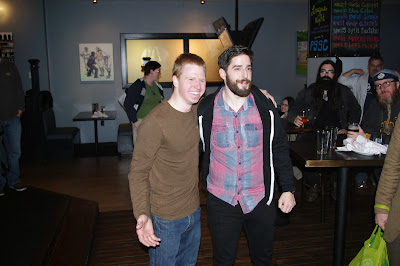 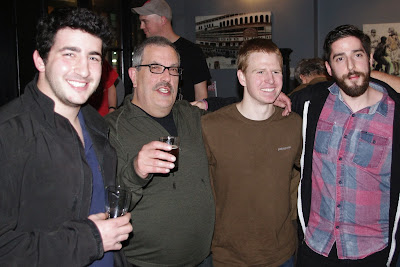 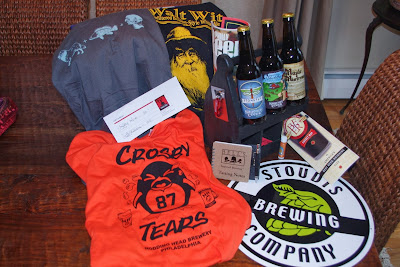