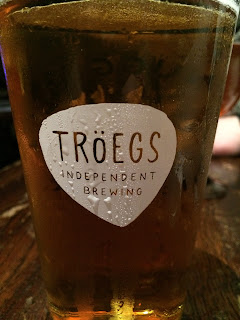 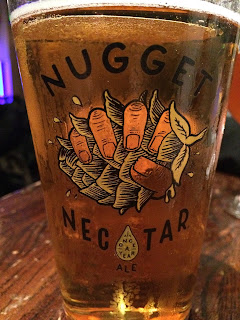 It's back — the one major release in the Mid-Atlantic that beer lovers have been setting their post-New Year's calendars to each year. And the Tröegs team, along with their distributing partners Penn, have blanketed the region with "First Squeeze" events from their home turf of Hershey, Pa. to Philadelphia, the Lehigh Valley, and beyond to newer markets of MD, VA, OH, NC, NY, and MA. At the events, they are handing out Nugget Nectar art prints, bottle openers, and stickers.

Pouring from the taps include the Nugget Nectar (often both on CO2 and on handpumps) along with fan favorites like the dependably solid Hopback Amber Ale, seasonally appropriate Blizzard of Hops, chart-topping newcomers Solid Sender Pale Ale and various Scratch beers, and the big burly monsters Mad Elf and Impending Descent.

In Philadelphia, the kickoff event was on January 13 at Kite & Key, longtime friend and supporter of the brewery. As such, brothers/owners/brewers Chris and John Trogner drove an old Chevy truck proudly flying their corporate flag and delivering the first keg to be served. Check out the brewery's Instagram feed for fun pictures of the truck, the commute, and the tapping.

It's been a busy 2016 thus far for Tröegs, with news breaking this month of the brewery's continuing expansion plans. Quite an odyssey for these guys, first with their move from Harrisburg to Hershey (announcement in 2010) to the building of the new brewery (my coverage of it) to the unveiling in late 2011 (more full coverage from me in addition to a full set of pictures).

Hershey was a destination for many other reasons before Tröegs came along. Now, with the continually growing world-class brewery, there's more reason than ever to visit them in person if you've not yet done so. I can't wait to see what the remainder of 2016 holds for these guys. In the meantime, I'll be enjoying my own sixtel (and probably some cans too, who am I kidding?!). Stop by if you can. 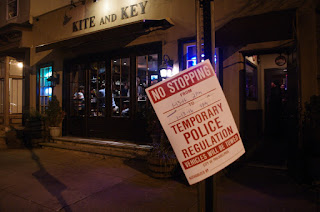 (inside Kite & Key on Jan. 13, there was definitely no stopping the Nugget Nectar revelry) 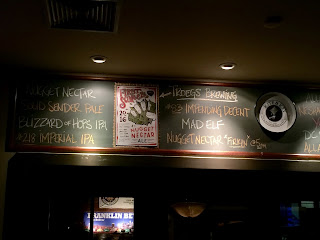 (the good stuff flowing from Kite & Key's taps on January 13) 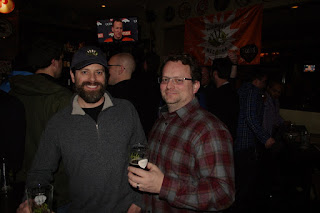 (Brothers Trogner — Chris and John — have certainly made good on their promise of world-class beer in Central Pennsylvania through the years, first from Harrisburg and the last four years from Hershey) 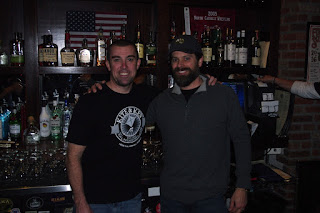 (Jim Kirk, co-owner Kite & Key, had the honor of hosting Chris Trogner and his brother at the only First Squeeze event that the brothers will be attending in Philly to roll out the 2015-16 Nugget Nectar.) 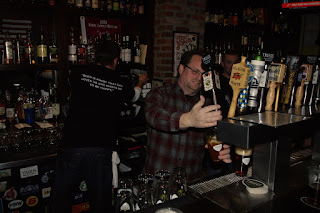 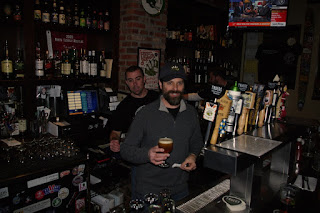 (A wall-to-wall crowd came out to find Chris Trogner and a handful of Tröegs beers on tap at Kite & Key.)
Then on Thursday, January 14, Regional Sales Manager, Nick Johnson, and Sales Representative, Matt Hasson, dusted themselves off from the Wednesday night kickoff and continued at The Pour House in Exton, Pa. Here, the happy hour crowd swelled by 6 p.m. and the handpumped firkin kicked barely an hour later. The Nugget is loose; go getchyer self some. 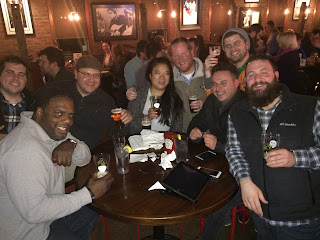