Writing This Ship: Part 11 - Going to battle for great beer in NJ 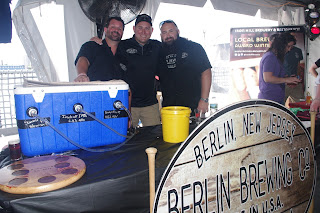 Continuing to Write The Ship (rather literally in today's case) here with an entry that slipped past me a couple of months back. After the Battleship Beer Fest on June 25, I took off for the West Coast and unfortunately allowed this entry to fall into the deepening to-do pile.

I'm not sure how many beer fests there are each year on the Battleship New Jersey (a beer guy with more time might put some research into that), but I know I've never been to one of them. There's been a continual uphill battle, generally speaking, in Camden but they've done a nice job filling in bits and pieces of the waterfront. And on the deck of the battleship, it's set up to accommodate all sorts of special events. 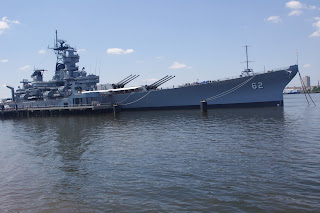 On June 25, it was the Battleship Beer Fest put on by the Garden State Craft Brewers Guild and my admission was provided for by the organization. At the helm was Don Russell, who has since stepped down to pursue new journalistic endeavors. The organizers did a nice job keeping things as cool as possible given the sweltering conditions. With the portable fans, the river breeze, the cool Cabin Dogs live performance, and an unparalleled view of Philadelphia, the stage was set for a review of old and new breweries in New Jersey.

Old standbys like Cricket Hill, Flying Fish, Iron Hill, River Horse, and Triumph. They brought some mighty fine beers like the time-tested Cricket Hill English-style Hopnotic IPA and Triumph Vienna Lager. River Horse had their reliably standard Summer Blonde refresher and, on the other hand, a Triple Horse that came in a firkin with vanilla and oak additions. There was enough of Iron Hill's Bedotter left over from the VIP session and that was a very good thing for the general admission crowd. 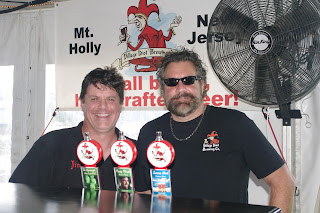 Heck, even Cape May, Carton, Kane, Tuckahoe, and Village Idiot are all between three and five years old and are beginning to sound like ol' usual suspects! Pouring from their jockey boxes were goodies such as the refreshingly fruity The Bog Cranberry Shandy from Cape May and Monkey Chased The Weasel Berliner Weiss from Carton. Kane had an incredible (and surprisingly drinkable) Sunday Brunch Imperial Porter and Tuckahoe was sporting a similarly-themed Kid's Table Milk Stout. And the tiny Village Idiot from Mount Holly brought their big Hoptimzier West Coast IPA.

Then there were some that if you don't get up into the northern part of The Garden State, you might know very little, if anything, about...unless, of course, you've read Beer Lover's Mid-Atlantic. Y'know what I'm sayin'? I think you do :) 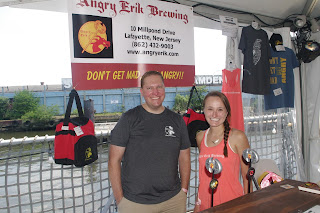 Thinking: Angry Erik; Brix City; Flounder; and Rinn Duin. From "up there", they brought along their Erik The Orange from Angry Erik, the Just Another IPA from Brix City, Proteinaceous Funk from Flounder, and the Hibernian Stout from Rinn Duin. All four of these may not get wide distribution, but they should certainly be on any savvy beer traveler's radar when traversing the central and northern parts of New Jersey.

And then there were the nearly brand-new breweries. Ones like Berlin Brewing, Forgotten Boardwalk, Glasstown, Lunacy, Spellbound, and Third State that I covered in the appendix of the book as well as ones that I must say I've never heard of, such as Dark City and Tonewood. Get 'em on the list! Berlin's Grey Earle English Mild (4.8% ABV) was an excellent beer that I learned is a rather usual suspect in the young brewery's lineup of beers that (calculating an "eyeball average") are mostly below 6% ABV and that's mighty admirable these days!

If there was one main takeaway from the festival to share with you, it's of the tremendous growth that is finally occurring in New Jersey. Long hamstrung by regulation and high cost of entry, from NW NJ to the home of Rutgers to the state's capital on down nearly the length of the Jersey Shore and over to the border with Philly, there's no shortage of places to find great beer in the Garden State.

With the admission came a pass to use day-of or in the future for a tour of the significantly noteworthy battleship - something I'd like to take them up on before the end of year. 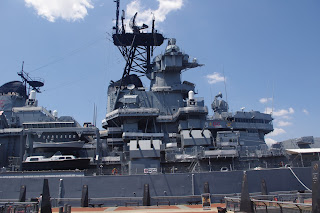 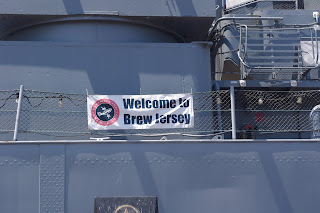 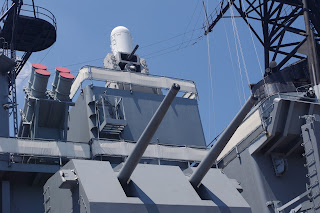 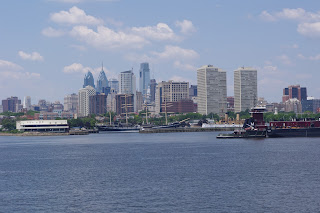 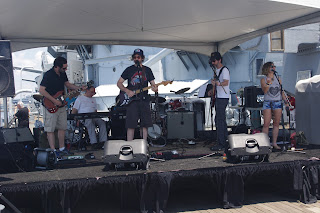 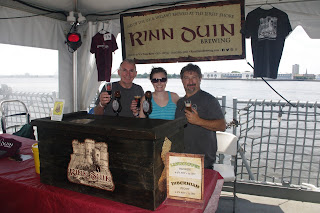 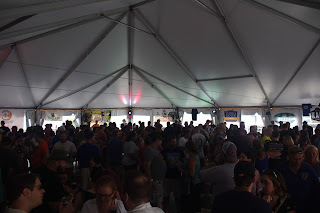 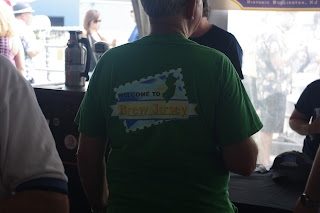 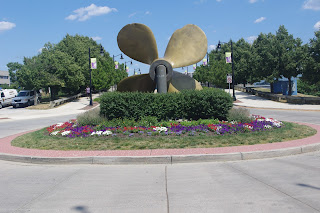