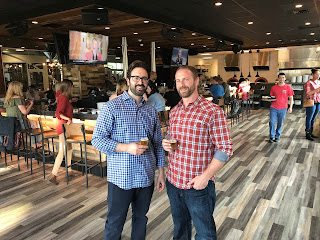 (Co-owners Tom Revelli and Dave Goldman with backdrop of the tasteful and comfortable decor at their Urban Village Brewing.)
Gonna try to rattle off some new activity that has added another level of complexity to covering Philly Beer Week than ever before. Regardless that these new breweries are not officially a part of Philly Beer Week (for the uninitiated, this entails paying sigificant fees to the organizing entity behind PBW), I say "covering Philly Beer Week" because their entries to the scene simply adds more to be checked out at the same time as trying to absorb some of PBW '17. Plus something related I've heard this past weekend is that beer lovers are interested in using the timing of PBW to check out new establishments, whether or not they have any official events going on, part or not of the official PBW. Probably, most would agree, a good thing. And, all a part of "a rising tide"?

Following this entry will be a few words on the Roy-Pitz Barrel House and Crowded Castle, both also having opened in the past week. Reminds me that I need to check the project status on Root Down, Neshaminy Creek, Triple Bottom, Point Breeze and the one-that-may-not-be-quite-yet-public in Downingtown. Not to mention the new announcements of planned outposts for Iron Hill in Rehoboth Beach and Conshohocken Brewing in Phoenixville and Havertown. Thirsty much? 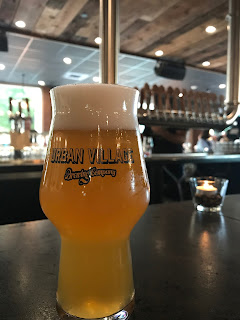 (Well-made beers such as the Space Station Experimental present themselves quite nicely.)
But first up is Urban Village Brewing Company in the Northern Liberties neighborhood of Philadelphia. I've only got so much time to get to sharing here during PBW, so I will drop some salient words and a bunch of pictures to get you started, the rest is on you until I make my next visit for a more comprehensive review. 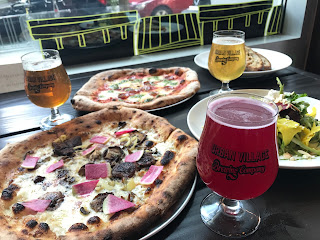 (A wide spectrum of flavors in the beer and food options at Urban Village should keep guests happy.)
On May 31, there was a soft opening (the third, and last, this one included media) prior to the official June 1 unveiling to the public. What I found was an impressive selection of pizzas and other foods that make for a great beer-drinking session in the extremely comfortably appointed bar and dining area. Views into the brewhouse, across the four-sided bar, into the kitchen of Chef Chris Davis, and of streetside activity from the firepit-side outdoor lounge all contribute to the open, airy, and comfortable atmosphere. 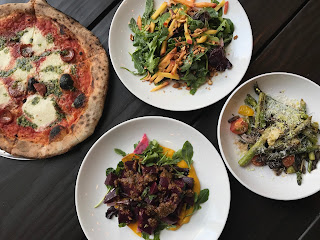 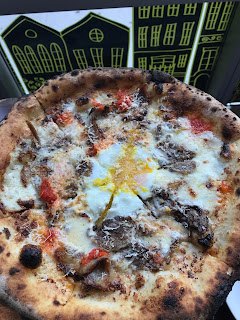 (Pizza a strong focal point at Urban Village.)
The beers ranged quite friendly in ABV from 3% (Beets by J Berliner Weisse) to 9.7% (Tyson Imperial Stout), where the median ABV settled in at a perfect 6.0%. The Beets by J is a must-try with a noticeable but not offputting flavor (for those that are somehow not fans of this wonderful root vegetable). Be sure also to check out the Space Station Experimental (a Belgian-German mashup pictured above), the tropically-addictive Citra Pale Ale, the smooth Oatis Oatmeal Stout, and the decadent Tyson Imperial Stout. Some of the malt bills are sourced from local malt houses, Deer Creek (Glen Mills) and Double Eagle (Huntingdon Valley).

Co-owner Dave Goldman is nearly a one-man show in the brewhouse for the time being, but that may not last long depending upon the thirst of the crowds as word gets out and the weather continues to improve. If you recognize his name, it's likely because he's also behind Landmark Americana with a four locations around the Philly region. For now, he's enjoying being in the brewhouse and finally getting this new venture up and running. His co-owner partner, Tom Revelli, is the fermentation scientist behind the pizza and bread dough naturally-fermented on site.

If you've fallen behind in ticking off the new Philly-based brewery openings (Brewery Ars, Chestnut Hill, Evil Genius, Second District, Wissahickon...did I miss any?), it's nice to see one in a different neighborhood. Until my next visit, enjoy a few more pictures here and get yourself there to check it out in person. 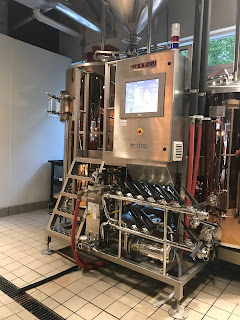 (At the center of the brewhouse.) 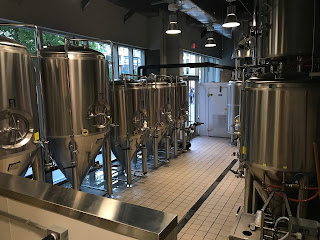 (Making optimal use of not an overly large brewing space, five fermenters and ten brite tanks are pumping out enough to have a dozen beers on tap at once.) 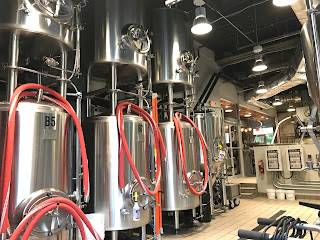 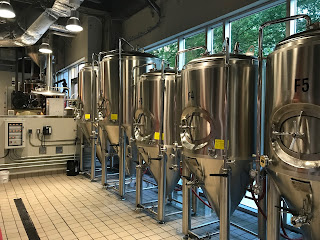 (The fermenters visible from the Piazza at Schmidt's.) 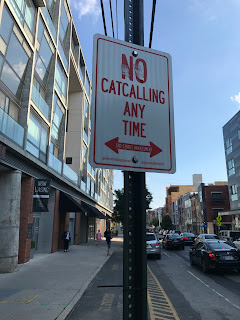