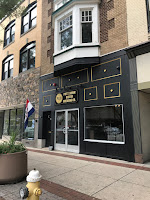 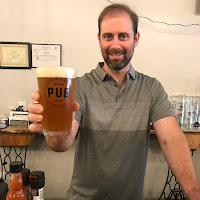 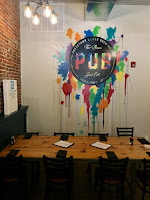 My formative years were spent being raised in Berks County with numerous activities (church, community events, music lessons, etc.) and both parents working in Pottstown, which was only ten minutes down the road from home. As a late-years teenager with a driver's license, I was known to "cruise High Street" on occasion, though that was never really my thing, more of a curiosity thing (honest, Mom!)

With exiting industry over the years, the city's condition of the 80s, 90s, and its future outlook was bleak. But there have been new signs that point to a gradual turnaround. Pottstown United Brewing has joined Henry's and Lily's as excellent food and drink destinations along High Street.

Steel River Playhouse, just a few doors down from PUB, hosts stage performances year-round. Nearby Memorial Park is home to the Trilogy BMX Park and also hosts the annual Pottstown Rumble, proclaimed the world's largest double's grass volleyball tournament. The Carousel at Pottstown is adjacent to the park.

And, the Schuylkill River Trail has a parking lot just a couple blocks south of High Street. If you follow the industry closely enough, you know that brewpubs are often on the leading edge of identifying neighborhoods poised for turnaround and growth.

PUB opened on June 6 as co-owner Steve Armstrong's follow-up to Armstrong Ales in Phoenixville. His partner, Adam Burke, owns Lily's Grill just a few blocks away and runs the PUB kitchen. I was engaged in non-beer business that evening (I know, right? how can that be during Philly Beer Week?!) and finally had a chance to visit PUB this past weekend for a quick one hour. But that was enough time to find some solid samples of Bitter, Kolsch, blueberry Berliner Weisse, Grisette, and West Coast IPA. Ah, a West Coast IPA. How recent was it that you'd never imagine having to encourage brewers to keep West Coast IPAs around?! Nice range of styles and ABVs.

Then, the food. Wish I could speak now to the food, but was on my way to a party. Spying the menu as well as fellow barstool jockey's plates, that was a mistake I'll need to rectify in the near-term. From the sandwiches to the platters to the fries, there seems to be something interesting, and just enough off the beaten path of usual brewpub selections (how about, e.g., poutine or scallops?), on the menu to satisfy most customer preferences, including the occasional vegan/veg option.

Atmosphere is comfortable with, rough guessing here, 15-20 bar seats and 25-30 table seats. Small stage for live music in the front and a fondness for soccer on the television above the bar, hence the name Pottstown United. On that, stay tuned for what Armstrong says could be future early morning events tied to live games overseas. Looking forward to more from these guys and tracking their success as they reach their steady state. 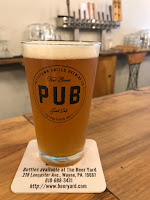 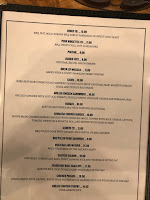 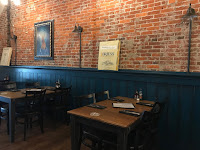 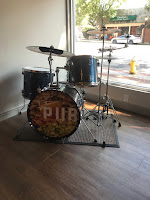