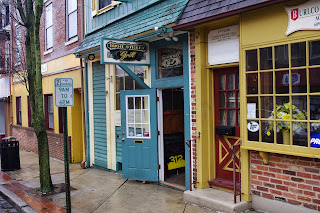 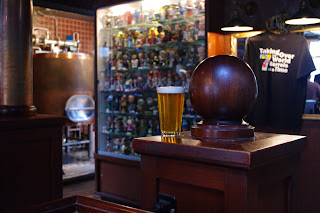 Another summertime casualty of my crushing book research workload was the weekly news update that I put in front of you each week. They tended to be the second most popular item here at The Brew Lounge behind the unstoppable beer events calendar.

I don't claim to have the early scoop on all beer-related news, so as we head into the weekend I'm going to begin once again sharing with you some of the significant beer news stories of the past week. If it didn't occur during the past week, perhaps it came to me in my meanderings around the beer world in the past week. Considering that major beer news typically doesn't break after, say, lunch on Fridays, I'll test this weekly feature out beginning here at 1 p.m. on Fridays. That gives me a last-minute chance to add anything that may pop on Friday morning.

The news will generally focus on the Philadelphia area first and reaching out as news seems interesting to a broader audience.

Also, as a new feature, if a beer "spoke" to me during the past week, I'll include some snippets of what it said.

Beer "of the week"
Drinking beers from Breckenridge Brewery in Colorado reminds me of being introduced to them back in the 1992-1993 timeframe. They're still around and doing gangbusters representing the "craft" segment well.

They have "Autumn Ale" that you can still get your hands on at some stores in the next few weeks. Clocking in at 6.7% ABV, it certainly makes for a perfect after-rakin' beer, as they say, or a late night firepit beer. Speaking of fires, at the dinner table, the Autumn Ale will do well with a plate of grilled steak and cheddar potatoes.

It has a solid malt backbone with a touch of chocolate and caramel offset with just a slight spicy hop note. It has barely a medium body weight, making it an easy-to-drink and perfect fall beer.

Openings
Forgotten Boardwalk Brewing Company in the former of home of Flying Fish Brewing Company in Cherry Hill, NJ. Brigantessa with an interesting lineup of drafts, bottles, and cans in the Philly's hot-stays-hot Passyunk neighborhood. And, Parkway Corner Deli in my former Fairmount home. All now open and serving up our favorite beverage.

Significant Releases
Boulevard, Captain Lawrence, and Hardywood Park are all new to southeastern Pennsylvania in October; I wrote some bits about them at this link. The next big thing? How does the annual release of Tröegs Mad Elf sound?

Upcoming Events
Pottstown, Pa.
Meeting of the Malts at Sly Fox's brewery has the makings of an excellent event to both learn and taste. [Sly Fox Brewing Company]