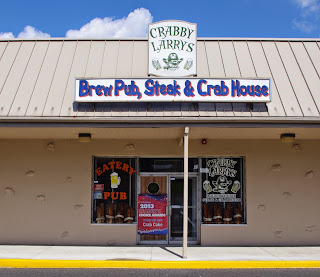 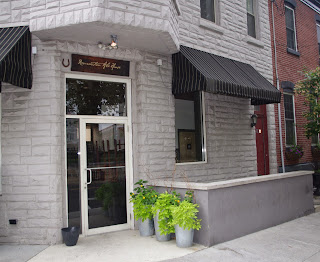 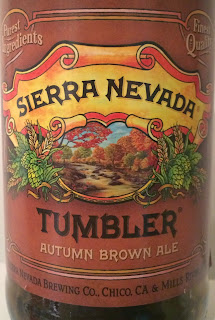 For your consumption, here's a mashup of what I've read, what I've heard, and what I've tasted in the past week. As I mentioned last week as I began to revitalize this feature, the primary focus will be on the greater Philadelphia region first, extending outward as it seems interesting or necessary.

Beer "of the week"
Sierra Nevada Tumbler. I don't recall how many years it's been now that Tumbler has been distributed to Pennsylvania, but after several years of thoroughly enjoying this beer, I'm pleased to see it continue to be sent within the variety case of fall-themed beers, including also the Oktoberfest, Lager, and Pale, each excellent in their own right.

This brown ale resists getting "all Americanized" with a big hop presence. Instead, it packs wonderful flavors of roasted and chocolate malts and is yet easy-drinking at 5.5% ABV with a moderate body weight. Solid brown ales, especially those leaning toward the classic English style, can be tough to come by in today's craft drinking US. Sierra Nevada flies in the face of the west coast hop-centric stereotype and delivers an enjoyable one.

Openings
2nd Story Brewing Company opened on this last Monday, October 21 in the former home of Triumph in Philadelphia's Old City neighborhood. Had wondered if Patrick Jones had been spotted lately and Joe Sixpack reported that he consulted with John Wible at 2nd Story in getting thing up and running.

Coming Soon
On the heels of closing Resurrection Ale House, the owners are eyeing up a new place just blocks from Local 44. [Philly.com]

Closures
Joe Sixpack also reports that Crabby Larry's in Chalfont has closed. Not that much press coming from that neck of the woods in quite some time, so it will be interesting to see how the next project there — Tower Hill Brewery — fares. [JoeSixpack.net]

Interesting reading
I think beer geeks are expected to be so conditioned to respond with acrimonious vitriol. I don't think that's necessary. Sure, Chang says some things that don't necessarily sync with his role in food and beverage and I can't tell if he's more put off my "tasty beer" or the snobbery that surrounds it. What are your thoughts? [GQ.com]

Significant Releases
Moving Parts 02 — "the ever-evolving IPA' — has just dropped from Victory. I should have some tasting notes in the near future. [VictoryBeer.com]

Upcoming Events
The annual fundraiser at Monk's Café tomorrow will have tongues wagging once again for a very good cause. Note that it's a cash-only event. [Monk's Café]

If tomorrow, instead, you're west of Philly, the Pick Fest in Boyertown sounds like a very, very good time — with an after-party at The Other Farm Brewing Company.