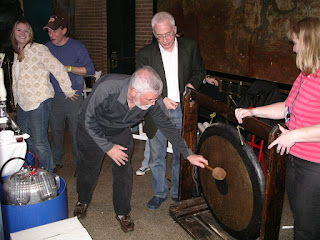 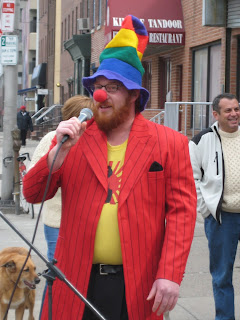 Hope most of you are having a nice day off. Not a whole lot to put on you today other than a couple other memories from Philly beer past. Last week, I shared a picture of Jay Misson and Ray Deter from 2008 when both played a role in Philly Beer Week but sadly are no longer with us.

A couple more dearly departed to share with you here today include Bruce Nichols, a founding force behind Philly Beer Week and Tom Buonanno who continued to be part of the annual soiree until his passing last year.

In the first picture, Nichols is overseeing the closure of The Brewers Plate when it used to be held during Philly Beer Week in March. Fun picture as he supervises Jack Curtin, beer writer. Unfortunately, for all my decent file keeping, I could only find this one photo of Tom at Kite & Key back in '09.

I'll be back tomorrow with more. See you in person in just four days.