Ah yes, and then there was the 90+ degree day of Philly Beer Week. It was bound to happen eventually this year as it does every June. Usually more than just once. It's when the conversation rears up yet again about the glory years of Philly Beer Week when it was held in March ('08 and '09). We'll let that rest for the time being.

Yesterday was my dog Callie's day to finally debut during Philly Beer Week 2016. Course it had to be the hottest day of the week with nary a cloud to provide temporary relief. Lots to do outside, so here we go...

- first up was a benefit for Morris Animal Refuge at Devil's Den. It's where Patty and I adopted our first dog all the back in 1997. At Devil's Den, it was a good thing the Shepherd mix was adopted or a very good chance he could have come home with us. Chef Trowbridge cooked up some dog-themed specialties for the menu and the Double Dog Dare Ya was no joke. Wow. Great dog, pulled pork, and cheese. Perfect start to the day.

- we then moved on to FestivAle on Frankford Avenue outside Johnny Brenda's, Fette Sau, Frankford Hall, La Colombe any many others. This annual festival has grown into a spectacular neighborhood party in Fishtown with live music, food, beverage (mostly beer), and assorted vendors. And, plenty of dogs. At this point, Callie had been having her patience tested so it was a quick Sly Fox Helles Lager from the trailer tap truck, a 2SP Pils, and a stop at a few vendor tents to check out their offerings and then back to South Philly.

- while I attempt to promote as much local goodness during Philly Beer Week as possible, it's impossible to ignore what Deschutes brings to their Street Pub. It's a model that I hope other local breweries can embrace and implement in future years. It's a takeover like none other. A full lineup of regular Deschutes beers, limited beers, and special timed-pourings. Live music (Swift Technique was absolutely killing it on stage). Food by Vetri. And a VIP lounge where Callie and I could hang out without the stress of the crowd. Plus complimentary The Dissident bottle pours. Yup, this was the high point of the day.

- then I had a very good Saltwater Brewing Watermelon Gose but I won't tell you where because of the pathetically shitty service.

- finally, since it still hadn't rained and Free Will was setting up with Evil Genius to show off their respective beers and their collaboration at McCrossen's Tavern near the Art Museum, we made one last stop and sat outside with John Stemler of Free Will as the sun set on day 9 of Philly Beer Week. A good, if not sweaty, day showcasing the best that Philly and region have to offer.

- Sunday will likely see me working through this beautiful Liaison Saison pictured below from St. Benjamin Brewing Company that I picked up on Friday evening. Seems appropriate for another warm June day. 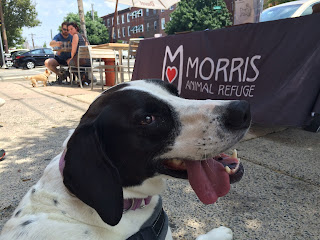 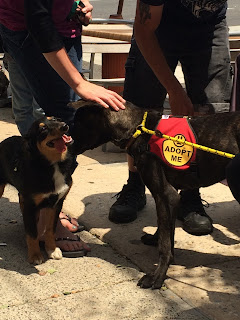 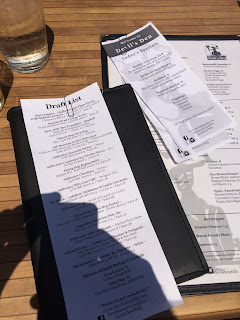 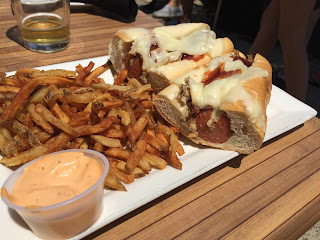 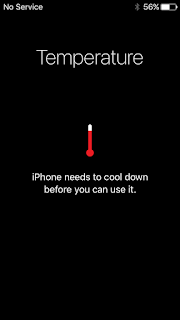 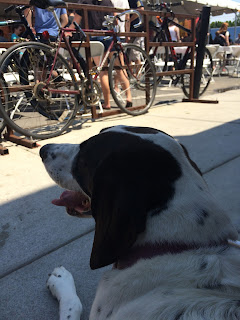 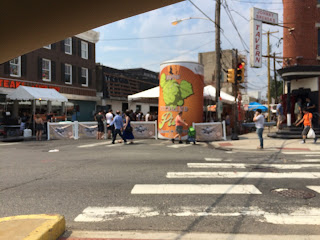 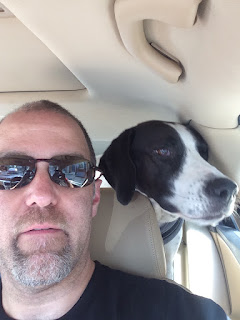 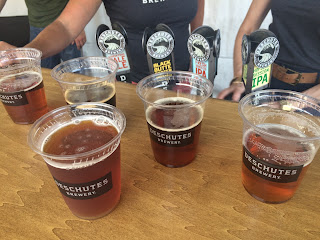 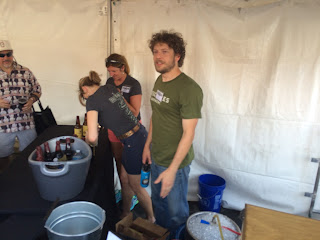 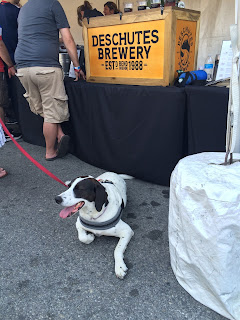 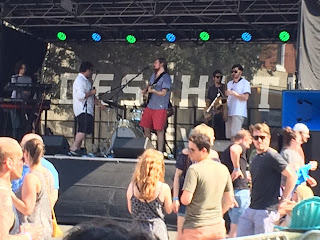 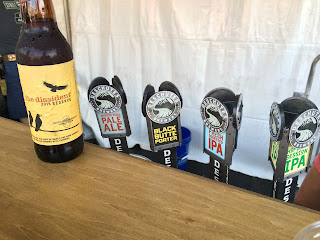 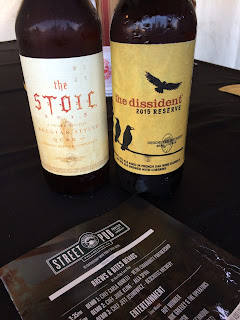 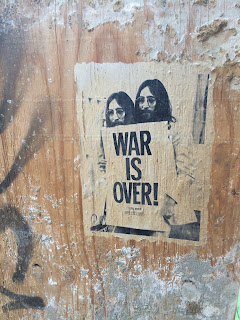 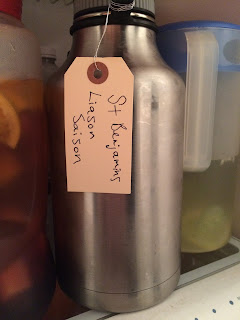