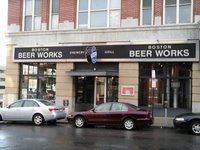 I love to reminisce. I like thinking back in time to observe events (usually personal) and determine the impact they have had on my life. Or, conversely, if I thought they were a bigger deal at the time than they really were. Well, in the case of Boston Beer Works, circa 1992, I had no clue the role that they would play in the beginning of my, let's call it, "better beer enlightenment." I had already been exposed to Dock Street in Philadelphia and now I was on the consummate road trip to Boston with college friends. This is a fun story to tell, because as college stories go (or at least the ones that I can put in print ;-) this is a good one. 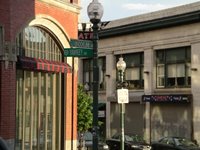 you will indulge me for a few sentences here. My college men's basketball team was in the Division II postseason in Springfield, Massachusetts. If I'm not mistaken, it was during our spring break week in March and Dave hit the road with me on a Wednesday. Unfortunately, the team got bounced from the single-elimination tournament on Thursday. Fortunately, Dave and I had already devised our backup plan in case something like this happened. We were headed east to Boston. And, to fulfill the "more the merrier" cliche, our friend Jen, a cheerleader, signed a waiver of liability (for the school and cheerleader squad) and joined us on our expedition. 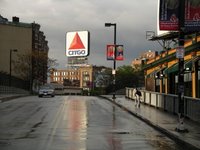 So, as college roadtrips go, we had minimal clothes, plans, or money. But, we had high hopes!! We found a hotel on Boston College's campus, split the bill 3 ways, and headed off to find Boston's best watering holes. Now, keeping in mind that Dave was 21, but I was 20, and Jen was 19 we had no idea how well this plan would work. Well, we found a lovely little bar that for some reason found fit to serve us large goldfish bowls full of grain alcohol and some juices for balance. After getting thoroughly snockered, we then had the bright idea to get some food. (Isn't it supposed to work the other way around?! Remember, this is a college story!) 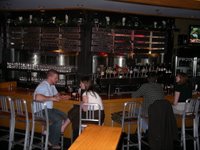