The only thing that was for sure when today began was that we were heading into Philly, taking the dogs to a dog park (Schuylkill River Park), and making a few beer pick ups for an upcoming event.

After a sidewalk lunch at Dock Street, we opted for the westward route out of the city along Lancaster Avenue and found ourselves saying, "hey, I wonder if Jean is at Tired Hands today".

You could argue that I should always travel with my "big boy" camera, but today I did not. However, the iPhone is usually up to the task of taking halfway decent pictures.

So, here are a few from my impromptu and unofficial (but, yet, by me posting this, I suppose it has now become official....phlegh, I'm beginning to lose even myself here) visit to the soon-to-be official location of Tired Hands Brewing Company.

By the way, for a more comprehensive (and usually up-to-date) photo chronicle of the progress at this new Ardmore, Pa. brewery, keep up over at its Facebook page and/or its website/blog. 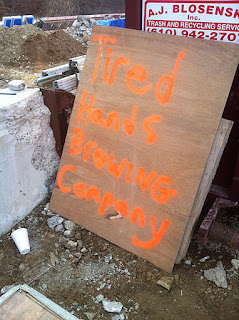 (A temporary reminder amongst the construction site) 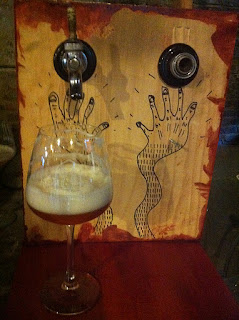 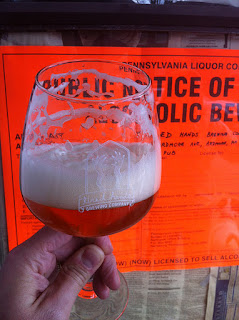 (Someday soon the sign will be gone, but the beer will remain) 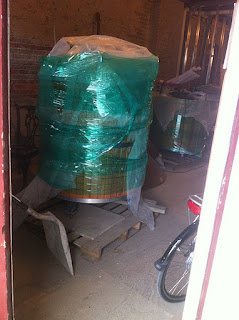 (Tanks onsite and ready to be put into place) 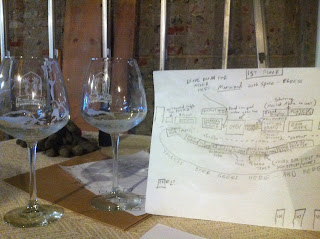 (Don't worry beer geeks, they're planning with you in mind too..i.e. enlarge the picture and read the fine print)