I began taking note of the Italian craft beer movement four years ago (wow, really, it's been that long?) when I was invited to a tasting at Tria. Chestnuts, Baladin, numerous other Italian breweries, and even a couple of sours were the theme of the day.

Forward to 2012, another election year, and more Italian brewers are crashing the shores with their take on better beer. Case in point: Iacopo Lenci, owner and brewmaster from Birrificio Brùton in Lucca, Tuscany. He estimates that roughly 35% of his production is exported to North America and a couple of handfuls of states. Nevulis Beverages is responsible for importing and distributing the beers locally around Philadelphia. 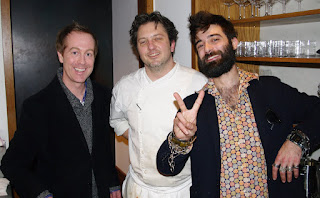 This week, Lenci was making his third trip to Philadelphia when we met up with him at the relatively new a.kitchen just off Rittenhouse Square. That we chose to take up PR Profile on their suggestion to stop by turned out to be one of the best decisions of the week. 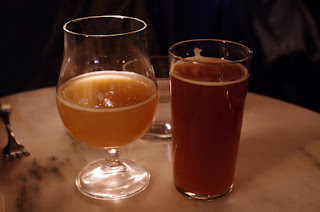 After deciding to make a couple of other first stops (Franklin Mortgage and Dandelion —yes, I really am that far behind), we were sat at a perfect window seat for two at a.kitchen.

The format for the evening allowed customers to either order à la carte food items and beers or purchase four-course meals with the food selections in each course paired one of Brùton's beers.

We opted for à la carte in an effort to keep the visit, at least in our minds, as brief as possible. Of course, one piece of food leads to a beer, which leads to a conversation with Lenci and restaurant GM Todd Rodgers, which leads to a bump-in with wine (and more than a once-in-a-while beer) guy David McDuff, which leads to more food and beer, which leads to chatting with Nevulis' Jeff Banet, which leads to trying to leave and bumping into Monk's Café's Tom Peters, who said Pliny the Younger was still on tap more than 24 hours after tapping it. Of course it was a half keg, not a sixtel like most others received, and there were plenty of other great beers pouring during his very special event the day before, so it's not surprising. Or, PtY has jumped the shark; you be the judge ;-)

Rodgers and Chef Bryan Sikora came up with a spectacular pairing menu. Each dish and each beer could easily stand on its own. Together, the flavors did not battle each other for palate supremacy. And, if there was one thing we said about each beer, it was "I could drink this beer all night".

And we probably could have. Well, perhaps with the exception of the Dieci, which weighs in at around 10% ABV. But, yet again, it was beer whose aroma and flavors stole the show, leaving us slackjawed that it could be a 10% beer.

A quick rundown of the food and beer we enjoyed includes: 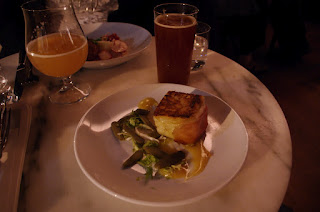 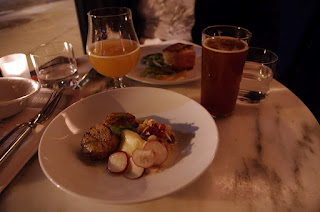 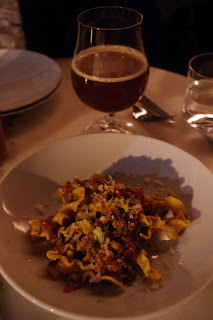 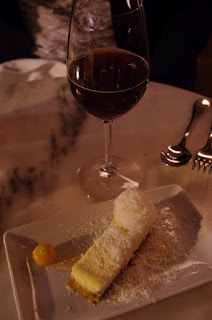 During this extremely worthwhile Tuesday night in Philly, there were two primary takeaways. If a.kitchen is still a bit under, or even off, your radar, you should really consider bumping it up. It's not as if the restaurant has not been gathering critical acclaim both locally in Philadelphia and beyond. From what I gather from talking with many both in and out of the city, a.kitchen is not yet a household name for foodies. My gut tells me, though both figuratively and literally), that this is changing, and changing quickly. The awarding of "three bells" by local critic, Craig LaBan, won't hurt either.

The other takeaway is Brùton's beers. They're available by the case in Pennsylania and will soon be also by the 30-liter keg, according to Nevulis. As I mentioned above, these beers (particularly Bianca and Lilith, which will become even more appealing in the warmer months) stand very well on their own at the same time as being extremely food-friendly. 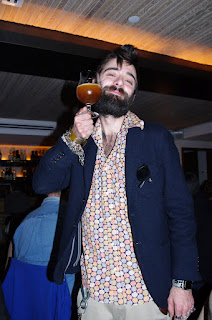 Word has it that if you've missed Lenci and his Brùton's beers in the past, there continues to be more of it coming stateside and he's due to return personally in just a few short months for Philly Beer Week.
Written by Bryan Kolesar at Friday, March 09, 2012