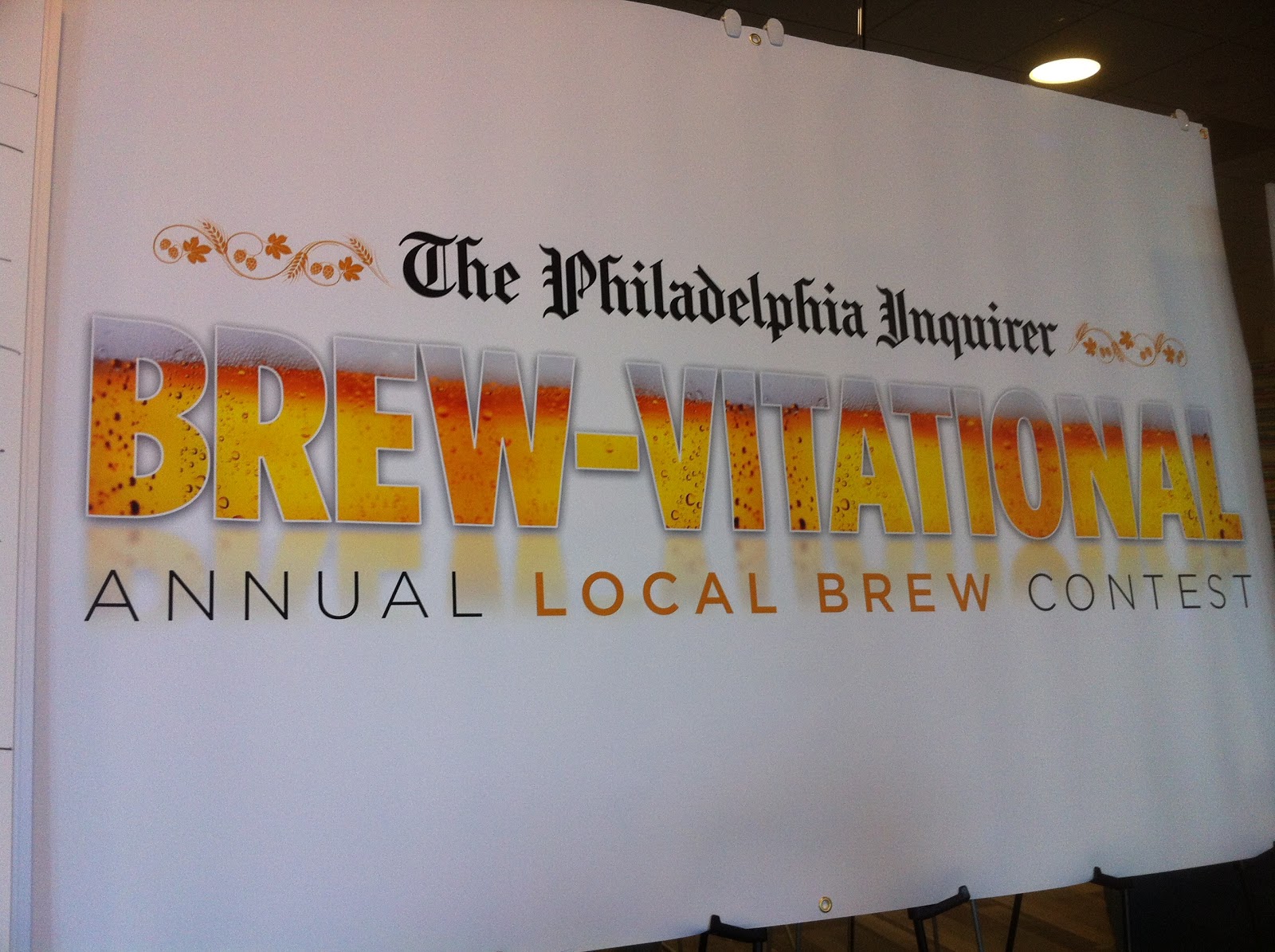 See, I'm extremely proud of the outcome, not because the results were nearly in line with my own personal scoresheet, but because of the strong showing of all the breweries and their submissions.

I was most pleased with the Pilsner category. Allow me to explain. (And stick around for the pictures at the end.)

As I mentioned in the judges interview, Pilsners have a special place in my heart dating back to the Pilsners of the early 90s from Dock Street and Stoudt's. I can drink the big over-the-top in every way (hops, alcohol, esters, coffee, fruit, etc., etc.) beers with the best of 'em and enjoy them all day and night long.

But, at the beginning and end of it all, I have the utmost respect and appreciation for the brewers that can nail a Pilsner with the perfect profile and refreshing balance of malts, noble hops, and clean finish. As most brewers will attest, it's not the easiest style to master.

Here in the Philadelphia region, which seems to generously extend from south-central to northeastern Pennsylvania and even over in to south Jersey and maybe even northern Delaware on an occasional day, we have an ever-growing reputation for brewers with an expert knack for consistently cranking out top-notch Pilsners.

Think Dock Street, Lancaster, Sly Fox, Stoudt's, Tröegs, and Victory for starters. These days, you may have heard of some solid Pilsners coming out of the newer Neshaminy Creek (I named them one of the most memorable of 2012) and Gunpowder Falls (out in York County I told you about a couple of months ago).

We had a bit of a lively discussion after we submitted our individual judge's scores where I, and a few others, took the position that "imperial" Pilsners had no place in the Pilsner category that we were judging.


(You can see a video of how some of the tasting/judging went down via this link.)

My thoughts and comments went along the lines of the following:
I'd sent these follow-up notes to Craig LaBan as we reflected upon the judging results. It was the second bullet that really sent me to further reflection. Every opportunity I had to share my judging experience from Atlanta to San Francisco to Los Angeles with supposed appreciators of better beer just could not completely wrap their heads around the idea that Pilsners could be interesting enough to judge a whole panel of them, not to mention that in the world of beer geekery, Pilsners are just not interesting enough. (Unless it's a hot summer day and you just want to chug something alcoholic and on and on with the seemingly endless canned, and stereotypical, responses.)

Well, I think I've put more than my two cents out there on the topic of Pilsners. It was a true treat and a monumental challenge, to say the least. My approach was to quickly sniff and then sample a small taste to see if I could discard any immediately strictly based on any obvious aroma or flavor flaws. There were none. Well done, my local brewers. Well done, indeed.

Lest you think I've gone off the rails from my earlier comment, I likewise could not have been more pleased with the New Beer category. Did I name a 10% beer a best-of? I sure did. It was bursting with all the wonderful flavors that I mentioned in the video. My praise, while a bit effusive, was genuine nonetheless. There were some wild sensory rides from some of the beers in the various categories and the top three were well-deserved of their finish place.

By the way, did I mention the results? You may have already read up on the final results. Here they are below, with my judged ranking in parentheses.

Now, for the visual evidence. Don't waste time, though, looking for photographic evidence of the elusive ringleader of this competition, Craig LaBan. He played the role well in guiding us through the competition and the approach. But, publishing photos of the longtime (hard to believe, fifteen years now) food journalist for the Philadelphia Inquirer would not have been the prudent thing to do if I wish to be considered for future similar gigs, now would it?

Big cheers to all of the winners and bring on Philly Beer Week 2013. 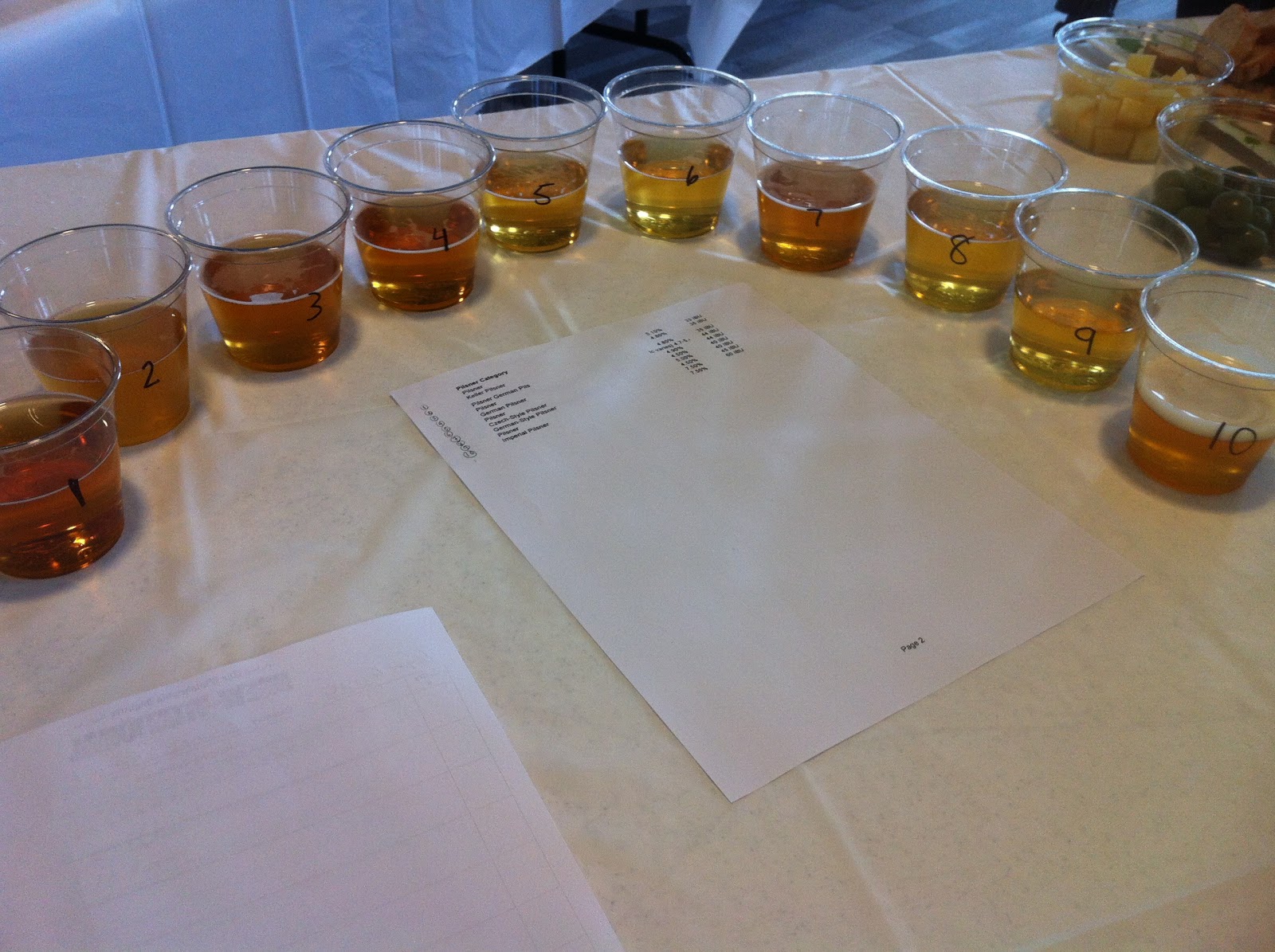 (First up: the Pilsner category of ten.) 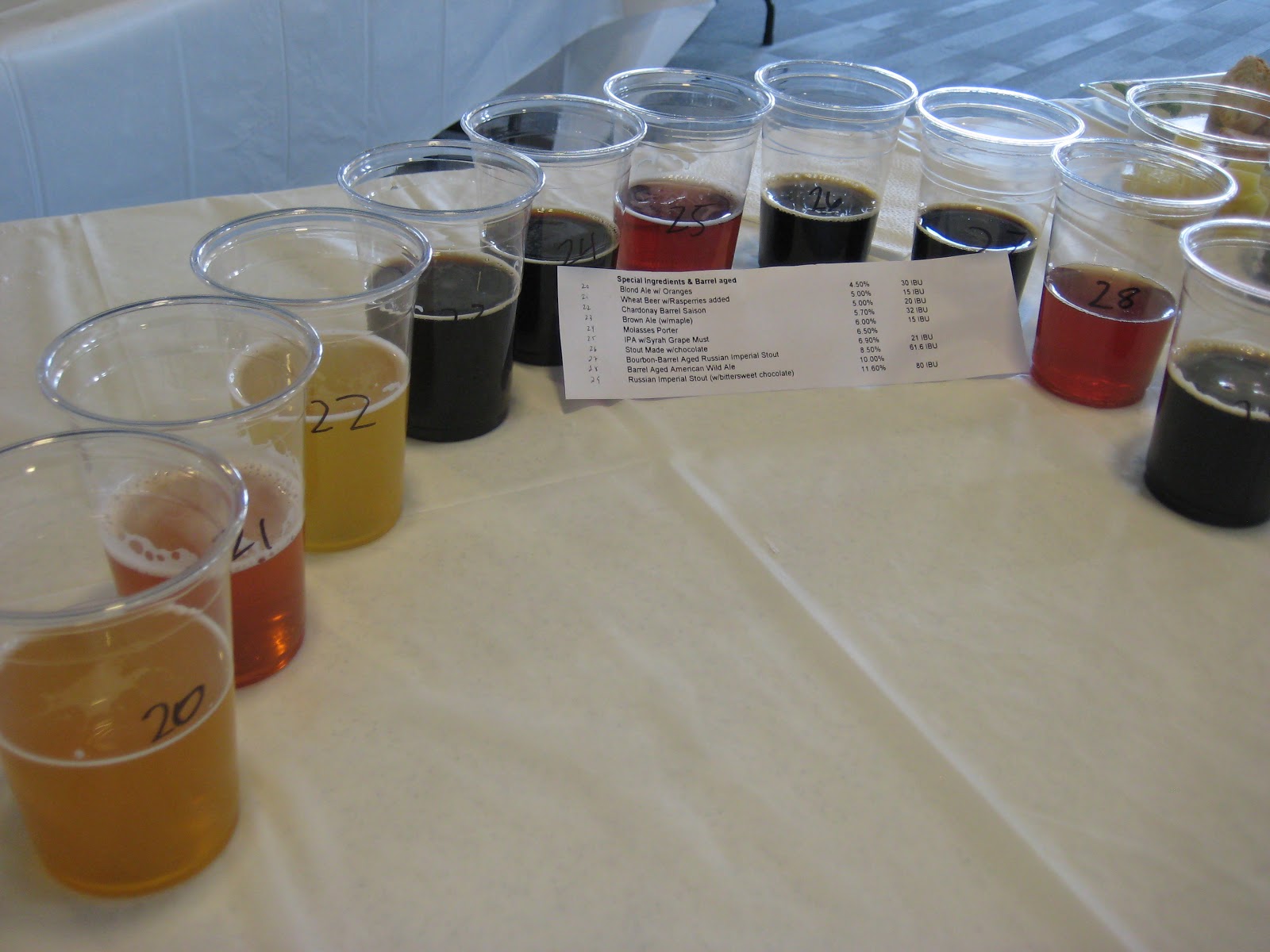 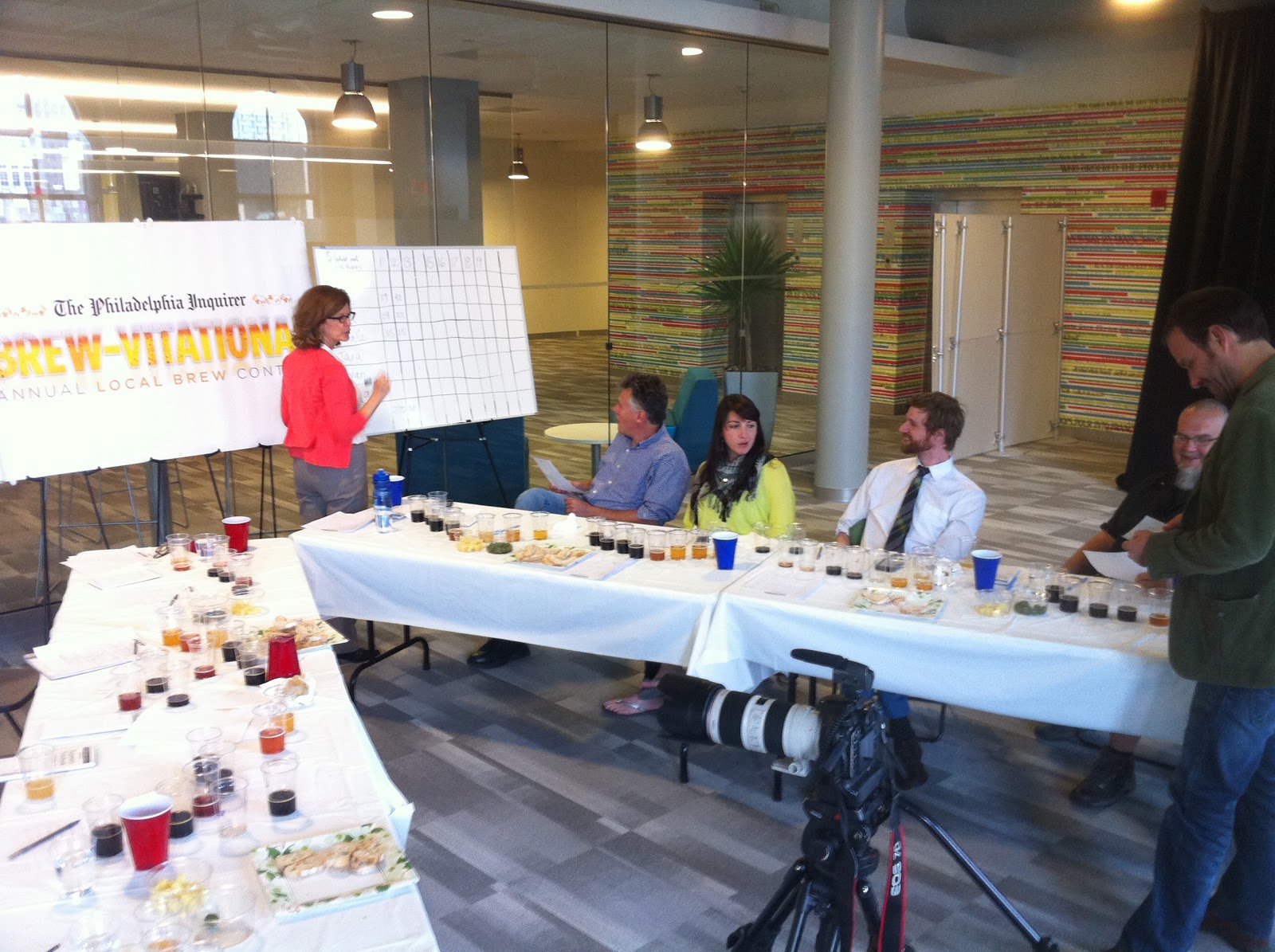 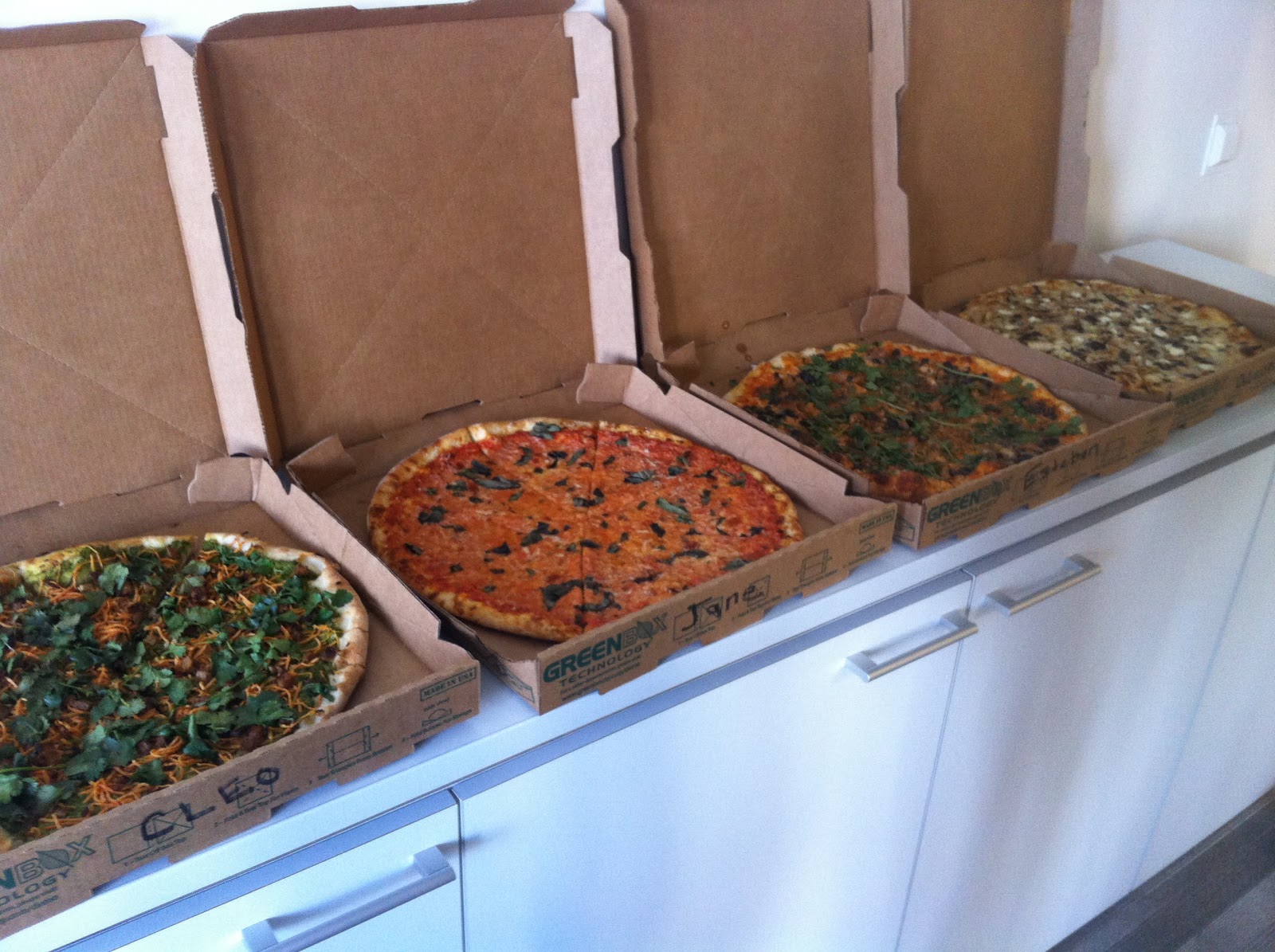 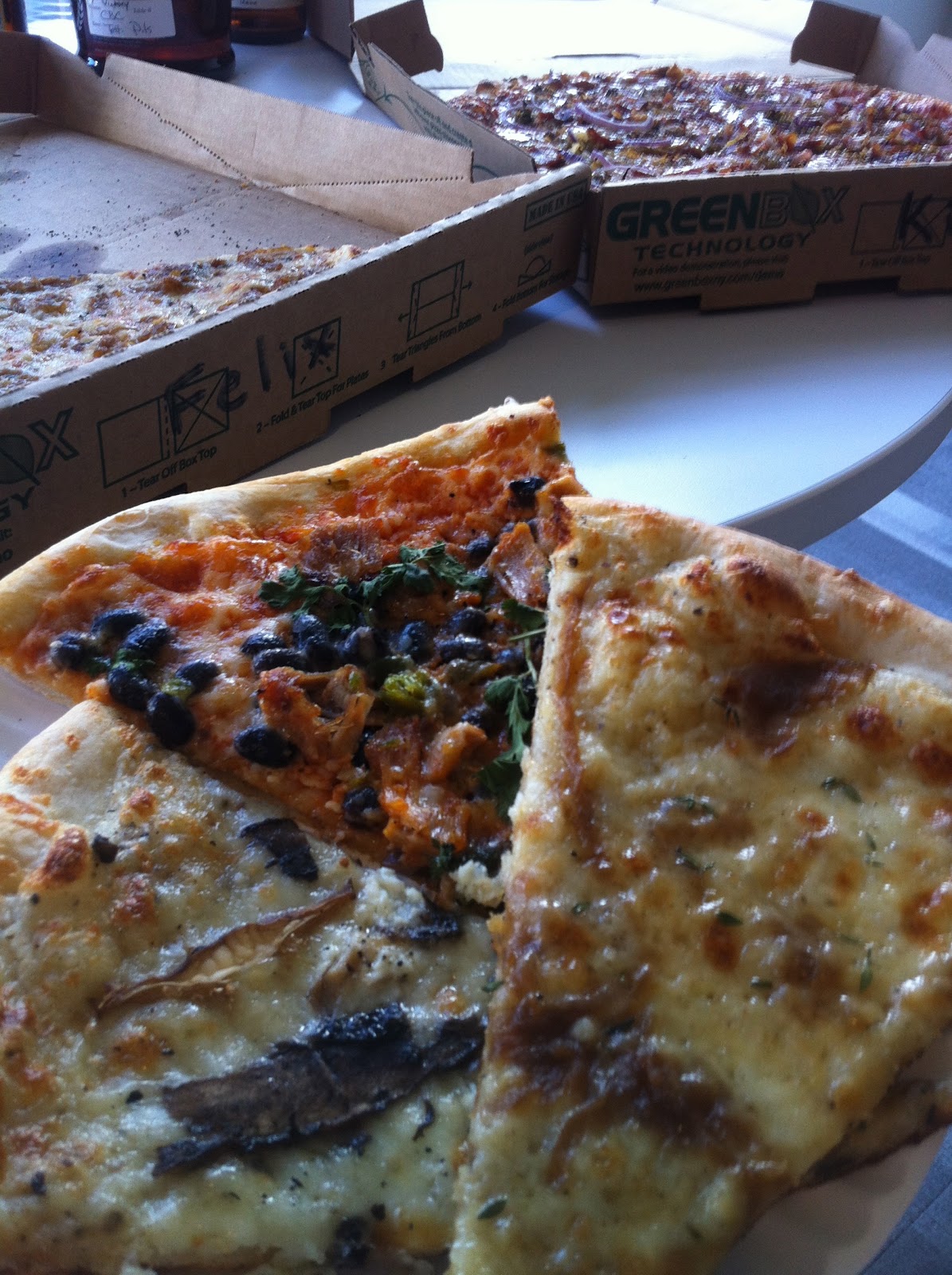 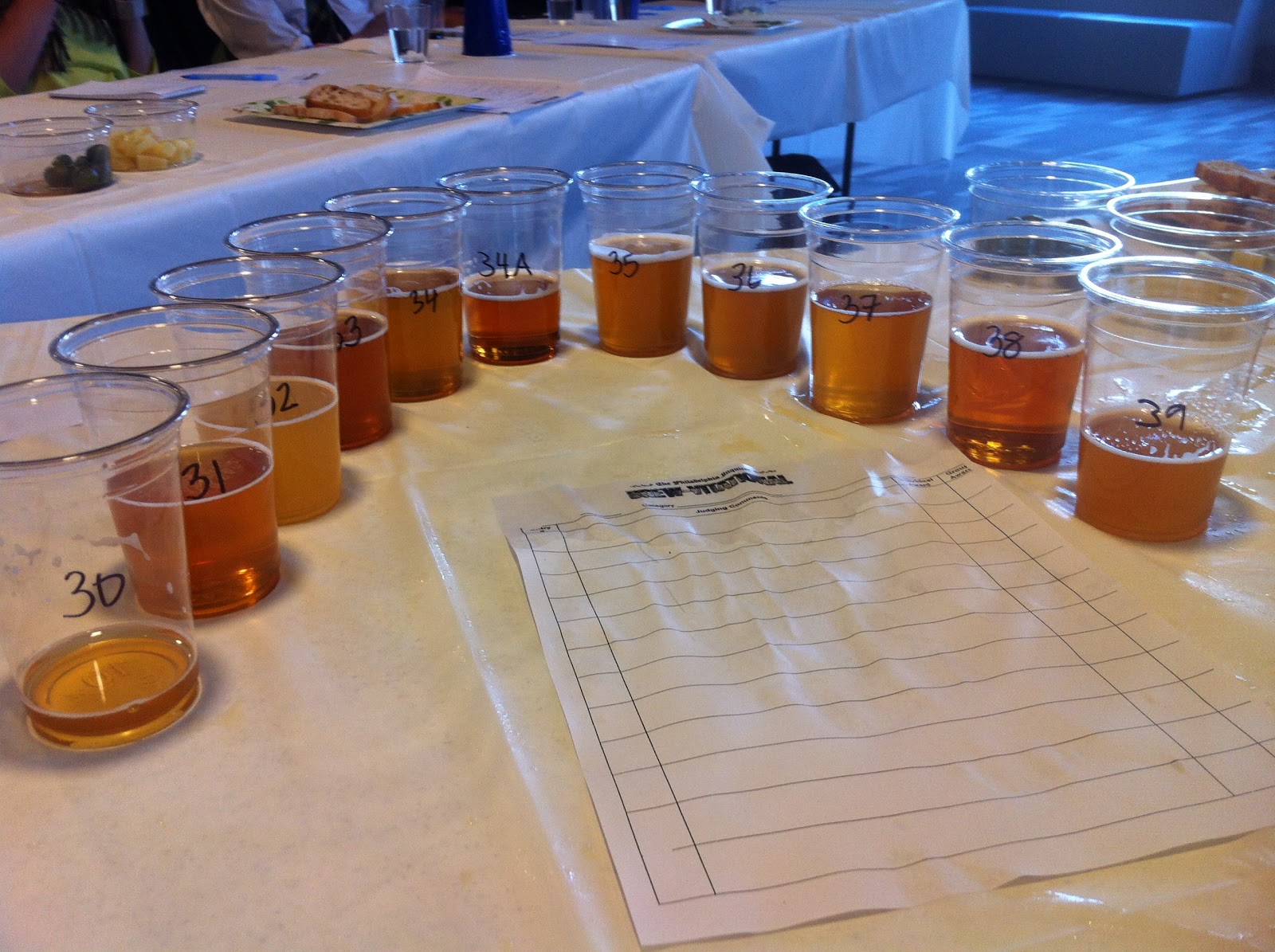 (Then the Belgian-style category, oh my.) 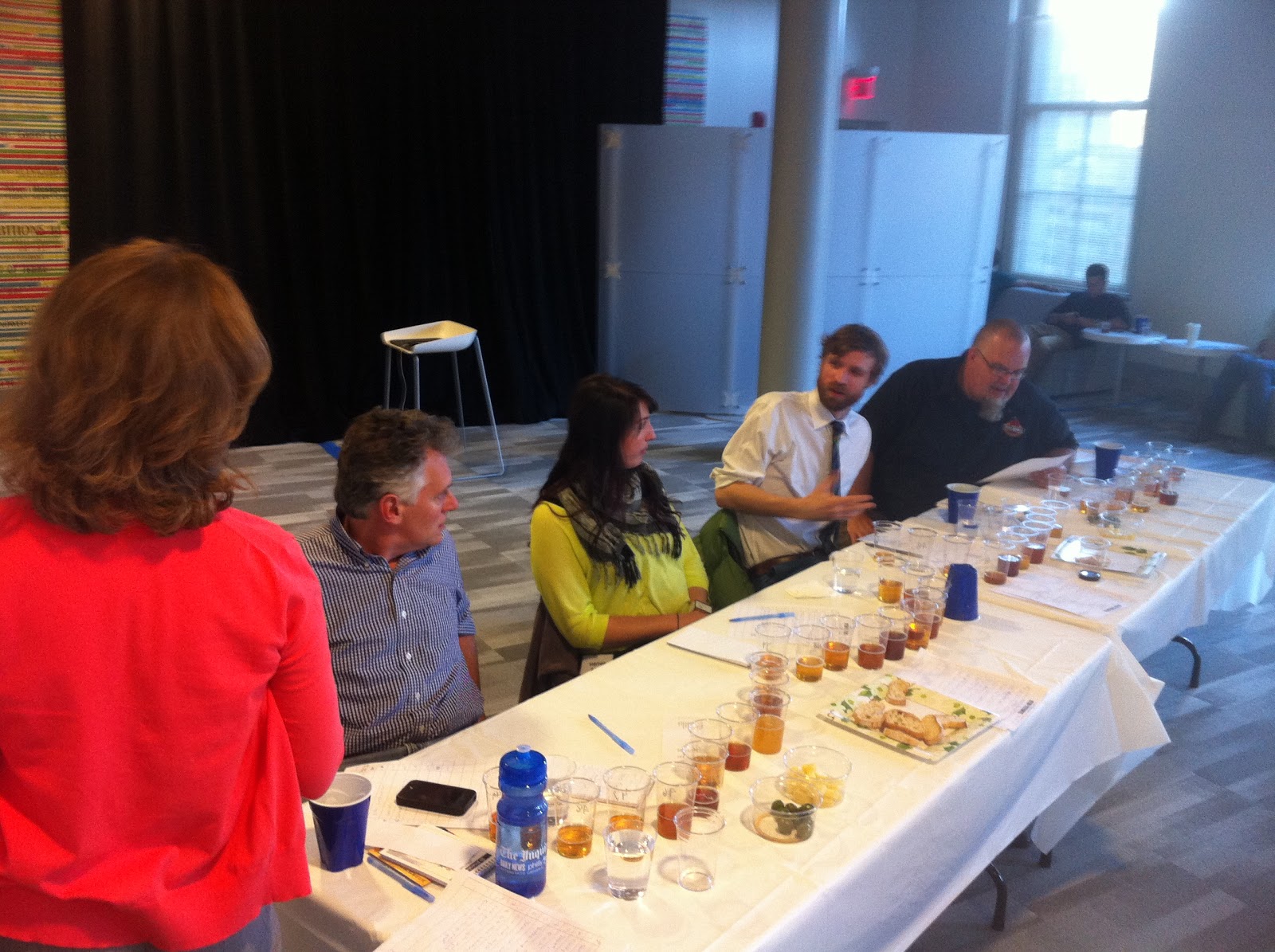 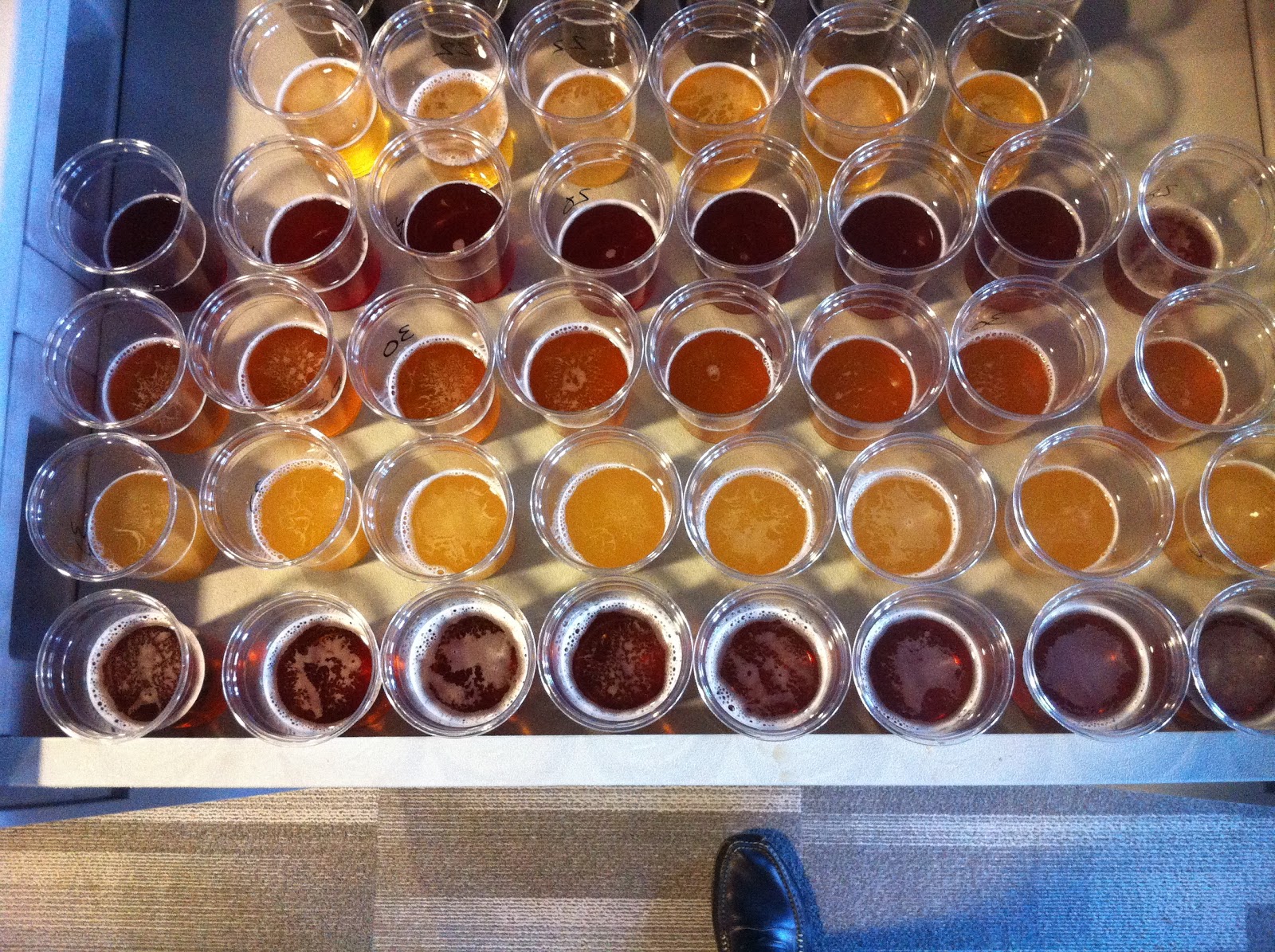 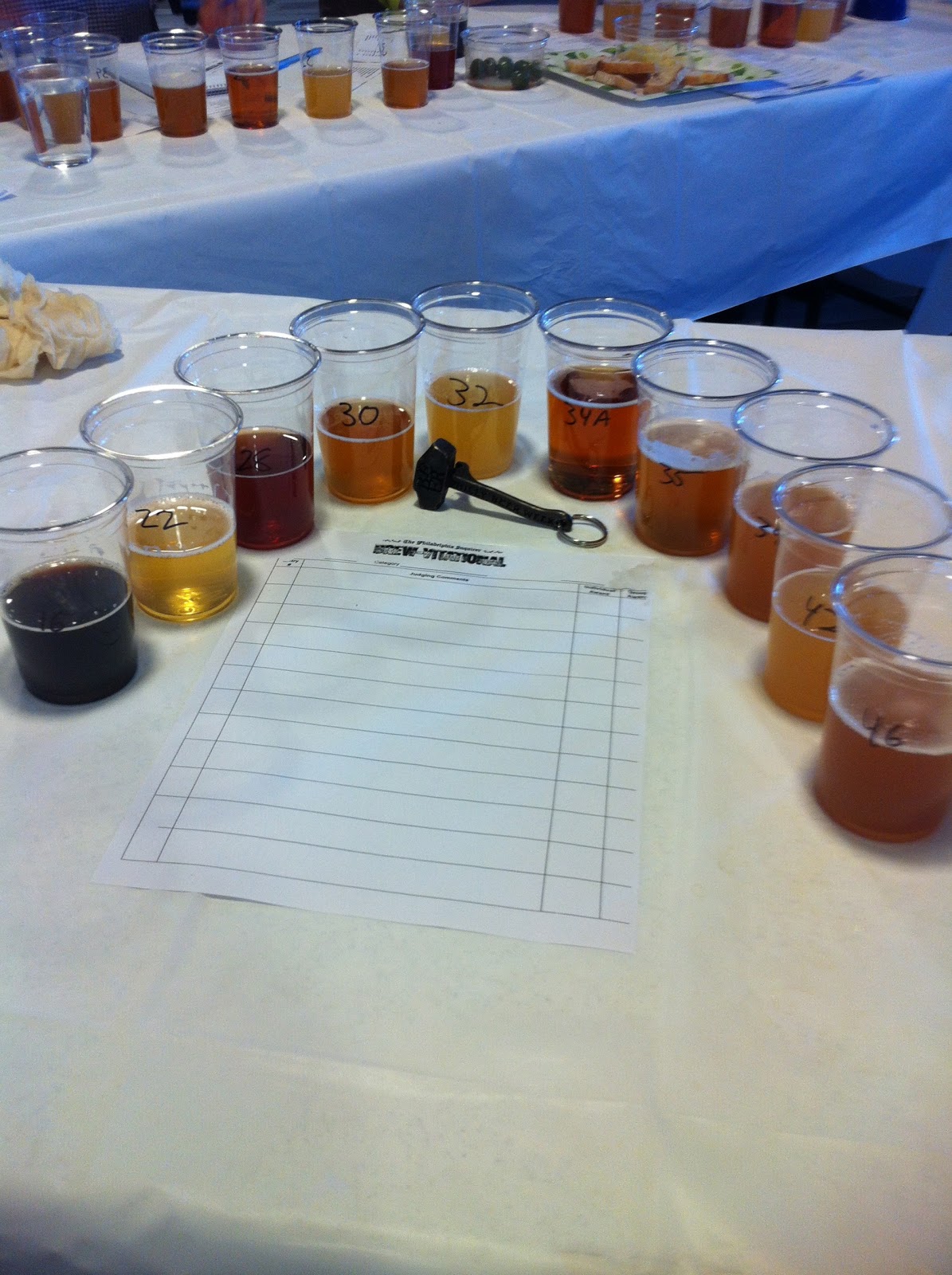 (Final round in the New Beer category.) 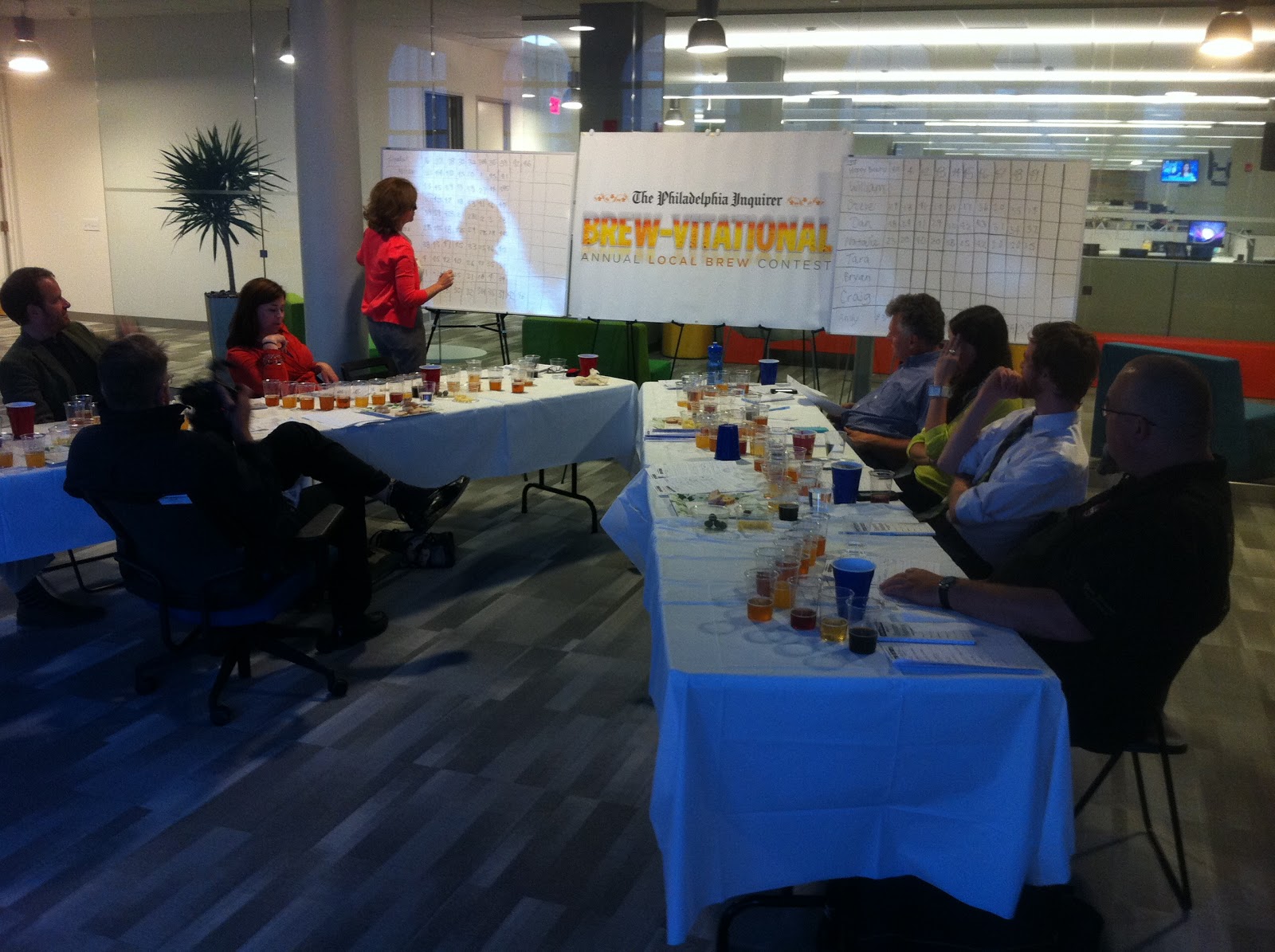 (Coming down the home stretch. In addition to those judges already mentioned at the right table, William Reed and Tara Nurin at the left table.) 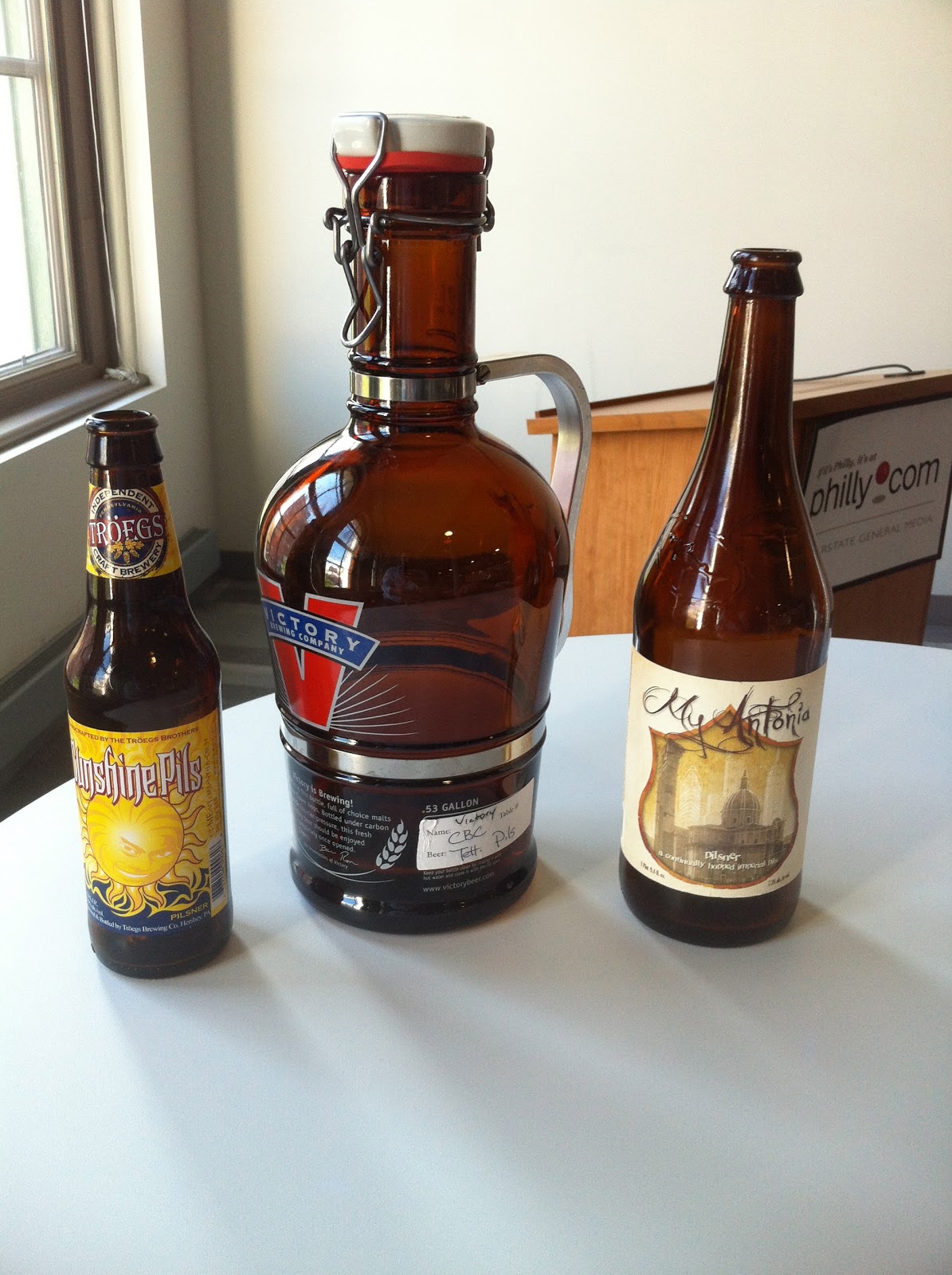 (the top 3, from left, in the Pilsners category.) 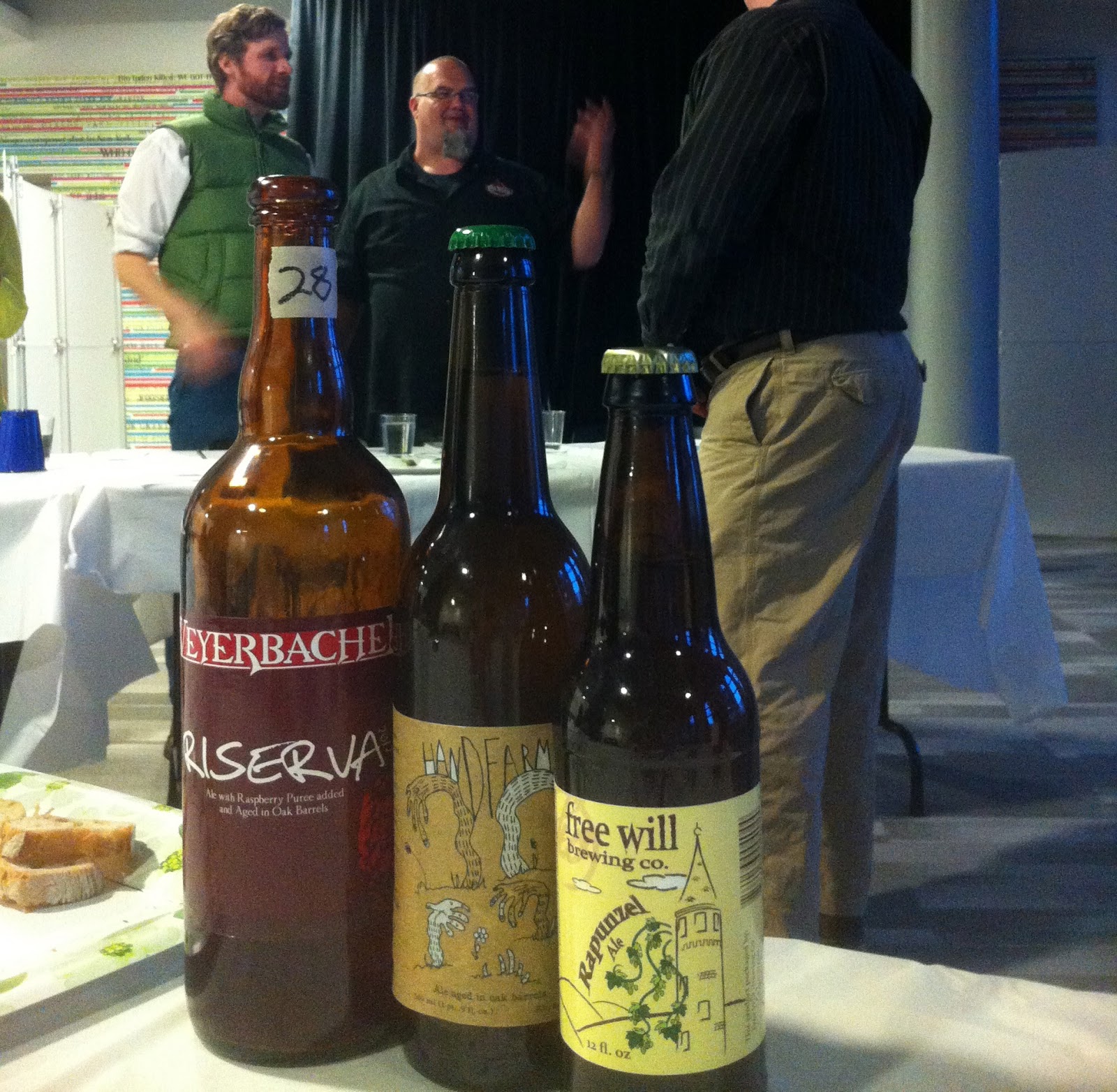 (the top 3, from left, in the New Beers category.)