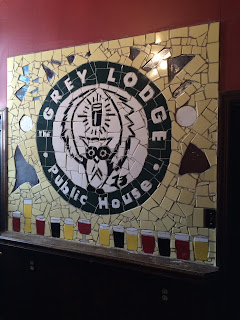 (New tile work at Grey Lodge Pub)
Six beer events and one concert in barely two weeks is sure a lot for an aging guy. An aging beer guy like me, though, knows no quit but getting caught up around here continues to be quite a challenge. There's still a lot of beer-y goodness out there, despite many cries of growing mediocrity. My job is to point you in the direction of quality new stuff happening as well as those that continue to do it well through the years. 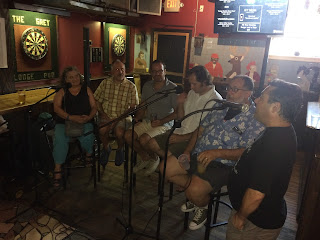 (Panel discussion with, from left - Nancy Rigberg; Gene Muller; William Reed; Brian O'Reilly; Lew Bryson; and Scoats)
Grey Lodge Pub in Philadelphia falls into the latter grouping. Last Saturday, August 13, owner Mike "Scoats" Scotese and his team celebrated the legendary bar's 20th anniversary. The party began in the afternoon with a panel of folks that were part of the beer scene twenty years ago. In the video below, from left to right, you'll see Nancy Rigberg (Home Sweet Home Brew store), Gene Muller (founder of Flying Fish), William Reed (co-owner of Standard Tap and Johnny Brenda's restaurants, as well as President of Philly Beer Week), Brian O'Reilly (Brewmaster of Sly Fox Brewing Company), and Lew Bryson (renowned beer and whiskey writer). The panel discussion lasted for approximately 45 minutes and covered both the serious and the silly. The ten minutes I included below capture Scoats' introduction of each panelist. 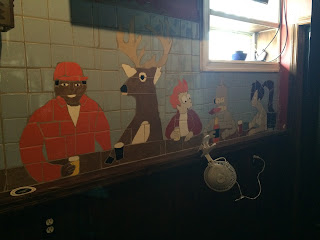 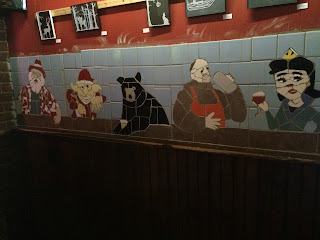 (New tile work at Grey Lodge Pub featuring annual special events)
For the oft-decorated bar ("Best bar" this, "Best bar" that) that has built a reputation of having some of the most uniquely themed events through the years (many coinciding with the calendar - 1/20 Day; Groundhog Day; 4/20 Day; Xmas in July; Beer/Deer Season; etc.), this 20th anniversary celebration was rather tame by comparison. A fun, but thoughtful, look back over the last 20 years by the panel. A gathering of familiar faces telling stories of firkinteenths and groundhog days past. A special (but special-as-always) draft beer list. Live music. And an extended kitchen out front on Frankford Avenue. No Hawaiian shirts, feats of strength bar games, or other hilarity that typically ensues. But, maybe just maybe that's another part of the secret to the success of the Grey Lodge - no need for a huge, over-the-top, attention-grabbing celebration event. They've already got the regional (and neighborhood) beer loving public's attention at the quintessential neighborhood Philly bar. Congratulations again to the whole Grey Lodge team and thanks for all the beers.

p.s. This could be the most useless post script to share with you. Though, if you should ever by chance again see the kitchen serving up a special deer sausage sandwich with mushrooms and onions (and presuming you're not giving the vegan lifestyle a try), do not turn it down. It was one of the menu items being cooked up by the chef on the front sidewalk and I took one along for the ride down the Boulevard. One of the most excellent things I've had to eat; a touch of irony that this came the day prior to the S.E.E.D. Vegan Food and Beer Festival that I shared with you yesterday. 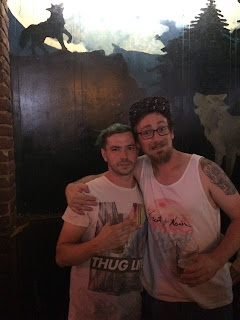 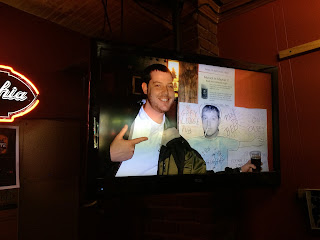 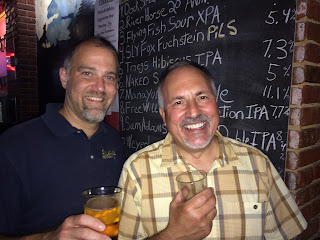 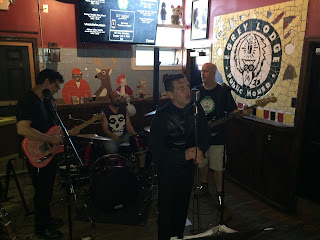 (Live music into the evening) 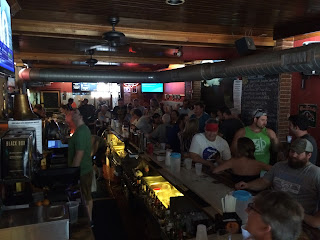 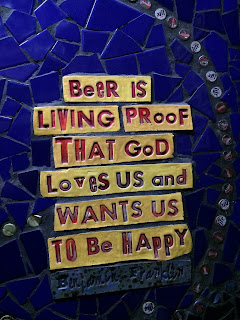 (No matter the attribution controversy, still a very nice sentiment)