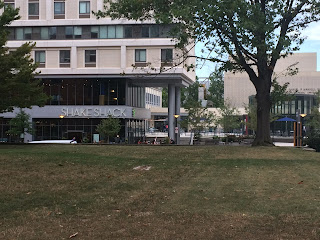 (Shake Shack in University City, Philadelphia from Drexel University across Chestnut Street.)
This Shake Shack model seems to be working, you think? Last week the company opened its 100th location (in Boston) and the same night in Philadelphia they worked with Doug Mashington from Yards Brewing Company to put on a beer dinner featuring some of both company's finest. 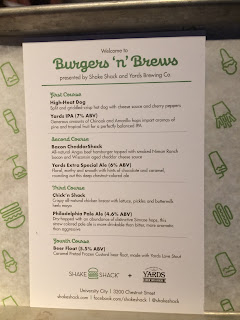 (Four courses of Yards beer and Shake Shack sandwiches.)
As a testament to both Yards' and Shake Shack's popularity and drawing power, around 60 pre-ticketed reservations had been made at the restaurant's University City location. Given the number of beer events that dot the calendar and landscape these days, that's quite an impressive showing without a doubt for a sticky Tuesday night in August?

First up was the High Heat Dog with cherry peppers, cheese sauce, and crinkle fries. The Yards IPA, a beer that's been inexcusably off my radar for some time, did a mighty fine job cutting through the cheese sauce.

The second course featured Yards' ESA, darker and more malty than I ever recall. Yet, in this way, was perfect aside the Bacon CheddarShack - an Angus Beer burger topped not just with Wisconsin aged Cheddar, but also smoked Niman Ranch bacon. This was my comfort food course. The fourth course was a beer float made with Yards Love Stout. It was fine, but maybe that was because I was still riding the high of the third course.

The third course pairing of the relatively new Chick'n Shack (with an herbed buttermilk mayo and generous layer of pickles) stole the night as it was paired perfectly with the Philadelphia Pale Ale. Mashington said something to the effect of "...what more do I need to say about Philly Pale?" On paper, the description read "...is more drinkable than bitter, more aromatic than aggressive". I couldn't agree more and only left me wondering which was superior - the tender chicken sandwich or "the city's" 4.6% ABV pale ale.

Oh, and for my Philadelphia locals, you might already be aware that the 101st location has landed inside the new addition to the King of Prussia Mall. 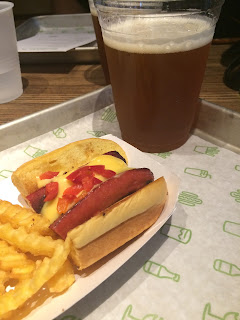 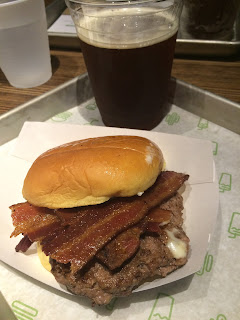 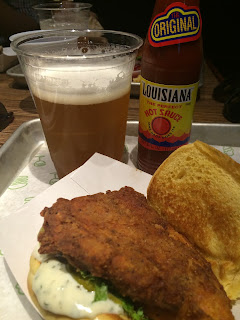 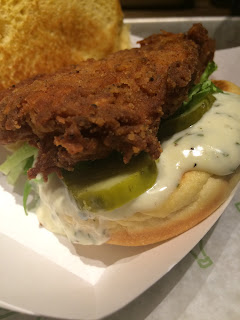 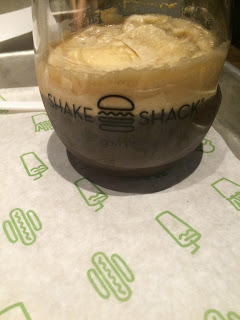