Meeting of the Malts returns to Bethlehem on August 23, 2018 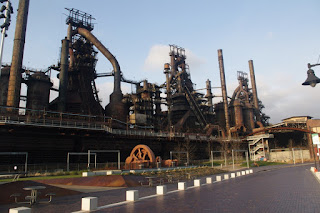 Titans of the craft brewing industry will reconvene where the once-titans — Bethlehem Steel — of its own industry, called home. This multi-faceted event, now in its seventh installment, has turned into quite a nice evening of discussion, pairing, and tasting at a unique venue. A couple new out-of-state brewers join the panel this year alongside Pennsylvania brewers and the sampling portion of the evening will showcase 15 PA breweries.

The event is conducted by Brewers of Pennsylvania and its press release follows below.


2018 Meeting of the Malts
Brewers of Pennsylvania Welcomes First-time Participants Founders and Cigar City
HARRISBURG, PA (6.20.18) — The Brewers of Pennsylvania (BOP), the state’s official brewers guild, has released its event details and list of panel participants for the 2018 Meeting of the Malts, the association’s popular annual event that gathers the most acclaimed breweries to discuss the state of the craft beer industry.

“Craft beer is thriving in Pennsylvania, and Meeting of the Malts, now in its seventh year, continues to serve as the state’s primary meeting place to discuss the industry’s important successes and challenges from legislative issues to craft beer trends,” said Dan LaBert, Executive Director of the Brewers of Pennsylvania. “If you are a brewer or simply a fan of the craft beer scene, Meeting of the Malts is a must-attend event. We expect as strong a turnout as last year, which welcomed hundreds of attendees who listened to and learned from our industry’s most successful brewers, as well as promising peers who are in the trenches producing the very best craft beer in the United States.”

Draft Magazine has named Meeting of the Malts as the #12 (out of 101) rated beer experiences on the industry bucket list. While several panelists have participated in previous Meeting of the Malts, new to this year is Mike Stevens, Co-Founder and CEO of Founders and Joey Redner, Founder of Cigar City. Founders has been ranked in the top breweries in the world by Ratebeer.com for the last five years. The brewery has won six World Beer Cup medals, four European Beer Star medals, and three Great American Beer Festival medals.

“Founders has been a part of the industry now for twenty-one years, and when I first got into the business breweries like Sam Adams and Yuengling inspired me to follow my passion,” said Stevens. “I’m truly honored to be a part of this event and share the stage with such accomplished brewers, and I look forward to a spirited conversation.”

Cigar City has won a Gold Medal for its Humidor Series IPA at the National Beer Championships and a Gold Medal at the Great American Beer Festival for its Minaret ESB.

Following the panel discussion will be a four-course dinner from 7:15 p.m. – 9:30 p.m., each course being paired with a beer from select panelist’s breweries. During the meal, the BOP will host a Beer Silent Auction , an opportunity to bid on unique and collectible items from a variety of breweries including autographed, one-of-a-kind items from the country’s finest breweries.

For the second consecutive year, Meeting of the Malts will also include the Legislative Growler Awards, an honor that recognizes a person or organization the BOP considers a partner in the industry, one who continually strives to promote and protect Pennsylvania’s craft beer industry. Honorees will be announced at a later date.