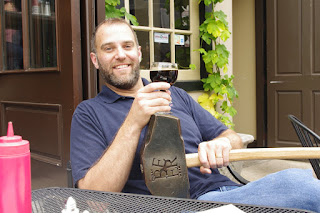 (If you know me well enough, you know how uncomfortable I am putting this picture of me up top, front and center. But, I very rarely do this and, well, I kind of like the picture)
From year to year, Philly Beer Week (really, it should be called an imperial beer week because, you know, it's ten days, not seven) looks much the same, tied together with a dizzying lineup of beer events from simple tastings to educational experiences to creatively raucous events to extravagant food pairings. This year, though on smaller scale with less participating establishments and less overall events, will likely be no different.

At this point, you're probably counting the minutes until the end of your work day so you can get out 'n' about chasing the Hammer, or meeting up at events scattered through the city, including Opening Tap later tonight. Or maybe you're already out there in the soup. Don't forget to hydrate; it's gonna be a tough one out there today.

Follow along here long enough and you should know you can count on me to check in both here and on the socials as I make my way through my own custom-built PBW schedule. Since it's never possible to take in everything, or even everything you begin the day expecting to see in person, each person's view of PBW is a rather personal one.

With ten years of PBW under our belts now, and with me there every step of the way both writing about it and attending (and, of course, if you know your Philly beer scene, you know I don't confine myself just to PBW, but the year-round "event" that is Philly beer), here is my own version of a Top 10 list that I've witnessed from 2008-2017. Will there be anything to add to the list after June 10. Time, and beer, will tell.

#10 - You know what? I came up dry on a #10. So you tell me from your experience, what has been one of the most memorable, the most important, the most identifiable aspects of Philly Beer Week?

#9 - Philly Beer Run
I'm often told I don't toot my own horn enough. Prior to the first PBW, I conducted fun runs in conjunction with area breweries in both the city and suburbs. In 2008, I conducted a PBW running event that began at the Art Museum and ended at Dock Street. No one else did such a thing at that time and some in the beer world derided me for mixing the two. Around 25 people showed up. It was free and Dock Street donated their space, pizza, and beer. The following year I did another event and attracted 52 runners. So did Bishop's Collar, which attracted Adam Avery, Steve Beaumont, Sam Calagione, Brian O'Reilly, and Tom Kehoe (on moped!). Fishtown Beer Runners was founded around the same time. I got a little sappy after my 2010 event. I continued to conduct these running & beer events during PBW in the form of races, scavenger hunts, simple fun runs, and peaked in 2012 with a real, bona fide 5-k race starting and ending at Dock Street. 400 people showed up and paid $40 each on a brutal 90+ degree day. It was pretty damn epic if I do say so. I took the show to San Francisco Beer Week too, conducting beer runs with local breweries. These days, beer is found in countless fitness forms from running to yoga to can jam, etc. I don't claim to have started the phenomenon, but I am beyond proud of being a part of the "movement" that took place during PBW over the years. 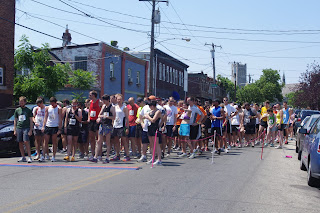 #8 - T.T.U.D.
Fergie's plays a big part in the year-round celebration of great beer and great times in Philly with its wonderful atmosphere, events, and consummate host, Fergie Carey. The T.U.D. (totally unnecessary drink) event became a real thing in 2008 (or was it 2009) where countless fans of great beer joined up with brewery personnel and descended after their last day's events concluded to unwind with unnecessary beers and unnecessary, but incredible, karaoke. 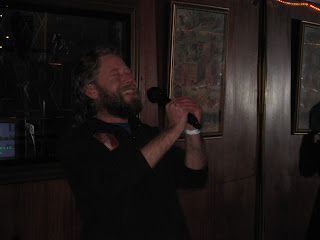 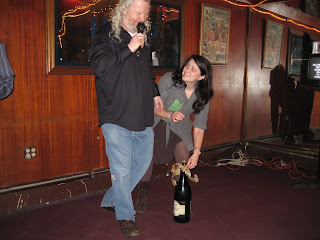 #7 - Philly Beer Geek
Every industry has its know-it-alls, but let's admit that beer geeks are right up there with the fiercely-knowingest of them all. The PBG competition lasted for quite a few years and attracted some of the brightest individuals who may know more than some certified cicerones. And the judging panels were usually an enlightened bunch of beer personalities (except in 2010, the year that I was on the panel), which made the event all the more fun. 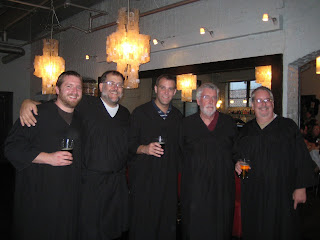 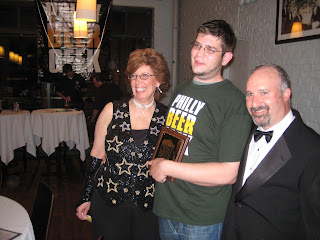 #6 - Fritz Maytag at Four Seasons
The Four Seasons was part of the city's beer scene for a little while, hosting events with Dock Street during the year and, in 2009, hosting one of the most celebrated and important figures in American Craft Brewing history — Fritz Maytag of Anchor Brewing in San Francisco. My unscientific feeling is that this was a time when beer began finding its way to places and on to menus previously inconceivable. 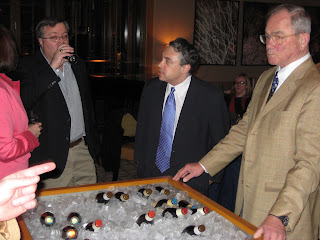 #5 - Throwdown in Franklintown
For many years, Kite & Key was a integral part of PBW, typically requiring more than one stop during the ten days because of the events and the beers and the guests. One of the signature events was the Throwdown In Franklintown. Street closure and the occasional police participation added to the over-the-top spectacle of brewery personnel battling each other in raucous events. K&K still does its thing very well throughout the year and is probably worth a stop when you're in the neighborhood for PBW. 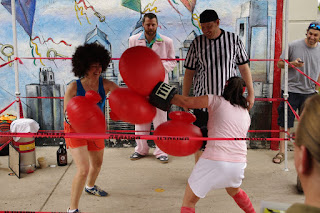 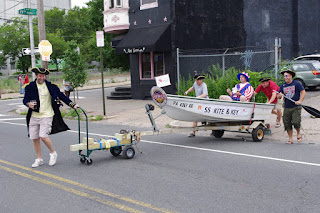 #4 - The Brewer's Plate
When PBW was held in March in 2008 & 2009 (pause, sigh, sip, roll eyes, sip, repeat), it also included The Brewer's Plate, which still goes strong in March and is now at The Kimmel Center. What a fantastic cornerstone event this was to be part of PBW. 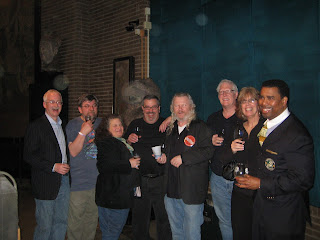 #3 - Visitors from near and far
PBW, particularly in its early years, attracted not only consumers from around the country and world, but also brewers too many to count. "Rock star" brewers were everywhere in the city (and the suburbs occasionally) and the crowds followed, no doubt elevating Philly's already strong and credible beer scene as a legitimate beer destination. As you can see below, Curt Decker (then of Nodding Head, now Second District) was often at the center of it all. 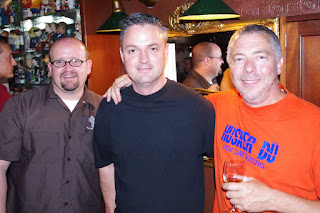 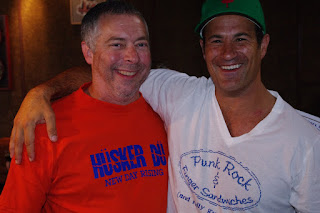 #2 - Hammer of Glory
The Hammer of Glory became synonymous with PBW in 2009 and has been carted around the world, been hijacked, been recovered, been polished, used for mayoral tappings, and been in the hands of thousands more. It has its own tour around the city on the first day of PBW each year and has worked well year-in and year-out to generate enthusiasm and recognition for the country's first 10-day Beer Week. 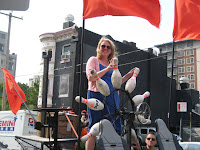 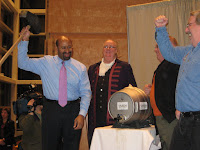 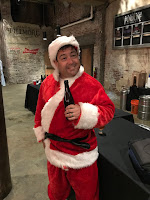 #1 - Monk's dinners
I mentioned "rock star" brewers before. It's not a term used so much anymore but there was a time 10-15 years ago when you couldn't not hear it. Monk's beer dinners through the years have always been, or at least bordered on, epic. No need to spell out the well-documented role that Monk's (and its famed back room, particularly late at night) and its proprietor, Tom Peters, has continued to play in this city's, and country's, beer scene. But, maybe no better way to illustrate it and see the intersection with PBW than captured in this picture below of he and business partner Fergie Carey with three of Belgium's most celebrated brewing figures and where I had captioned it at the time — "three Belgian brewers who had never previously dined together". Thereby solidifying the draw of Monk's and power of Philly Beer Week. 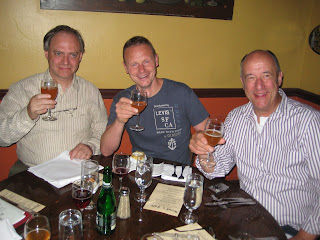 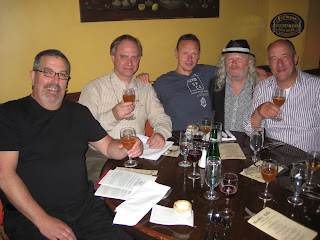 Want to see more of what I've documented through the years of Philly Beer Week? Warning, there's quite a bit behind each of these links below (but they do link to a "master index" for each year to make it easier to navigate) but it sure is a fun trip down memory lane. Fyi, I more/less took off 2014 and 2015 from my obsessive documentation of PBW to write and sell my book Beer Lover's Mid-Atlantic.....hence the missing years. And, last year, for reasons both known and unknown, I never did fully wrap up the days and week as I had in previous years. Maybe I'll atone for that shortcoming this year. Stay tuned, and stay thirsty.