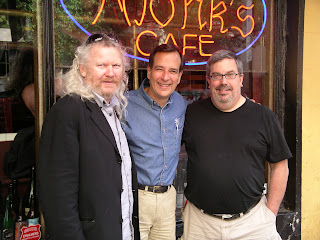 Unfortunately, my menu and notes, and practically everything other than my memory of what a great night it was, are no longer with me. Fortunately, on the other hand, Carolyn Smagalski was also there and captured the essence of the evening. 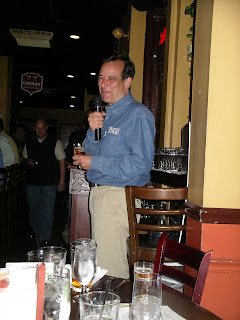 On top of that, my dying camera failed me on virtually all food, beverage, and indoor shots of Jim Koch. Luckily, the camera still likes to take outdoor pictures, and the one at top with Fergie, Jim, and Tom is a gem.

Jim Koch of Boston Beer Company regaled the sold-out crowd with stories of strippers (yes, this is not the first, but second, time that strippers have been mentioned on The Brew Lounge....the first?), making and selling craft beer in Boston and beyond during the 80s and 90s, and what it takes to brew Utopias, part of the more-than-typically decadent grand finale of the evening.

Wanna know more about the night at Monk's? Go and read Carolyn's review. 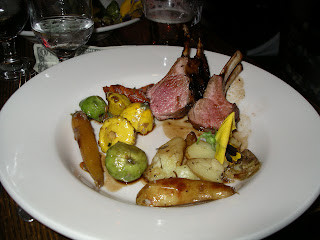