Link to Photo Gallery of Aecht Schlenkerla at Brauhaus Schmitz

That I consider this a top five event in my personal calendar of 2010 beer events makes it all the more strange that I've taken almost a month to get around to sharing the story with you all.

Nonetheless, this is a top five event of 2010 for me. Oh wait, I've already mentioned that. Sorry, I still get a little excited talking about what a great beer...dinner...event this was at Brauhaus Schmitz on November 18.

I arrived at the restaurant after a short visit to City Tap House's media preview event of their new pop-up brewery weekend concept (the inaugural one featured Sixpoint from Brooklyn) and a quick cab ride across town. And, I arrived with enough time to order up a delightful glass of Jever Pilsner as something of a palate reset-er between some of Sixpoint's adventurous brews and Schlenkerla's smoked beers.

The full menu listing follows below. For a rundown of the Aecht Schlenkerla dinner plus an insightful Q&A with owner and brewer, Matthias Trum, please visit After Hours at The Brew Lounge, hosted at The Washington Times Communities section.

But, before you leave--or after you come back, if you will--how about a few tidbits of fun Bamberg and Schlenkerla trivia? You'll never know when it will come in handy on Jeopardy or Trivial Pursuit :)

-> To schlenker means to stagger around, almost drunk-like. It's the inspiration behind the brewery's informal name. Read more here. The official brewery name is Heller-Bräu.
-> The brewery's pub was known as the "House to the Blue Lion", circa 1877, where proprietor Andreas Graser was known to schlenker about
-> The sausages of the first course were invented by Chef Thiel and the only ones known to incorporate smokemalt into the recipe.
-> Matthias Trum is the a 6th generation family brewer, the company's 15th since 1405.
-> The lager uses a base pilsener malt and really doesn't emphasize the smoke.
-> All Schlenkerla beers use beechwood in the smoking process, except the Eiche Doppelbock which uses oak for its different burning temperature for a smoother, less pronounced smoke flavor.
-> Refrigeration was a Franconian invention.
-> The northern Franconia region is home to 344 of 670 Bavarian breweries and has roughly one brewery for every 5,500 residents.
-> Wanna know what the meaning behind these following two pictures? Read through the Q&A with Matthias Trum over at The Washington Times. (pictures courtesy of Matthias Trum/Aecht Schlenkerla) 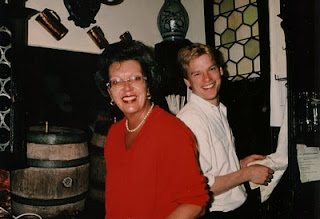 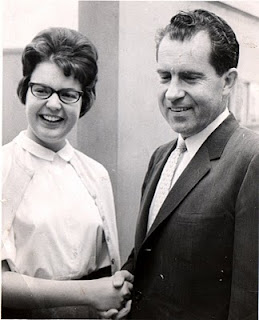