Sitting here drinking a clean and refreshing Victory Summer Love beer has me thinking Philly Beer Week. And, why not? After taking a second pass at the events lineup, I'm still shaking my head in awe at the sheer scale and scope of what the Philadelphia region offers for great beer, particularly during Philly Beer Week.

PBW '11 is the fourth annual iteration of the Philadelphia region's celebration of great beer. I published my monthly calendar of events for June and most of the PBW events are listed on there as well.

After mocking up a 10-day draft of what I may do during the PBW '11 celebration, I decided to do what I am often wont to do -- analyze it. Here's what I found, based on the calendar of PBW events as of 5/22/11. Keep in mind, of course, that the schedule will continue to change and that you should always visit the official site for PBW events, PhillyBeerWeek.org, for up-to-date detailed listings.

Nearly 175 establishments are listing over 750 events. Like I said, the events are constantly changing and we could be up over 800 events by now.

The least amount of scheduled events are scheduled for the first and the last day. Actually, a day-by-day chart shows that the number of events follows a typical bell curve, except that it is shifted towards Thursday where the greatest number of events is due to occur -- 106.

More events are starting on the half hour. That seems good for my own personal scheduling and good for standing out a bit more on the schedule. 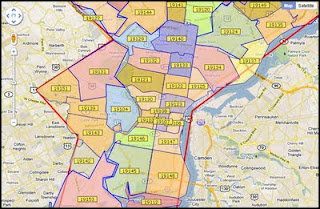 Surprised to see only two events with a remote tie-in to animals and fundraising -- one for SPCA at The Drafting Room and one for PAWS at London Grill.

Beer's gone mainstream? Well, maybe not quite mainstream, but all the big boys are certainly angling in on the party. As a conversation I had with a "co-conspirator" a couple of months back went: "Is there anyone who doesn't want a piece of craft beer these days?".....and....."Businesses are realizing that they are missing out/idiots if they don't make at least a few non-generic macro beers available to their bar customers."

In that spirit, local superstars Jose Garces, Stephen Starr, Derek Davis, and Marc Vetri are all getting in on the Philly Beer Week action. So is the Four Seasons hotel (a major and central role as "PBW headquarters") and the Tourism Bureau (major publicity and booster). I'm still waiting for the year the Franklin Institute, Rodin Museum, and Art Museum host PBW events (I didn't miss one in past years, did I?).

And there's a strip club, a cemetery, a gay bar, a wine bar, a martini bar, and a grocery store all with special event listings. If you have a passion, a proclivity, an interest, or what-not, there's bound to be a venue for you to enjoy great beer this year during Philly Beer Week.

This has a lot of longtime beer consumers/fanatics perplexed at just what to make of it. One thing is for sure, the proof is in what the year-round treatment of craft beer is at the establishments and not just during these ten days in June.

So there you have it. My first take of the 2011 Philly Beer Week calendar. Don't go getting overly critical of the numbers I've thrown out there. It's a point-in-time look at where PBW '11 is headed as of 5/23/11 and I, of course, realize the numbers are changing on an almost daily basis.

One thing is for sure (did I already use that phrase?!), the analysis is more than directionally correct and for that, beer lovers should be pretty happy during Philly Beer Week from June 3 - June 12.
Written by Bryan Kolesar at Wednesday, May 25, 2011