Iron Hill — 5 years in Phoenixville and 15 years in Newark

File under: my how time flies.

First up, we have Iron Hill's Phoenixville location celebrating its five-year anniversary a few weeks back. Somehow, I showed up for the party and yet dropped the ball on posting this short wrap-up. Anyone who follows me on Twitter knows it full (fool?) well could've been the three glasses of Chardonnay barrel-aged (local bee) honey saison that I could not get enough of. Or maybe the growler that accompanied us home!

The night was full of special beers and some throwback food items on the menu. The room continued to fill from 5 p.m. on 'til the drawing for beer-y giveaways.
Second up, after the following five pictures, is a snapshot from the brewing in Newark of Iron Hill's commemorative anniversary beer, FE15 to be released in another week and a half. 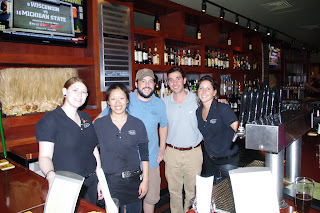 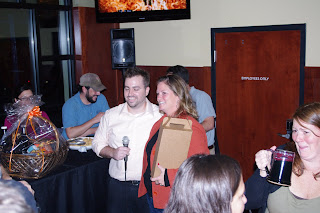 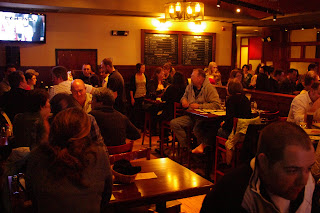 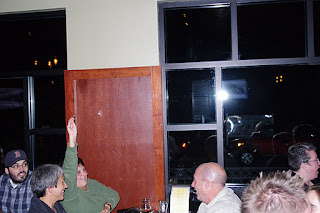 (And we have a grand prize winner, fortunately she stayed for the drawing) 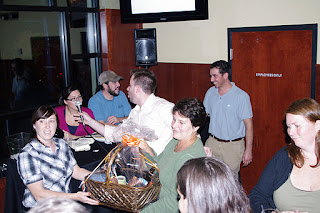 (Grand prize winner with her basket of big beer winnings)

Meanwhile, and upcoming, in Delaware...
Justin Sproul and his team are getting ready to celebrate 15 years in their (recently refreshed and remodeled) brewhouse on the edge of University of Delaware.

The picture comes courtesy of Danya Henninger at ImagicDigital.com, who snapped the picture on the brew day for the special anniversary beer, FE15. You can catch this beer during Iron Hill's 15th anniversary celebration in Newark, Del. on Monday, November 15.