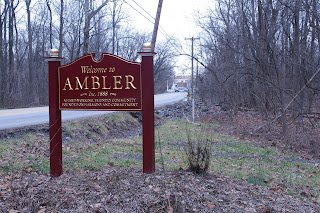 (Apropos sign, though has been there longer than the new arrival, Forest and Main, has been)

Ambler, are you ready?! You've heard about it coming now for over a year. Owner-brewers Daniel Endicott and Gerard Olson have got all of the pre-opening grunt work out of the way and they're now ready to serve you at the intersection of Forest and Main Streets in downtown Ambler, Pa.

I'm pleased to share with you that Forest & Main Brewing Company will be open for business beginning April 13, 2012. Their brewpub creation should evoke the feeling of going to a friend's house for dinner and beers. With two dining/gathering rooms downstairs and two upstairs — not to mention a front porch with trained hop bines and a picnic table in the nicer weather — residents within walking distance should find F&M to be one of the most comfortable pub experiences in the region. Of course, this isn't to say others won't drive to the brewpub, but many will quickly find that this is the kind of neighborhood pub that many wish for in their own community.

Now, I say this without having seen the operation in effect, but with the location, the solid beers, and the ambiance, the guys certainly have a head start at meeting high expectations.

I'll leave the words at that for now. Following below are pictures from my last visit almost two months ago and reviews of three beers that you should find on tap at the pub in the first weeks of operation. Dan and Gerard expect to have eight new brews available when they open the doors on April 13, with the hopes of always keeping the three hand pumps for cask-conditioned beer in use. 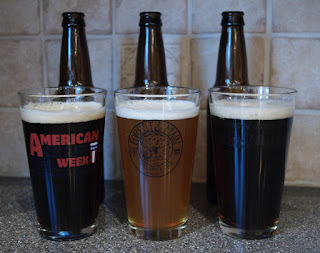 Underground Brown: A 4% ABV brown ale that busts all dark beer myths. A nice roasted maltiness and a touch of sweetness that is light on the palate helps this beer go down quite easily. Did some say session? Of course they did; that's what the environment at F&M screams for.

Kinch The Knifeblade: The bottle I had was noted estimated at 9% ABV, though the version I had during my last visit was reportedly more like 7% — though somewhere between those two markers is just where you'd expect a double IPA like this one to be. If you like a pleasant citrus bitterness and nice hop aromas, without the weighty feel of a "big" IPA, this might be the one for you.

Poor Yorick: Another 4% ABV beer and much like the Underground Brown in its darkness. Similar in flavor and mouthfeel but with an additional undercurrent of chocolate. 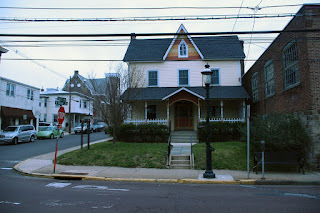 (Exterior of Forest and Main - like you're visiting a friend's house) 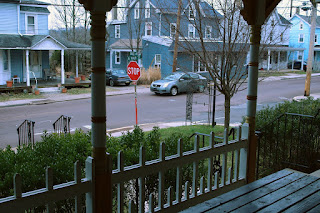 (A view from the front porch of Forest and Main) 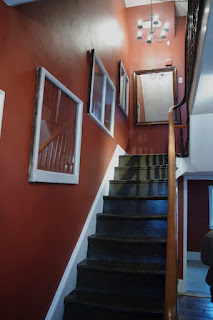 (From the front door of Forest and Main, you can go left, right, or upstairs) 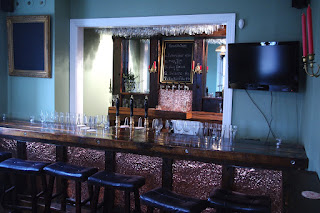 (The main bar at Forest and Main) 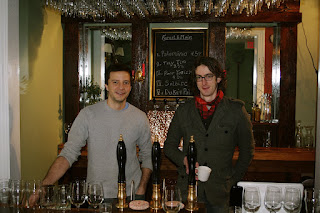 (Gerard Olson, left, and Daniel Endicott are co-owners and brewers) 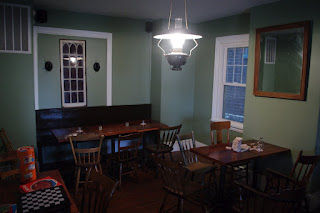 (One of four dining/gathering rooms) 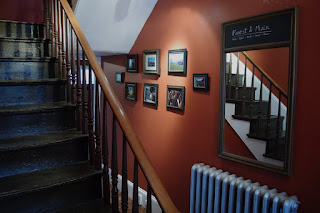 (Warm colors and decor exudes throughout Forest and Main) 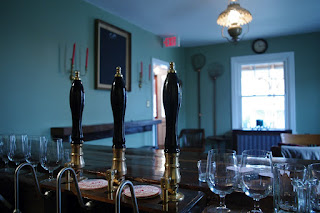 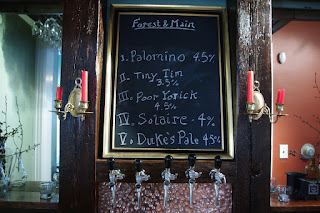 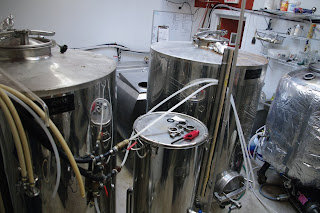 (A brewhouse where every inch is accounted for) 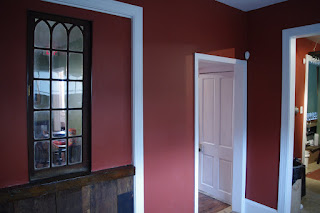 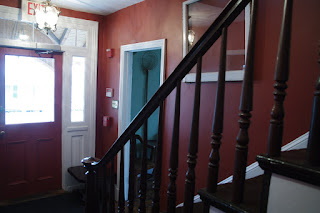 (Looking toward the front of the house) 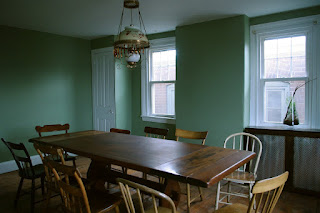 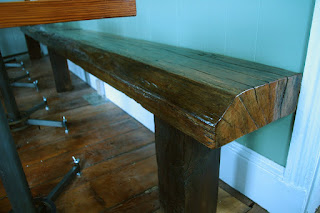 (This barn beam bench looks awfully familiar to me. If you read these pages closely enough, you'll know why) 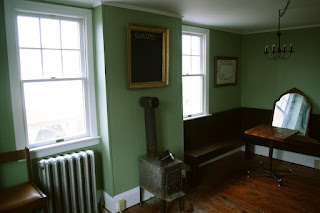