This is mostly the "picture edition."

As you can see, my biggest dilemma from Saturday's Mayhem in Media was figuring out which pictures to use of brewer Bob Barrar pouring from the two methuselahs, one of Double Red and one of Russian Imperial Stout (mighty fine beers to be gracing the 6 liter bottles!)

Back to the beginning.

Mother Nature must have been compensated well, because I'm not sure this festival has ever seen a better combination of temperature, humidity, and wind. Plus, with crowd estimates between 1,000 and 1,200, it's nice to see Iron Hill keeping this festival from growing (out of control) into something they don't want it to become. There were only but a few congested chokepoints around the festival grounds adjacent to the Iron Hill building, waits in port-o-pot lines never seemed to get too lengthy, and lines to get a beer were quite reasonable...except perhaps for the Dogfish Head line which never seemed shorter than the width of the street.

All told, this has become a very pleasant festival where most local breweries are included. Added that just about every brewery brings something just at least a little bit different than their "standard" brews and that Iron Hill takes it yet a step farther...hence, the methuselahs this year...I think you get the picture.

Hey, speaking of pictures, let's go to the pictures. Enough of my words.

Oops, no not yet.

Just a few more words first that I promised I'd throw out there for your consumption. Real quick, like... ...according to Iron Hill, roughly $75,000 has been donated over the years to local charity

...this year's beneficiary again was the Media Youth Center.

...Fegley's Brew Works Kriek. Whouda thought I'd start the day with a Kriek? Well, it was fruity, pleasantly but not disarmingly tart, and a nice refreshing way to kick things off.

...speaking of refreshing, how about that Berliner Weisse from Nodding Head? Yeah, you know!

...I chewed on some recently smoked malt that will become the basis for Yards Grodziski (Polish Smoked Wheat). It was smoked last week at Percy Street Barbecue.

...Saison Vatour and Biere de Garde from McKenzie never gets old. I could base a festival around these beers.

...beers from Iron Hill like Imperial Pumpkin (trick or treat!) and Cherry Dubbel (yes, again, I love this beer) were just a couple of the host's wonderful brews

...I don't see John Rehm nearly enough and enjoy every time I do. I haven't written much about Philadelphia Brewing recently and that will change soon, I informed him, when I talk about this great 6-pack of Fleur de Lehigh hanging out in my fridge.

...Carolyn Smagalski might have been the hardest-working non-brewer in attendance on Saturday!

...though, Joe Sixpack was pulling his own weight by raising awareness and funds for Philly Beer Week. The Hammer of Glory made its rounds too. That's in pictures down below too. 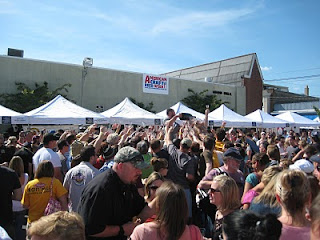 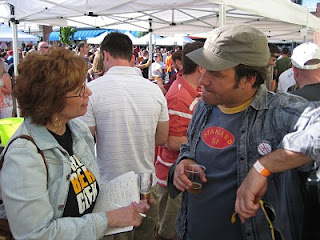 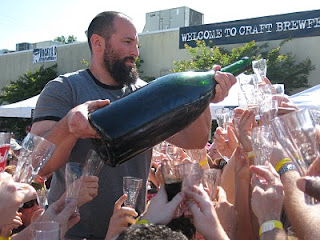 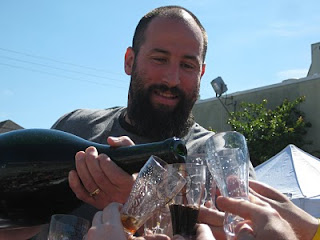 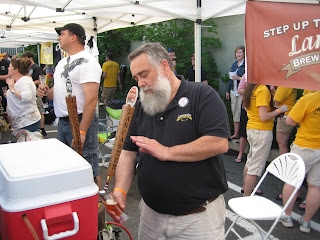 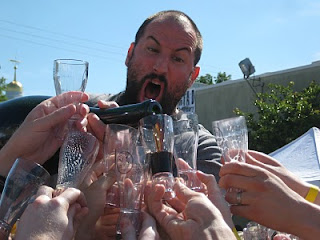 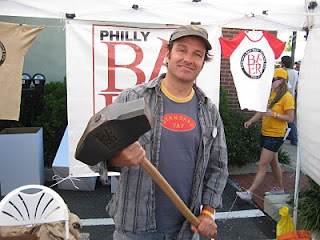 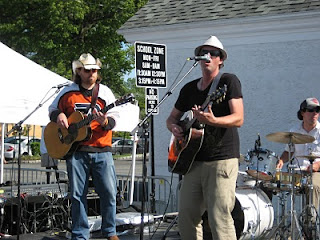 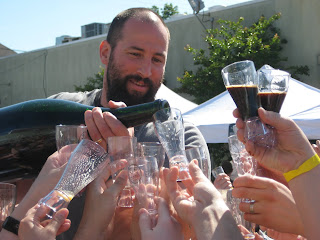 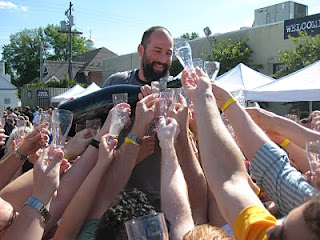 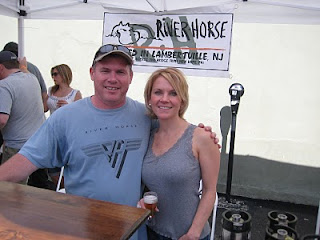 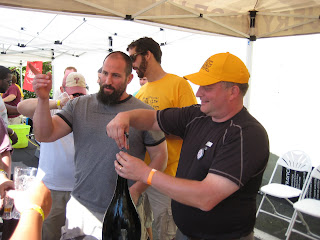 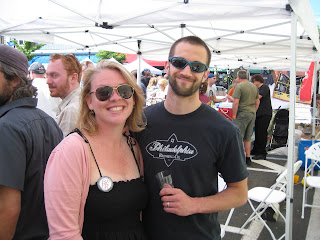 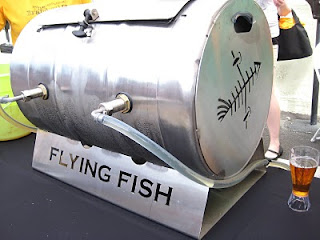 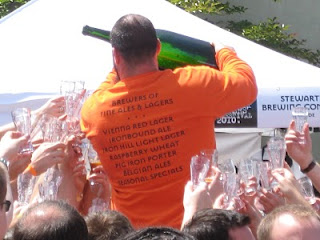 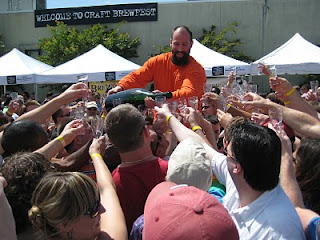 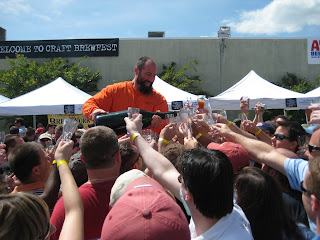 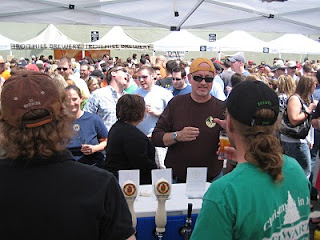 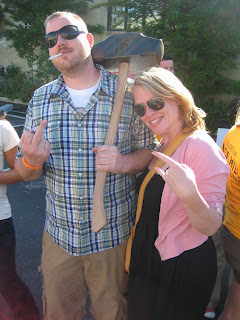