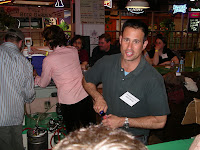 Eat. Sip. Sigh. Repeat. Words to live by...at least at yesterday's 3rd Annual Brewer's Plate at the Reading Terminal Market in Philadelphia, PA. What more can be said about some of the city's and region's best chefs and brewers getting together to match specific beers with specific foods to raise money for a top-notch foundation that is the White Dog Cafe Foundation? 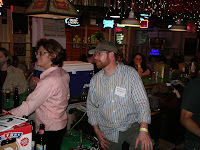 Click the link above to learn more about this worthwhile endeavor. I could rave about the wide variety of styles available from the brewers and the great attention to detail that chefs paid to pairing their foods with the beer. On so many different levels, this is one of our regions foremost beer events...people, beer, food, charity. When I think about the twenty year (!) legacy of The Book and the Cook event here in Philly and now how beer and food is being explored more and more across this country, Philadelphia is further solidifying it's place as a premier food and beer city/region by hosting this type of event. 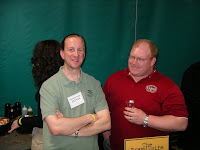 While it's impossible to list every good beer and food impression on me from this event, I've listed below all the beers represented by the 18 breweries in attendance. I've also noted just a few of the memorable combinations made with the food accompaniment. 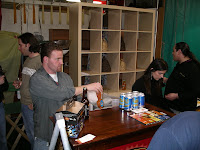 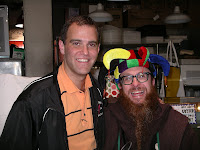 Awe I missed the Cowpie :-(

Great job getting this up so quickly.