(Index to The Week of Ommegang)
The amount of pictures and the tone of the text quickly indicate that Thursday was a much better day for Team Philadelphia in terms of both riding and beer hunting. They're on their way into Cooperstown, likely as you read this they will already have arrived and be enjoying their liquid lunch. You'll hear all about their last day tomorrow morning; I can't wait to join them for the weekend. 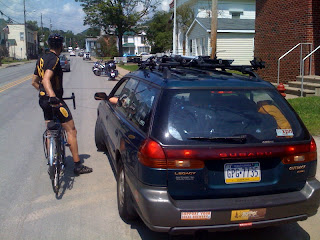 Much better beer selection tonight and great day of riding today. Also our first day of riding without 25 pounds of gear on our bikes due to our new support vehicle. 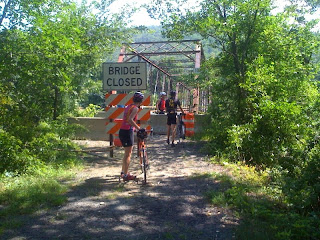 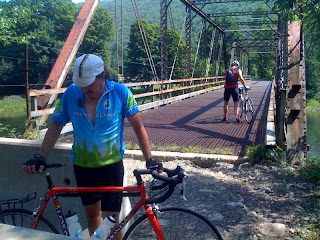 Again this morning we hit a "bridge closed" sign early in the day. As it turns out we were able to walk our bikes across which had a double benefit. We didn't have to turn around and ride back ten miles, and it meant no car traffic for the next ten miles! 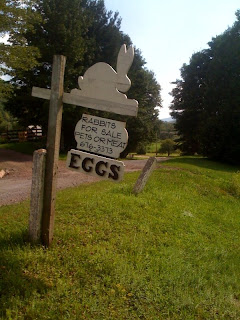 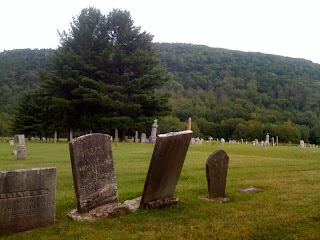 The riding and weather were both beautiful. We even had a tailwind for most of the trip. I usually don't believe tailwinds exist. If I'm cooking right along I usually just attribute it to my strength. Today I couldn't fool myself though. The rows of cornfields that flanked our route demonstrated that the winds were coming from behind. (We are in fact in farm country. Still plenty of woods and creeks but also lots of cows and other eh, livestock.) 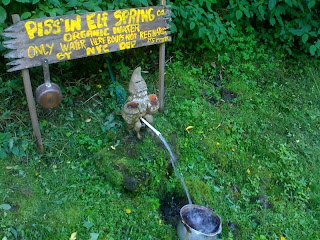 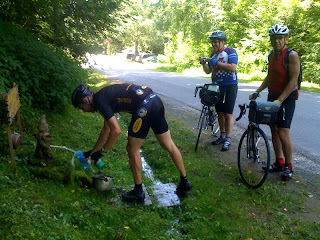 Another unexpected treat came in the form of an artesian well that fed out onto the road. We have come across a few of these in the past few days and the water coming out of them has been delicious. This one came with a twist though. The water was coming from an unusual spigot. I thought this was only appropriate in light of our destination. A little bit La Chouffe and a little bit Mannekin Pis! 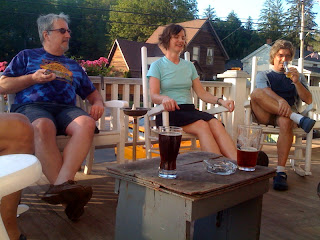 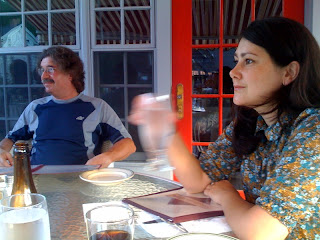 Around 4:00 we rolled into Andes and up to our lodgings at the Andes Hotel. This was the beer selection I could have used last night! Not a beer geek bar at all. Not a 4 star hotel by any means and the staff knows nothing about beer.

But fortunately for us the owner is a beer geek. Right off the bikes, Jeff, Don and I refreshed with a Hurricane Kitty, still clad in bike jerseys and drawing some perplexed stares from the locals. H Kitty is a hoppy IPA from Kingston New York and it was the perfect post ride elixer. They also had Brooklyn Brown and Saranac on tap, but that's where I stopped paying attention to the draft list. The only thing Belgian about the rest of the beers on tap was the ownership of the brands. 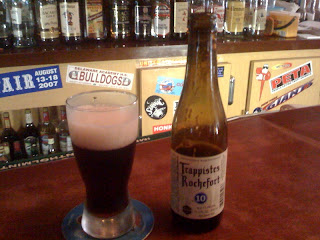 The bottle list however was great. We started off with Rochefort 10s then moved to a more food friendly Saison DuPont with our appetizers. I had an Orval that turned out to be 2 years old. Looks like the patrons of the Andes often overlook this beer. Fine with me, their loss is my treasure. It tasted great! Of course there's lots of Ommegang available, but there will be plenty of that tomorrow. Check out the hotel's website for the rest of the draft list. Right now, I'm using their WiFi and typing this to a Celebrator. 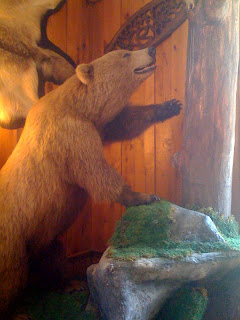 That's all for now. We're off to an early start tomorrow. We want a good camping spot at Ommegang. See you there!