One fine Sunday from Saison Dupont to Kite & Key 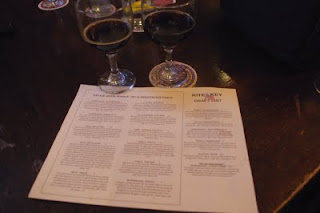 A Sunday morning that begins with Saison Dupont for breakfast with the final day of the Tour de France could go one of a few ways. The rest of the day could go to the so-called hell in a handbasket after such a tasty beginning. Naps could ensue. Et cetera.

I instead used it as fuel for one of the most productive six hour stretches in recent weeks. Articles written, e-mails (some rather old) responded to, RSS feeds/articles read and cleaned up, pictures processed and organized, and the upcoming week leading to Ommegang's annual BCTC was planned.

Now, the only question remained: Could I squeeze in a couple of hours to check out and help celebrate Kite & Key's third anniversary? The draft list that owner Jim had sent along to me the Friday prior continued to tap away from deep inside my thick skull.

One final check of Google Maps/Traffic showed the Schuylkill Expressway all green. 25 minutes later, I was at Kite & Key to verify that the beers were as good on tap as they were on paper. 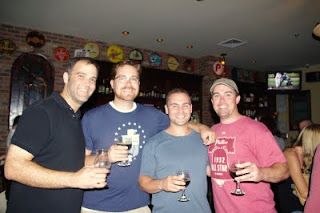 Along my drive, I wondered what type of crowd would turn out on a school work night for a hefty beer list such as this one. The dinner crowd -- reportedly larger than usual -- came early and stayed longer. And, the bar remained comfortably crowded until a little after 9 p.m. when I decided it was time to call it a night as well.

It was a pleasant crowd that seemed more comprised of local/neighborhood beer enthusiasts rather than hardcore beer geeks that traveled from far and wide to hold up pen lights to test the beer's SRM. Yet, some familiar faces to me included Jared and Kristy Littman (PhillyTapFinder.com), Arthur Etchells (Foobooz), Cameron and Jess Saunders (Shangy's), and Rich Isaacs (RichOnBeer.com). 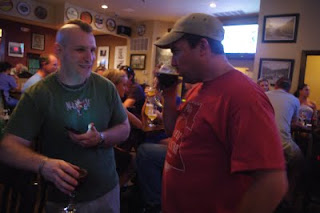 (Rich Isaacs of RichonBeer.com with Jim Kirk of Kite & Key)

Many of Jim's and Jake's regulars also turned out seeking some of the geekiest beers on the list such as Bell's Oracle, Bear Republic Apex, and Ithaca Thirteen. I'm a sucker for Sorachi Ace hop as well as the Citra. Therefore, the Thirteen may have been my favorite of the evening, though it didn't take more than a few sips of the potent Bell's Batch 10000 to want to stay the night. For a recipe that reportedly incorporates over 100 grains and 60 hop varieties, it's a pretty tightly clean beer that goes down so intoxicatingly pleasant.

All in all, a decent and satisfying way to celebrate a 3rd birthday and close out a day of delicious beer-drinking in Philly. 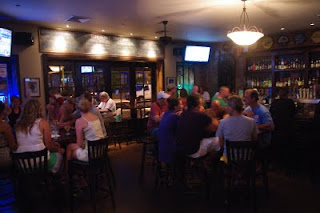