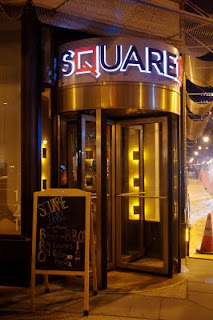 (Square 1682's entrance is positioned just as AIA bookstore's was)

I've had a soft spot for the Hotel Palomar since San Francisco Beer Week. Sure, they provided for my "home base" as we gallivanted around the Bay Area in search of good beer stories. Of course, if they did not deliver on their mission statement, I'd feel differently, but they hit solidly on most cylinders. The more research I've done, the more I've learned that it's a consistent hotel chain-wide experience, not just in San Francisco. After returning, I had written a short travel column about the stay over at The Washington Times.

So it stood to reason that when I got the call to stop in at Hotel Palomar's restaurant, Square 1682, in Philadelphia for a "Beer BQ", it took me no time at all to make room in the schedule. 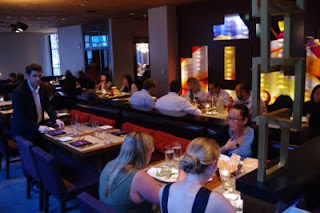 (The main dining room on the second floor of Square 1682)

The special dinner, featuring beers by Victory Brewing, was an all-American inspired summer picnic menu. Coincidentally, renowned and accomplished chef, Guillermo Tellez makes his home on Victory's home turf, Downingtown. Tellez, who comes to Philadelphia from Mexico by way of Chicago, can be found on certain nights off at the brewery's restaurant. Tellez said that he and the Victory guys (Barchet and Covaleski) and their beers have a friendship and familiarity that made this month's feature beers and dinner an easy one. 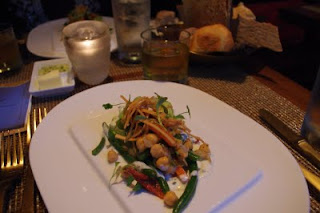 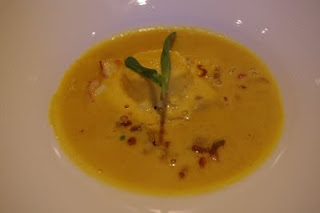 The dinner was being served throughout the evening in addition to the standard a la carte menu. After making our way through a tasty bean salad and a chock full chowder of lobster and corn, we arrived at what I deemed the best pairing of the night. The HopDevil continues to be a standout beer for Victory, walking the balance between a solid malt profile and a pleasant hop bitterness to delight beer lovers of both stripes. This malt backbone in the beer provided for a perfect accompaniment for the pork meat and the barbecue sauce while the hop bitterness played a nice counterpart to the spicy slaw and sage corn bread.

And I'd be remiss in not mentioning the full ribs of meat that were prepared to the point where the tender meat practically fell off the bone and melted in our mouths. It reminded me of a similar experience on a particular night at Chifa for its Brooklyn Beer Dinner and the ribs that were paired with Dark Matter. 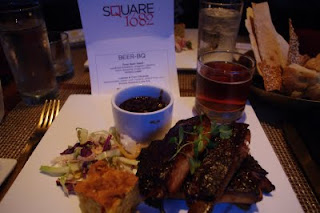 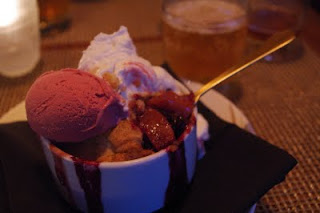 Finally, for dessert, after all the preliminaries were out of the way came what may be a new favorite dessert and beer pairing of mine that does not incorporate chocolate. The fresh fruit cobbler and the spicy/fruity/boozy Golden Monkey created a decadent delight that I now want to end every picnic with.

One thing I made note of during the dinner was how it actually related back to the menu. Too often, I find myself reading a menu laden with descriptors and ingredients for each menu item only later to be searching for where they are on the plate or buried in the food. With Tellez' Beer BQ menu, each of the four menu items was described succinctly and each of the ingredients could be abundantly and easily identified on the plate and/or on the palate. There was no searching or quizzing each other as to whether there was cilantro in the salad, the slaw was spicy, or there was lobster in the chowder.

If Tellez and Square 1682 keep up with this beer dinner format and quality while still in the under-$50 price range, we will likely see their beer dinners/events become a part of the regular calendar in Philadelphia. 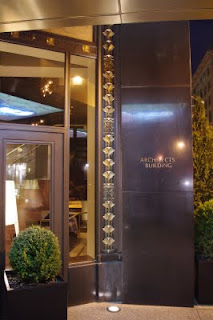 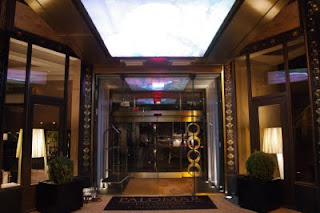 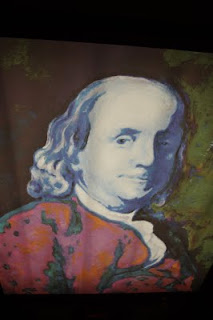 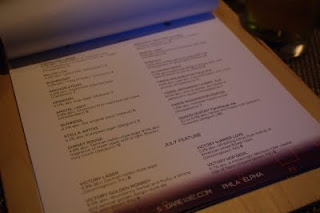 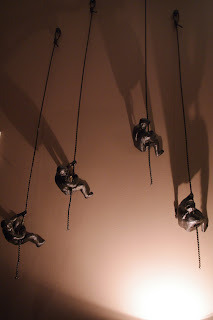 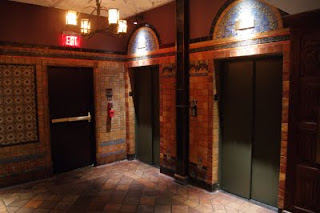 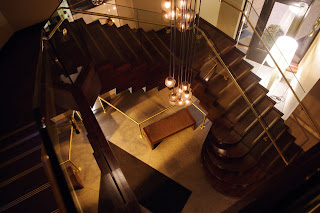 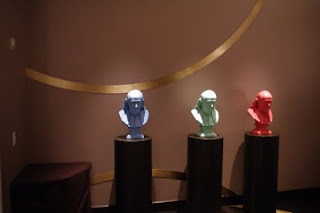 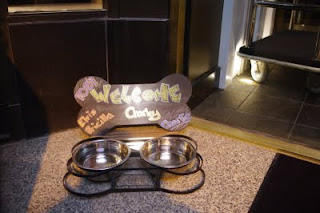 (Hotel Palomar, one of the most pet-friendly hotel chains)