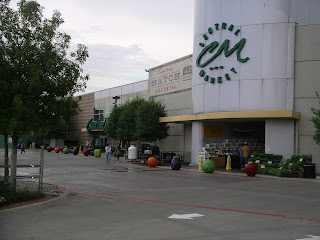 Had to say I did a double-take while cruising the beer coolers at Central Market in Dallas, north of downtown. Just off the Lovers Lane exit of the North Central Expressway sits a large market that reminds me of a cross between a Trader Joe's, a Whole Foods, and a Wegmans. Come to think of it, after spending only 20 minutes or so at Central Market, Whole Foods a few miles away was my next stop. So, I could be completely off-base with my impression of Central Market. But all that is really important here, I suppose, is the beer selection. Isn't that primarily why you're reading this? Typically I'd do just that, plus give you some pointers as to the food selection and otherwise, but in this case I was rushed, so just a few comments about what seemed to be very decent beer prices. Price check on 22 oz. Bombers of Rogue from Oregon - $5.49 Lookup 750ml bottles of various Ommegang from New York - $7, give or take by style What about the deals on 750ml Deus ($28) and Malheur Reserve ($25)? Yes, please Victory from Pennsylvania? Six-pack of 12-ounce Hop Devil and Prima Pils ($7.49) or Storm King and Golden Monkey ($11.99) 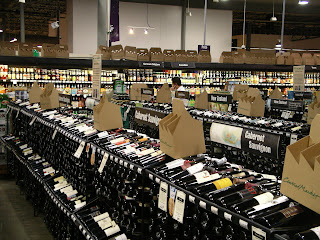 Not too shabby folks. With cut-to-order cheese and scheduled wine/beer tastings, it seems like the place to stop for take home food and beer in Dallas. I found Real Ale (Blanco, TX) and Santa Fe (guess from where?) as take home goodies from Central Market from Santa Fe. Looking forward to bringing the Barleywine to our Barleywine Tasting in August to see what goodness this brewery from New Mexico is cranking out.
Click Here For All Brew Pub & Beer Bar Reviews
Written by Bryan Kolesar at Thursday, July 03, 2008

The biggest plus to Central Market is not necessarily their prices but the fact that they let you buy singles and mix-and-match sixers.

Saves you the cost of being left with five beers you don't like.