Pittsburgh, for beer and hockey

I'm going to keep the recap of my Pittsburgh trip this past weekend more to the pictures than the words. Wait, is that a dare I hear? You don't think I can do it, do you? Well, give a guy credit for trying... This was the annual hockey and beer trip to Pittsburgh. Though, this year was a bit subdued with, well, just two guys. But, where there are two guys, hockey, great beer, and a road trip, there are good times to be had...so party on Wayne...I mean Scott. Scott and I did a 36 hour roundtrip excursion to the west side of the state. Easy trip out and easy trip back, no snow in the mountains as occasionally happens on these trips. This being Scott's first trip to Pittsburgh since he was a wee laddie, I made sure that we stopped in at Fat Head's to watch the Villanova game. Food, sports, people-watching, and great beer...gotta be Fat Head's. He loved it. Surprisingly, it may have been the lightest crowd I've ever seen. Mind you, Pitt wasn't playing again until the next day and the Penguins as well. Still, there was a waiting list for tables, but room to breathe at the bar. The tap list? Admirable, as usual...see picture below. The food? Just what the doctor ordered...wings, fries, and all that good typical pub grub type of stuff. So, a handful of beers at Fat Head's during the easy Villanova win and we were off. Oh, by the way, the Cleveland outpost of the Fat Head's brewpub is slated for opening in just a couple of short weeks, April 7th to be exact. Needing to shed some of the bloat, we walked the almost exactly one mile from Fat Head's to the new Hofbräuhaus, just opened within the week prior of us walking through the doors. Popular this new place obviously is. According to an employee on Saturday afternoon, roughly 2,000 customers walked through the doors on Friday, the night before, alone. The outdoor patio seating that overlooks the river seems to be a perfect place to while away a perfectly good afternoon with a few liters of beer. The bar and biergarten area is nearing completion for the spring. Inside, row after row of communal style table seating allows strangers to become friends very quickly as they eat German fare, drink glasses of various German-style beers, and dance on the wooden tables and benches (strongly encouraged). Front and center in the hall is where the band (after 5pm) adds ambiance to the room and leads the customers in traditional German beer drinking songs. We put back the Dunkel and Hefeweizen before heading out. Unfortunately, not enough time (or appetite) on this trip to stick around for platters of wurst, schnitzel, or sauerkraut. Brian Parker had much more of a complete visit during his trip to Pittsburgh just days before mine. I suggest checking out his review if you'd like to know more details about the food and beer. One more stop for Scott and me before putting a wrap on the beer portion of this Pittsburgh trip. Church Brew Works puts out some decent beer, particularly some of their "specialty" (non year-round) beers and the food to complement the beers is likewise recommended. But, especially for first time visitors, the brewpub is must-see for the visuals. If you don't already know, CBW is located within a de-sanctified church (St. John the Baptist) in the Lawrenceville neighborhood just north of the Strip District. CBW is in its 13th year of operation and going strong. We stopped in for dinner (potato pierogie pizza) and a few more beers. The place was packed and Scott was duly blown away by the stained glass, the pipe organ, the beer, the crowds, and oh yeah the brewhouse on the former alter. It was a full day and we had Sunday with Flyers/Penguins hockey and the return trip home. It was finally time to call it a day. Pittsburgh has a great brewing and beer bar scene. We'll save more of it, perhaps, for a baseball trip. Pittsburgh, like Scott and I agreed, is a city whose appeal seems to only become evident after your first visit. If you'd like any tips, ask and I'll be glad to supply you with an itinerary for your visit. Now that wasn't too bad, was it? On to the pictures... 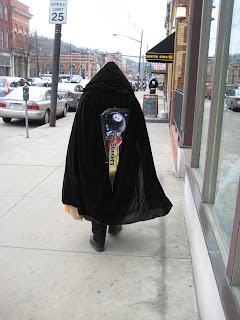 (just your average character on Carson Street in the Southside) 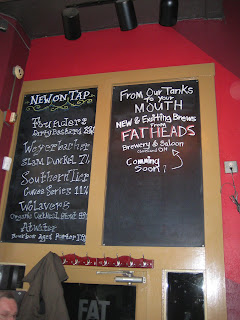 (New and Coming to Fat Head's) 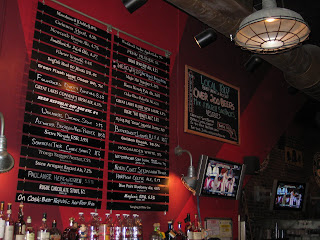 (If you can't find something to your liking on Fat Head's tap list, then...) 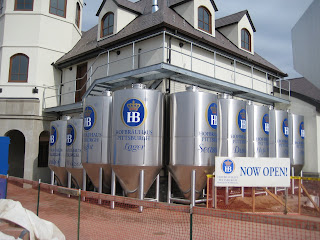 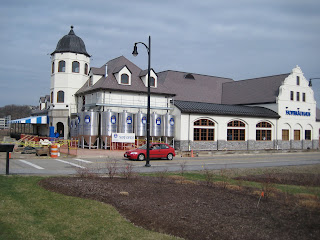 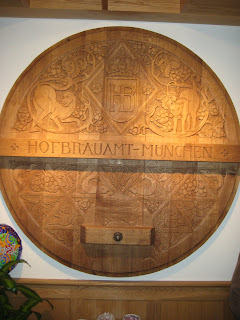 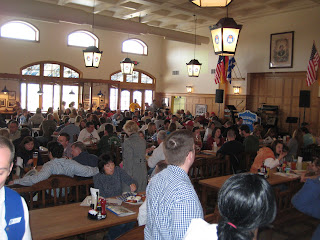 (a full hall of family, friends, and Gemuchlicheit on a Saturday afternoon) 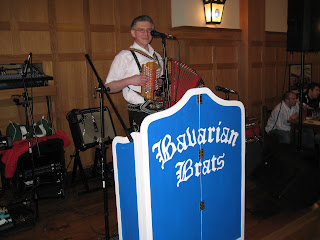 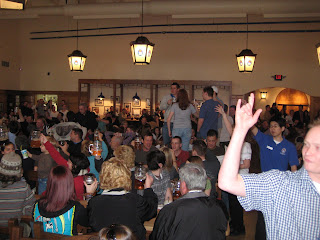 (Dancing on tables and benches is both allowed and suggested) 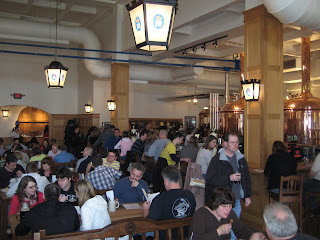 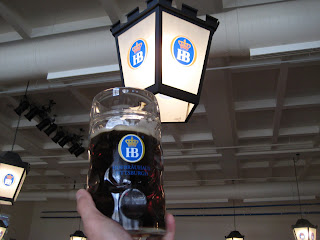 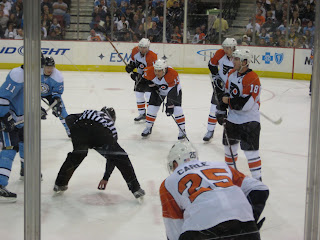 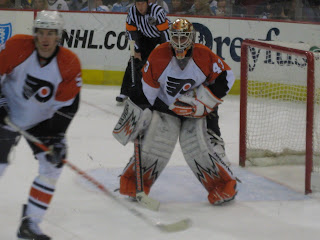 I am always trying to convince people in Philly that the other side of the state isn't so bad. There have been a few set backs but the beer scene seems to be improving. Glad to hear you guys had a good time. With the exception of the Flyers win it sounds like my kind of weekend back home.

Thanks for the report and the pictures - for my next stop at Pit I plan to go and check the HB.