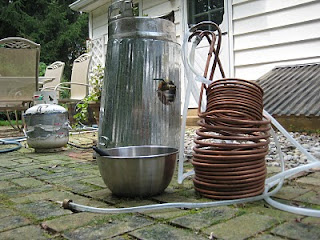 You may know him personally, or at least heard of him. He's the NonconFermist. He's my neighbor, recently of Beer Bits 2 and originally of The Brew Lounge. He's Adam Beck and when I looked out my window yesterday and saw him foraging for pine cones or anything that might have fermentable sugars in it, I knew the NonconFermist was up to something good. Turns out he was brewing. It's something he's been trying to back on track with recently. Looks like he's back on track making something in the 4-5% ABV range and may turn out to be something like a black-ish American IPA....or not. Doesn't matter, though. That's why he's called The NonconFermist. 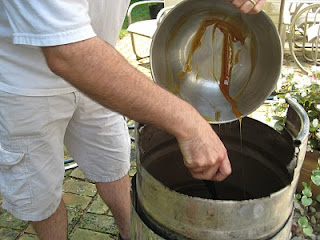 The one I brewed the other day was just my starter. It will be a nice American Pale Ale. The next one will be a dark version of that.