It took some time for me to re-engage with Philly Beer Week on Day 2. When I finally did I was at Varga for their block party which was teeming with great smells from the grill, sounds from the DJ table, weather-appropriate beers (ABV-speaking), and people all around. I got a fine tip from Foobooz to hit up the Cheu Noodle Bar on my way in on 10th Street, so a spicy pork Banh Mi did just the trick.

After a few cans of beer (plus a tasty Yards Calypso IPA from the handpump), from there it was over to Strangelove's for some cask-conditioned Courage Stout served from the bar top, courtesy of a fine tip from Dogfish Head's Wendy Domurat.

Then, the last stop was accompanied by the Sly Fox crew at Johnny Brenda's. More firkins of beer were the order of the day and night there accompanied by British punk rock spinning from the DJ table.

Before heading out of the city, Patrick (and Tracy) from Sly Fox insisted upon a pizza stop at Joe Beddia's Pizzeria Beddia, just steps away from Johnny Brenda's. What a great call indeed. BYO Sly Fox added to the experience of course. Is it some of the best pizza you can have? Quite possibly, yes. No pictures, here. Just good eats, drinks, and people.

Not a ton of pictures (and no videos from this day), so I've selected a few and included them here below. Trust your weekend is going well. Let me know what you've found interesting along the way. 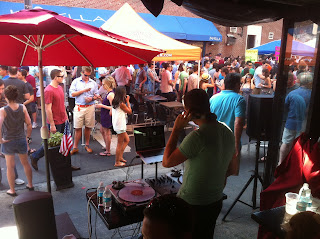 (the beats and the people at Varga's block party) 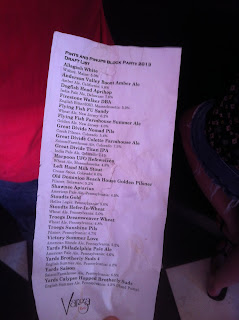 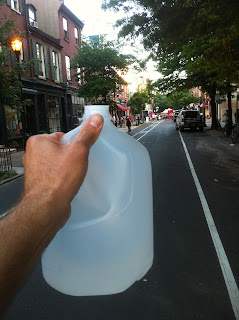 (Hydrating properly was the order of the hot weekend, for sure.) 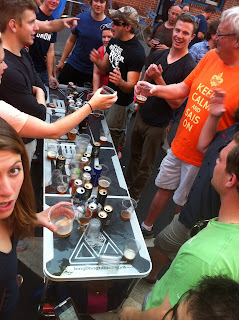 (Flip cupping for the win) 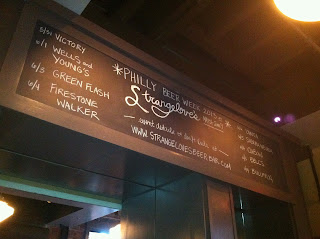 (A schedule full of PBW events at Strangelove's.) 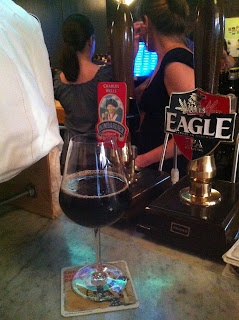 (excellent Courage Stout at Strangelove's for the Wells and Young's event.) 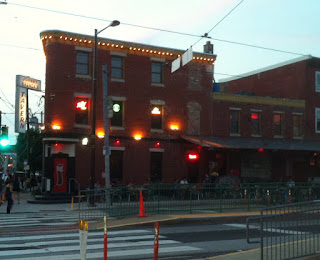 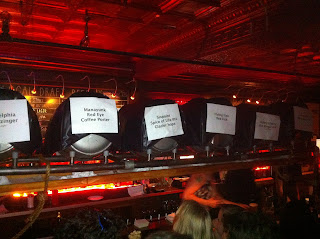 (A Firkin Riot at Johnny Brenda's.) 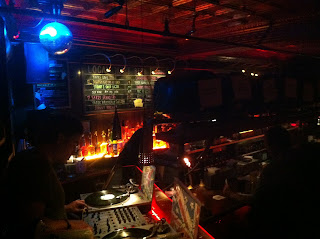 (British Punk Rock on the turntables at Johnny Brenda's.) 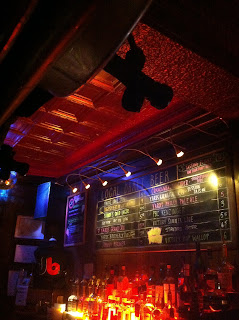 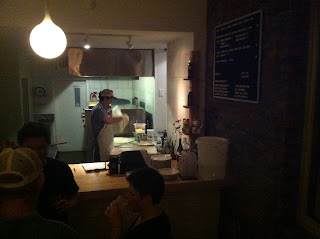 (Joe Beddia at work in his pizza kitchen.) 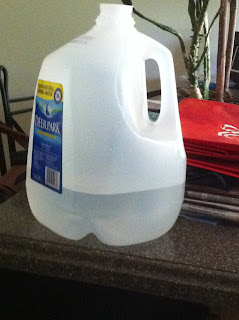 (Big key to my next morning's health and well-being.)