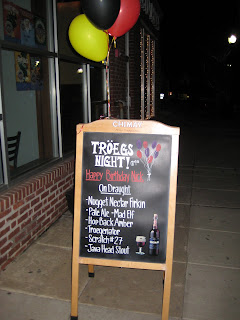 Last night was the official unofficial kick-off to the unsanctioned beer week (all lower-case) of March. Mr. Nick Johnson (of Tröegs if you're new around here) was celebrating his 29th birthday and as of a late hour was still on fairly good behavior. But, perhaps the effects of the shots really hadn't settled in yet. Or maybe he thought he should dress it up a bit for the Wayne crowd.

Dunno, but good times had all around by a who's-who crowd of Nick's friends and family from within the beer world and out. 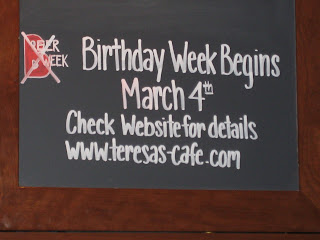 Some lively discussion was held on topic of said beer week and Beer Week. In the end, we all agreed that the next 10 days or so will be packed with close to 50 events around the Delaware Valley and should prove to be just as much fun and debauchery as any other given beer week in the region. They don't call us the Best Beer-Drinking City/Region in the country for nothing.

Go forth and check out The Brew Lounge's March Calendar if you have any doubts. 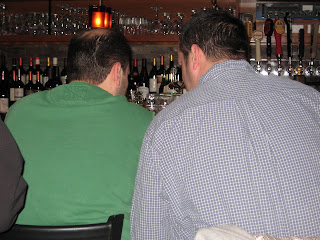 Email ThisBlogThis!Share to TwitterShare to FacebookShare to Pinterest
Categories: Teresa's Next Door