Hop Chef. Is it a foodie event? Is it a beer geek event? It doesn't take long to discover it's both.

Last night, a few hundred fans of great beer and food showed up at Union Transfer for the Philadelphia installment. The event was the kickoff to four regional events where local chefs incorporate Ommegang's beer into the creation of one dish. The concept behind the usage of one of the ales can include any or all of the following: Simple Pairing (concept should be fairly obvious); Incorporation (as used in the cooking process); Mimicking (matching specific flavor(s) between food and chosen beer); Story-telling (as in, explaining the creative process from sourcing to preparation); and Experimental (the wild card element where beer is meant to be the "main star of a dish").

Like last year, the friendly Tweet wars began heating up in the weeks leading up to last night's event. The doors opened to the public at 7 p.m. and the chefs were awaiting their fans with:


With samplings aplenty and an open bar in the back of the venue providing full pours of even more beers from Ommegang (including the becoming-more-elusive Game of Thrones/Iron Throne Belgian Blonde), the crowd was definitely abuzz with the flavors and aromas of great food and beer coming together.

On stage, brewery representative Megan Maguire kicked things off by welcoming all to the event and laying out the ground rules. Throughout the evening, emcee Marissa Magnatta from the WMMR Preston and Steve Show, kept the show interactive by inviting each chef up on stage to describe their inspiration for their chosen dish and beer. Last year's winner, George Sabatino (at that time, of Stateside fame), was also on stage to discuss his experience with the competition.

The end result? You might think I wouldn't get to the point.

First, for what it's worth, my top vote went to Fork's Eli Kulp and his team that assembled what I considered to be the best taste and the best presentation of the food plate paired with what has long been one of my favorite beers, the Abbey Ale, from Ommegang. My runner-up vote went to the Yun Fuentes from JG Domestic and his tasty duck and ham served with Rare Vos, another solid and food-friendly beer from Ommegang. Fuentes coincidentally took home the "People's Choice" award from votes tallied from attendees.

Southwark's Nick Macri took home the honor from the official judges as Philadelphia's Hop Chef 2013. His plate of cured meat and accompaniments that seemed to cover all the flavor bases deservedly caught the palate of judges in their eyes as the best of the evening amongst a table full of tough competition.

Macri will face off against the winners from Boston (competition to be held during week of May 20), Chicago (week of June 17), and Albany (July 8). The finals will go down at the annual BCTC event on August 3 as a separate ticketed event on brewery grounds.

Congratulations to Macri, Fuentes, Ommegang, and everyone involved in a tasty evening in Philadelphia. As many of us already understand: Great Beer (does indeed) Deserve Great Food! 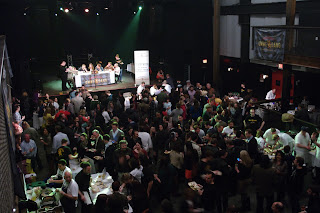 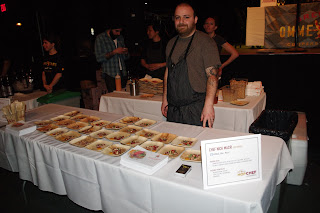 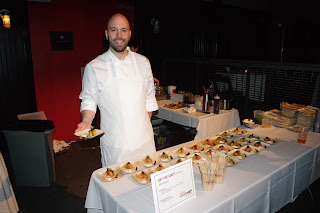 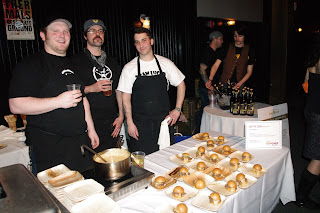 (Pat Szoke and The Industry team) 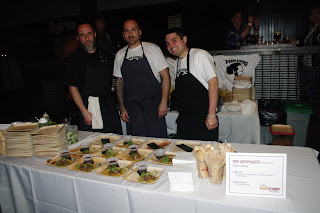 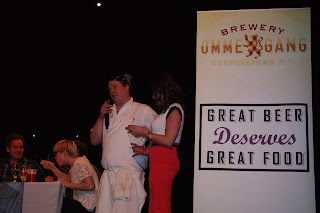 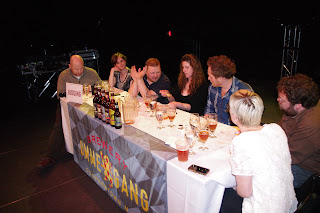 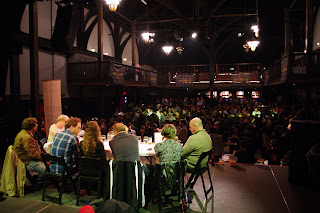 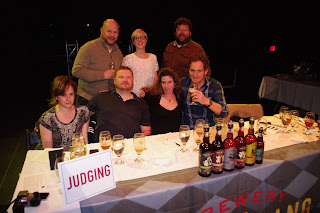 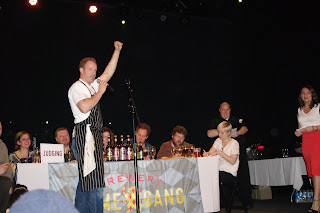 (Eli Kulp from Fork breaking down his "Ode To Cooperstown")