Writing this ship, Part III (all over the place, part 2) 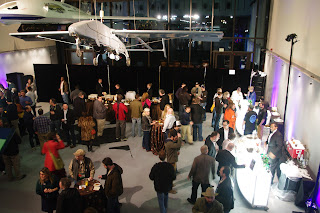 Still have many more submissions to get through here to catch us all up-to-date with where in the world The Brew Lounge has been for the last nine months or so. Here comes part three and if you'd like some background on how we got here, check out the "intro", Part I, and/or Part II.

January
- Not much to report from January other than a two-part piece I did over at After Hours naming my most memorable beers of 2012. I often blanch at naming "the best" of anything, particularly when it relates to matter of taste, something that is nearly impossible to quantify. So, I put together my most memorable beers of 2012 and it was pretty well-received. If you had missed it back then, check it now — link to Part 1 and link to Part 2.

February
- January went by in mid-winter's bleary blur, but February first brought San Francisco Beer Week, of which I took part in some portion of 8 of 10 days. I spoke plenty of here in these pages and you can find part 1 of those days documented here and part 2 over here.

- Back on the East Coast, I was back in time to take advantage of an invitation to the Star Chefs awards and tasting gala. My writeup over at After Hours garnered some nice attention.

March
- On one hand, I've said plenty over the years about the high quality of the annual Brewer's Plate event in Philly, marrying local food and beer like no other event. Yet, I didn't share anything about 2012 until just before the 2013 installment was due to take flight. Then, this year's was underway and you can link here to see what I had to say about it.

- March also brought a return to Yards for their other top notch annual event, the Cask Ale Invitational. That reminds me that I should put up a little something about this stellar showcase of the region's best (plus, a few from here and there and overseas) in cask-conditioned beer. I've stuck a couple of pictures here just to prove I was there. 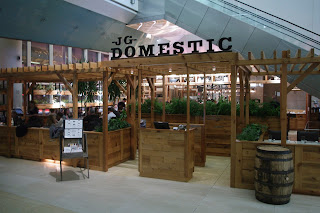 - Of other events neglected to be written about here in these pages was the excellent dinner that I was invited to at JG Domestic. The dinner featured Avery Brewing Company from Colorado and was the first beer dinner I'd been to in the Garces Restaurant Group family since a beer dinner at Chifa, which coincidentally was when current JG Domestic GM, Mark Grika, was running the dinners over there across town. This dinner did not disappoint and I owe a few words and pictures here on this topic as well.

- March was a busy month as you're probably beginning to sense, but for me personally, the Half Marathon in Washington, DC was pretty important. I set myself a new personal best by 7 1/2 minutes which is pretty significant, particularly given my advancing age! Oddly enough, no beer was included in this trip, partly because I knew what was to come still later in March. Unless you consider beer-related to be that our hotel was across from the historic Brewmaster's Castle. 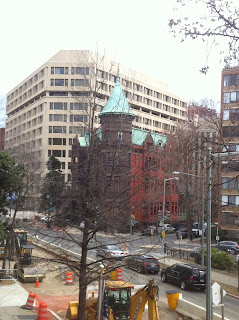 - Yes, still later in March was a return to the nation's capital for the Craft Brewers Conference. I haven't yet said all that much about it, unless you count (which is debatable, to be sure) Tweets and Facebook updates that I made along the way. I should still add a few blurbs from the industry-only conference, its seminars, and related events around town. It was finally my first appearance, after all these years, at the annual CBC. Overwhelming might be an apt way to begin describing the coming together of a reported 6,000 or so related industry folks. 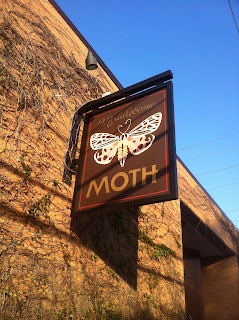 - Yet one more trip taken in March was to Texas where there was not much time for tracking down the exploding great beer scene, but that did not stop me from finding some of the best around the Dallas region. Meddlesome Moth has been for the past few years one of my highest recommendations for travelers to Dallas. Ginger Man in Dallas has been my favorite of the "chain's" multiple locations and, once again, did not disappoint. Central Market continues to supply the retail market with some of the best options for beer to-go and for this trip provided me with a bunch of Jester King beers (from Austin) to bring home with me. And, lastly, since it was St. Patrick's Day, the night wouldn't have been complete without a stop along McKinney Avenue at Idle Rich Pub where The Kildares was bringing down the house (or, I should say, the parking lot) with their Irish/Celtic rock befitting the holiday. The Blackfriar Pub across the street provided the two in the one-two punch of St. Patty's Day frivolity. Back at the conference I was attending in Grapevine, the resort was not necessarily overflowing with craft beer options, but there were a few from Rahr & Sons (Fort Worth) and a solid Revolver Bock that caught my eye and kept me satisfied with local Texas options. 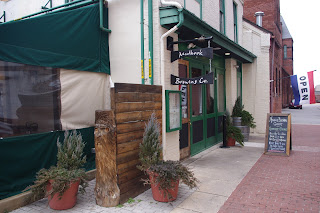 - Not to be overshadowed, though, was a day trip taken with Beer Yard's Matt Guyer to York County to explore some of the relatively newer stuff going on from the city of York down to the State's border. We hit up South County Brewing Company, Gunpowder Falls Brewing Company, Liquid Hero Brewing Company, Mudhook Brewing Company, and Holy Hound Taproom. Central Pennsylvania has never had it so good. More to come, also, on this topic. Hopefully.