(Before I delve into the beginnings of my travel notebook from the last nine months or so, if you don't know what's behind this, you may wish to check back on what I wrote earlier this week.) 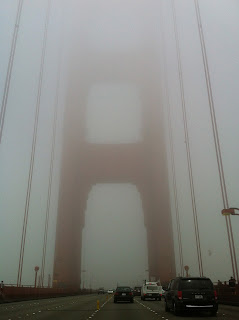 But, what likely began my fall from this beer writing habit was my one week in northern California last July. The backlog of e-mails not dealt with, RSVPs not responded to s'il vous plaît, my writings of beer and people and stories found along the way in Costa Rica and Belgium not written about all went permanently on the back burner when I arrived in San Francisco in early July.

I crashed. I didn't burn, but it was definitely the most significant crash I've had in the 90 or so months that I've been doing up this gig.

What ensued after this July trip last year only compounded matters and I haven't been quite right (write) since.

It's all good, though. Remember, as I said in the preceding post, my day job comes first and that's why I was in the Bay Area. Once the day job closes for the day, though, the night job of beer exploration begins. 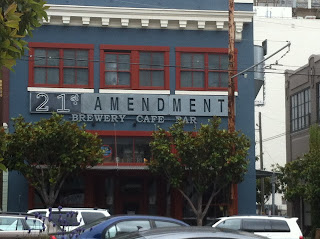 Not a whole lot to discuss during the week while I was in the city. A few good beers around town at the typical spots from Magnolia to Toronado to 21st Amendment. Each highly recommended, in case you didn't know, each for different reasons, for your Bay Area beer travels. There was much more to talk about from my meanderings during my entry and exit weekends around the region.

The first days brought a visit with Jay Brooks and his beautiful family as well as a gastronomical visit with Sean Paxton and his equally beautiful family. These are guys whom you should track when exploring the northern California region. Paxton for his gastronomically-incredible food and beer events delivered under the name The Home Brew Chef and Brooks for his solidified stature as one of the most knowlegable industry voices with plenty to say and share on his Brookston Beer Bulletin. 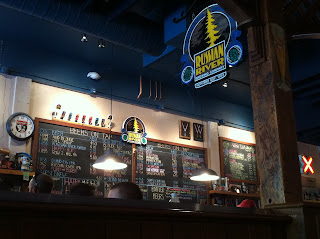 Of course, when heading up into their neck of the woods, the trip would not be complete without a visit to Russian River Brewing Company in Santa Rosa. This time, for me, a visit that included a sampling of as much as this 220-pound frame could handle, the excellent pizza, the beer bites and drew bites, and (during my return visit the following day) an equally excellent performance on stage by Midori and Ezra Boy. 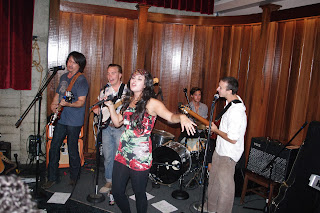 I procured a full growler of Row 2 Hill 56 from the pub to bring back to my downtown hotel room during the week and that worked out quite nicely. Glad to see this very good homage beer to their hop growing farmers appearing from time to time on the draft board. At that point, I'd had it once previously at a Monk's Cafe dinner in Philly where Vinnie Cilurzo and Brian Grossman hosted a joint Russian River/Sierra Nevada dinner so I knew of the beer's solid profile. 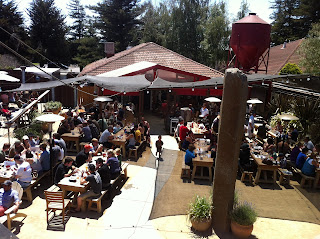 Wandering around Sonoma County also brought my first visit (believe it or not) to Lagunitas Brewing Company. Intoxicating (that can be taken many ways, ha!), to say the least. What might have been a one hour visit turned in to almost three; it's that kind of place. It's close enough to Highway 101 that if you're trekking north to Santa Rosa, you're cheating your true beer self if you don't make the stop in Petaluma. And, if you're with family or others that have no interest in the brewery and its outdoor beer garden, the Petaluma Outlet Mall might be a pleasing alternative. 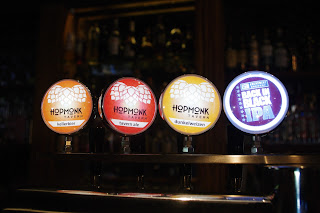 My meanderings also brought a visit to Hopmonk Tavern in Sebastapol for a couple of fine lager-based beers (from a co-founder of Gordon Biersch, natch), a light bite, and some outdoor live music and a bakery visit to the nearby Wild Flour Bread Bakery and their awesome sticky buns. 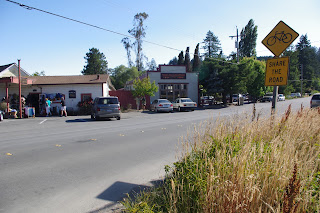 These sticky buns made their way back into the City with me and served as excellent breakfast bites each morning of the week.

After a week's worth of day-jobbing in and around the City, the second Saturday presented me with the opportunity to check out the lauded BreastFest beer for charity festival at the scenic Fort Mason overlooking Alcatraz, Marin County, and the Golden Gate Bridge. I said plenty about the festival in a piece over at After Hours, so head over there and check it out if you have previously not.

There's plenty more to say about California in parts 2 and 3, so I'll leave the Golden State until such time.

The more I think of it, I wonder if going to Germany on a two-week cruise with Stephen Beaumont in October 2010 might have been the original tipping point. More on that to come....some day. I promise...I think...maybe.