If you'd like to catch up with the pieces leading up to this Part V, head back and check out the "intro", Part I, Part II, Part III, and/or Part IV.

How about we head off in a different direction this time, one that doesn't center around California? This time to the capital of the great Commonwealth of Virginia — Richmond.

Back in October, I drove to Richmond which meant I could stop off at State Line Liquors along the way. Now, many of you, I'm betting, are veterans of this high-quality retail beer shop, just across the Del./Md. border in Elkton. Just a couple of short minutes off I-95 is where the rather average looking store sits. Inside is anything but average and where I found a couple bottles of the Grassroots/Tired Hands Wachu Saison brewed at ‘t Gaverhopke and Fanø Bryghus over in Europe. I'd be foolish to try and describe the beer's back story any better than Jean Broillet (Tired Hands) did over here.

Let's get on with Richmond now, y'think?

Er, oh wait one more minute, let's get DuClaw Brewing Company out of the way here too. Since DuClaw sits in Maryland along the critical path of Philadelphia to Richmond, I should be sure to cover that as well and I'll lead off with the few pictures from the Bel Air location. Comfortable environs, friendly service, satisfying and well-rounded food menu, and an extensive lineup of DuClaw beers, which only more recently began distribution in Pennsylvania. Happy to finally, after all these years, make the time-consuming effort to stop in Bel Air while passing through. Also, on my short list is their annual real ale festival; that must wait for another year. 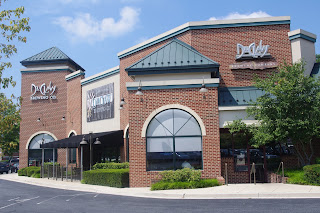 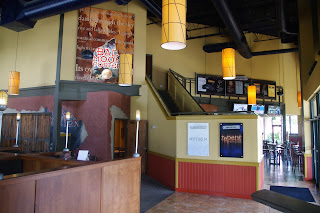 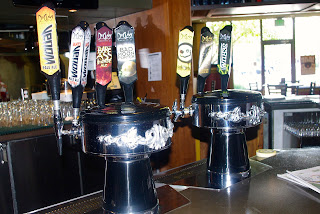 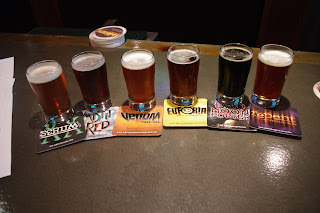 (DuClaw Brewing Company personalized sampler)
Once off the DC Beltway, it's a fairly straight shot to Richmond. I've been there a handful of times over the years; this was the longest (four nights) and the most well-rounded in terms of eats and drinks. Considering it included stops at Legend Brewing Company, two locations of Capital Ale House, and Hardywood Park Craft Brewery, not to mention retail beer stops at Total Wine, Whole Foods, and Cost Plus/World Market, well-rounded certainly sounds like a good descriptor of this trip where I capitalized on making this trip a driving trip.

First up, Legend Brewing Company. The Legend Brown has long been a favorite of mine in the region back to the days when Brad Mortenson was head brewer at the brewery and pub that sits across the James River from downtown. Most cities I return to have those one or two places that require repeat visits upon each return. Every visit back to Richmond, Legend is one of those places for me. (Capital Ale House is another and Hardywood Park has just become another, but more on those in a minute.)

I've always found Legend to be easy-going with a dependable menu of solid quality and taste. The crowd always seems to run the gamut from blue-collar union workers to white-collar office professionals with a smattering of beer geeks and wandering beer tourists thrown in for good measure. On the day of this visit, it was my birthday and I was traveling solo, but the friendly "neighbors" on either side of me (as is the case during most solo bar ventures when I travel) kept good company and upheld my point of Legend being a friendly and easy-going no-pretention zone.

It was the Brown, once again, the Pilsner, and the Porter that were hitting the right notes during this visit and off the food menu, the grilled wings could not have been more satisfying. A few bottles to take along with me and it was time to head off to the suburbs. 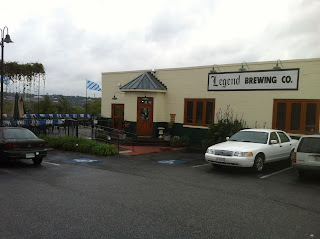 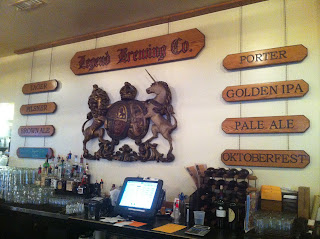 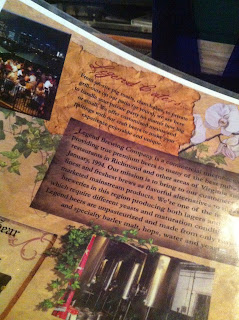 (The story of Legend Brewing Company) 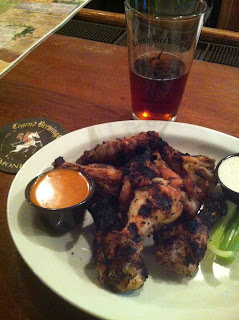 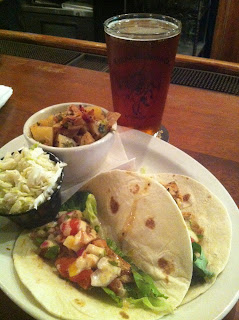 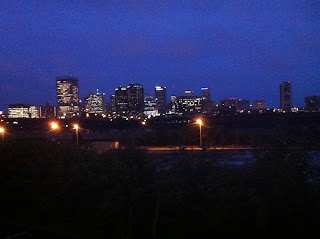 (Downtown Richmond, as seen from across the river at Legend Brewing Company)
As I mentioned earlier, this trip saw me hit up two of Capital Ale House's locations. I'd previously been to the downtown Richmond location as early as ten years ago and been mightily impressed with the selection. This time life found me passing by the Midlothian location and staying near the Innsbruck location. Both spots had service staff that showed off their deep knowledge or appreciation of well-made beer. If you're in the region, Capital Ale House is a name you should know. The other two of their locations, by the way, are in Fredericksburg and Harrisonburg. 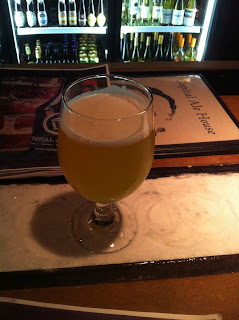 (One of Capital Ale House's locations. This one in Midlothian, Va.) 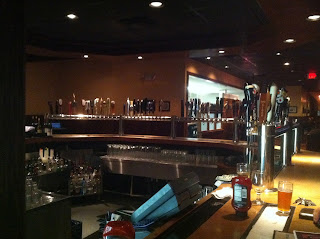 (Capital Ale House, the Midlothian location with approximately 80 reputable draft lines)
Every trip seems to offer up a surprise or two along the way. Hardywood Park Craft Brewery served that purpose on this trip. The name had been vaguely familiar to me, but probably for no specific reason. Now, though? It's a name at the top of the list when anyone asks me about Richmond which, yes, does happen from time to time in beer-y conversations.

I'd been planning to head up I-95 when work was through on Thursday. But, the timing of it all didn't seem to make sense when I factored in rush hour not only out of Richmond, but more importantly, on the dreaded DC Beltway. So, think...think I did and when I put my beer sleuthing skills to work, what did I come up with? Thursday night Food Truck Court at Hardywood Park Craft Brewery, located just off the campuses of both Virginia Commonwealth and Virginia Union universities on the western edge of downtown Richmond.

Instilled in every wise beer traveler (or at least hopefully is instilled) is the good sense to be able to walk the delicate line between safely smart and dangerously dumb. Ahead of me was a four-ish hour drive which would begin somewhere around 8 p.m. So it was a few well-chosen beers, my hands-down runaway favorite being the Hardywood Singel (a Belgian Blonde which, weighing in at a moderate 6.2% ABV was perfect for the situation), and grazing from a half dozen food trucks that made for the absolute perfect ending to the Richmond trip.

Hardywood has an enviable setup. Like many breweries (particularly smaller ones), they are setup in a low-rise industrial park. There, they have what they report to be "friendly neighbors" with mutual respect. This serves them well during times of popular events when overflow parking spills into neighboring parking lots. Most of these events, however, are off-hours for their industrial park neighbors and craft beer fans are, on a whole, a fairly well behaved and respectful crowd so it all seems to usually work out well.

Back to the setup inside. The brewery will be celebrating its second anniversary later in 2013 and in this short time has continued to grow its operations and its reputation. The tasting room includes a small retail shop and has been built out to spill into the spacious barrel-aging room adjacent to the brewing operations. From the barrel room, customers have a direct line of sight into the 20-barrel brewhouse (with accompanying 80-barrel fermenters). There's a decent amount of room to grow inside, which they may have done since I made this visit roughly six months ago.

Eric McKay and Patrick Murtaugh, co-owners, were away on GABF business when I stopped in. Alex, the Tasting Room manager, played the role of host perfectly to my unplanned visit and has me convinced that I'll be making return visit in the not-so-distant future for any one of their numerous special events, perhaps for a 4-mile run, a Firkin Friday, a special release, or a live music session.

How to summarize my visit that left me thoroughly impressed and assured that these guys are not fly-by-night opportunistic businessmen? Friendly and knowledgeable staff, investment in quality beers, and commitment to community.

I'll let the pictures tell the rest of the Hardywood Park story and leave Richmond at that until next time we meet. 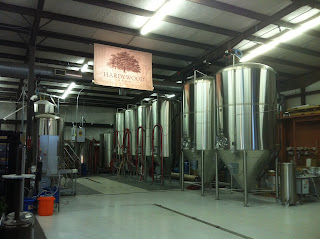 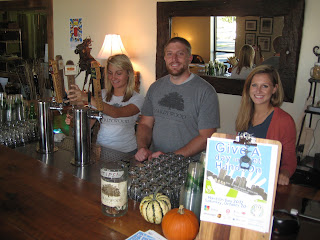 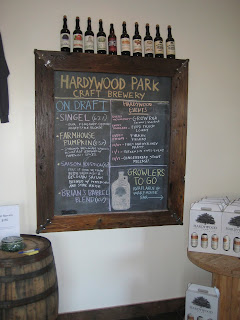 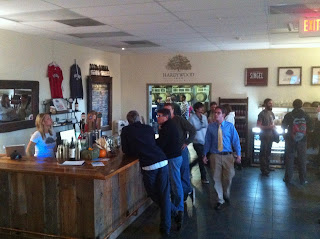 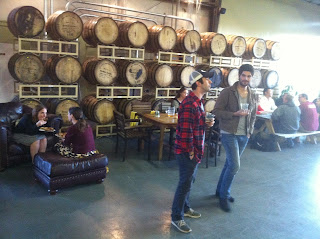 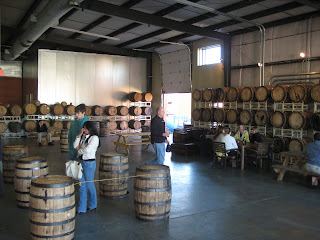 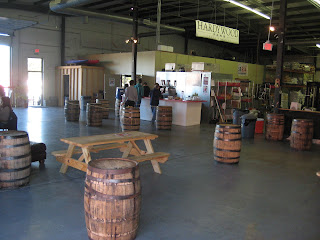 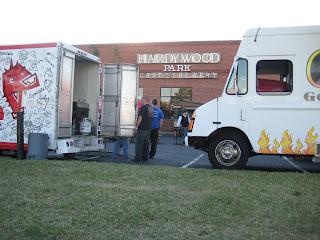 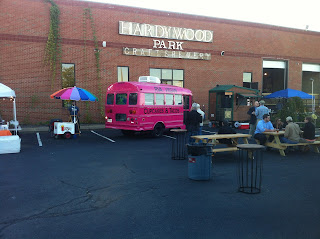 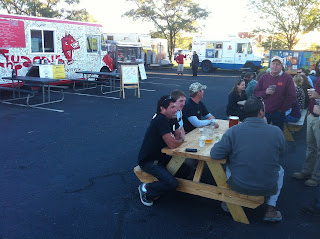 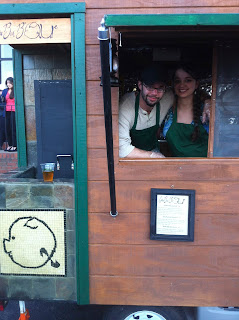 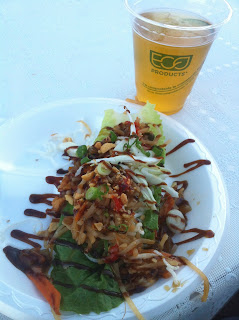 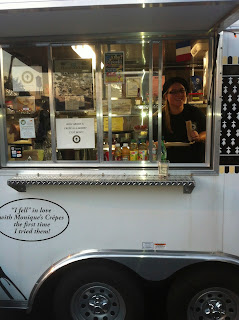 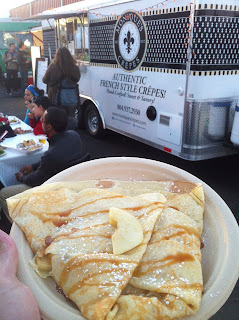