Changing of the Guards at Iron Hill in West Chester: 5/7/09

I did show up in West Chester last night. It was only due to a clever trap set for me at The Drafting Room (in the form of Bell's Two Hearted Ale) that waylaid me and set back my arrival time at Iron Hill by almost 90 minutes. Ergo, I missed out on most of the pomp and circumstance swirling around the corner of the bar. Chris (Lappy) LaPierre and Larry Horwitz were dressed consistent with the marketing materials for this "Changing of the Guards" event. Significant others were in attendance (Suzy and Whitney), as were loyal mug club and BUZZ members. (I still believe that IH's mug club is one of the best values for the money, if you're into such clubs.) I thought we may see at least a couple of other brewers from the IH family, but unless they were hiding out in the dining room, I didn't see them. I also missed out on almost all of the bottles brought up from the basement. I'd heard of some Imperial Pumpkin, Abbey Dubbel, and Cannibal (I believe) among others I'm sure that saw the light of day. However, none was to be found of that other beer which shall forever no more be mentioned. What I did enjoy, though, was a killer framboise on tap that Larry brought over from North Wales, a very nice Eddy that is also due to show up at tomorrow's FunkFest at Triumph in Old City, and a stand-up-and-be-a-man Old Tom Barleywine which deserves a boo-yah. Far as I could tell, these three made it through the night and will still be available this weekend if you should happen to duck into West Chester...but the cautious of you would go sooner rather than later. Pictures, well there's yet another story. My camera decided to get temperamental on me and play like it was taking pictures, when in fact that was not the case. And, before any of you wiseguys/gals out there ask if my finger was over the lens, the answer is no! Today, of course, my split personality camera appears to be working just fine. We may need to discuss its future. So I'll use this opportunity to link to Mary Bigham, to whom I have not in quite some time. It was a pleasure to finally meet in her in the real world. In addition to eating, drinking, and writing her way around the region for WC Dish, she's behind a recently launched magazine about such topics called CC Magazine, Chester County Cuisine & Nightlife. Here's a link to pictures that she took last night...thanks, Mary. And, welcome Larry and best wishes to Chris as he navigates the Delaware to Maple Shade. UPDATE: Until I get the missing fun fotos from Mary, enjoy these three submitted by the Iron Hill Family. 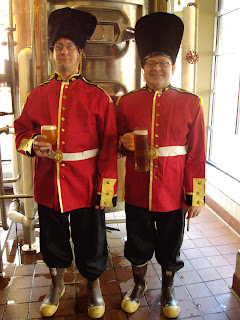 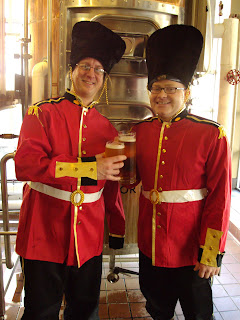 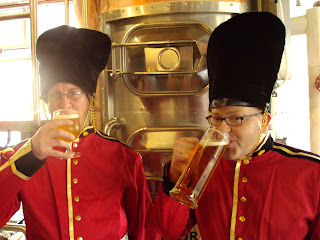 Was the memory card in it? Perhaps no batteries?

There is no link to the photos, making you 0 for 2 on this project so far.

At least I showed up! Plus, if I get one hit, I'll be batting .333 and put me in solid contention for the Hall of Fame.., without the 'roids

Check out my "workaround" above until things get resolved with Mary's pics.

don't they look awesome! hey Larry and Chris..i dont live in West Whester anymore but I wanted to let you know the Belgian Pale Ale I had about 6 weeks ago was great!