A few IPAs good for the spirit

After my Inactive Period of Adjustment today, which included playing couch potato watching our Philadelphia Eagles, I've recovered to write a few notes and post a few pictures about last night.

Suzanne and her In Pursuit of Ale crew kept their word and made their way out on the R5 from Philly to Gullifty's to Teresa's Next Door to TJ's to the Flying Pig. Patty and I met up with her and her ladies (plus, a couple of almost-gents, too) at TJ's and moved on to Flying Pig with them. (Hey, it was on our way home from TJ's!)

Sounds like they all had a great day & night with Sly Fox cans for the ride (sh, don't tell Septa!), a scavenger hunt form to fill out, and great beer bars to nosh and slosh around at. I'm not sure which turned out to be their favorite stop; it probably doesn't matter, since quality beers were available at every stop they made. Even some IPAs for the IPA-ers.

Here's a few quick pictures. I've got more incriminating ones, but for now I'd like to stay on their good sides :) 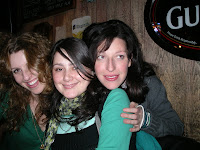 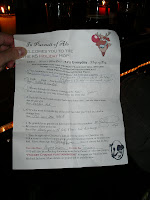 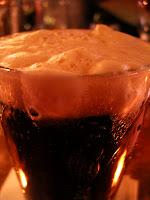