You don't need a paddle on Russian River, just go with the flow

Just another ordinary tasting night with a few friends. Every once in a while, a theme breaks out on one of these here Monday nights. This time, it was Russian River. The party-goers were sporting their best tonight, breaking out from their cellars vintages not often seen. Oh, you lucky ones who don't have to get up before dawn on Tuesday mornings, grrr.

Seriously, there was something in the air tonight. Could've been the cold, howling northern winds. Could've been the holiday season. Or, it could've been all that and that the night was filled with the likes of Sanctification, Supplication, Damnation, Temptation, Perdition, Redemption, Collaboration, 20th Toronado Anniversary...I feel like I missed one or two. And, considering that there were multiple batches of most, is it any wonder that this was one of the most well-attended MNT in recent memory?

Did I also mention that we left a Vinnie a message to congratulate him on the many fine beers that he unknowingly created for this little Monday Night Tasting and of which held up so well during the journey eastward? Maybe next time we'll schedule it in conjunction with one of his east coast tours. 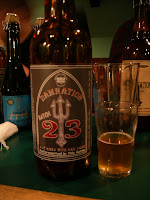 (One of the many Piece-s de Resistance of the evening; can you have more than one Piece?) 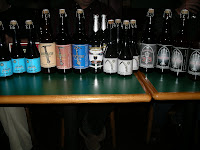 (All present and/or accounted for sir...actually, there were still more hiding in the back corner) 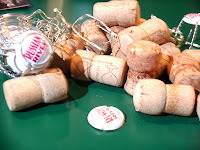 (A work of art if nothing else...this could wind up as my desktop wallpaper) 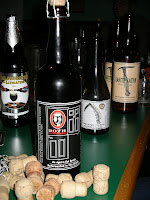 (A long sought-after prize thankfully made its way to Pennsylvania) 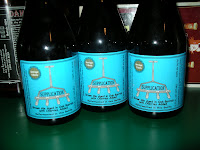 (Why settle for just two when you can have three?) 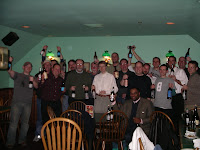 Truly a memorable MNT at SF....great beers with great friends. Byran, thanks for sharing the pics.

P.S. Jack, you should have been there. You missed a great time.

All I can say is that I am jealous. What a wonderful way to spend a Monday night.

Are you sure there are not drops left in the bottoms of any of the bottles? I am sure you could zip them up in little bags and mail them to Luxembourg for me. I am sure Vinnie's beers would still taste good!

Great pics by the wy.

What a great get together. It doesn't get any better than this! Thanks to all of you who shared RR beer.

I personally checked many of the bottles for remaing droplets. Mmmm....