Click Here for the General Tasting Session of the event 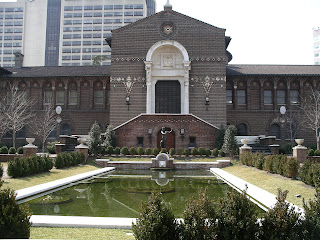 Saturday was a beautiful day to be outdoors in Philadelphia, but the University of Pennsylvania had something even better happening inside. We were pleased to attend their Michael Jackson tasting event, finally, for the first time. The event is organized so that the first 45-60 minutes is a "tutored" tasting with Mr. Jackson himself (co-anchored this year by Sam Calagione of Dogfish Head) and the last 2 hours is an open tasting session with approximately 50 breweries pouring their creations. 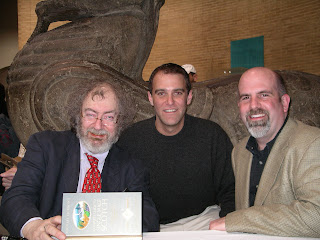 Adam will write about his own reactions, so I'll speak only for myself here. Overall, I could not have had a more pleasant afternoon, beginning with a flawless train ride into the city. I was attending a wedding in Center City Philadelphia later in the evening, so the logistics all worked out quite nicely. The event at UPenn, in my mind, only got better as the afternoon went along.

The tasting session was great in concept, but I was a bit disappointed in my inability to hear at some points, as the crowd apparently grew weary of the MJ stories and raised the noise level. Call me crazy, but regardless of the point of the story, I was there to hear the tutoring, not for the joys of hearing other's table conversations. Don't get me wrong, I'm not bent out of shape, but it was more than a bit annoying. 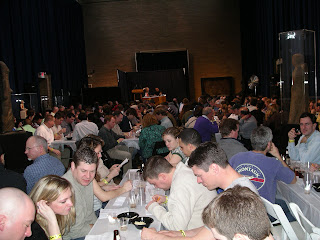 As for the beers, it was a nice selection with a few sure-fire winners in there, but I was a bit surprised at the serving size. To split some of these eight ways would have been difficult. We were fortunate based on the number of people sitting around us to only have to split them 5 ways. With the general session ahead of us, we obviously didn't need to get tanked on the MJ tasting session, but a few more sips would have been nice, especially since they were not all available in the general session. 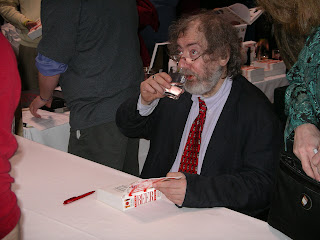 I'm not even sure why I'm going to take a run here at ranking the beers that we all tasted together with MJ, since they are very unique and hard to compare side-by-side. But, just from my personal preference perspective, here's an ordering of how I enjoyed the eight beers. And, you know what? Allagash and Old Ho are at the bottom of the list more a result of being impressed with some of the new brews (to me) above them in the list that wowed me. But, as you know Allagash and Victory make the head of the class on any given day. Certainly, not an insult to them. 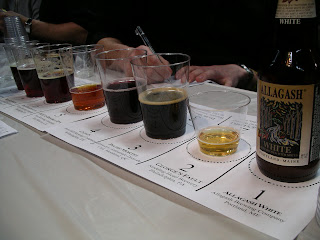 Dogfish Head Red & White - Wit beer aged in Pinot Noir barrels; very, very nicely done and little short-term aging shouldn't hurt the beer
Brasserie Artisanale Dieu du Ciel Peche Mortal - one of the most wonderfully bitter, sweet, rich delicious stouts I've ever had, period.
Iron Hill Cassis - if you can get by the barnyard funkety-funk, I think you'll agree that this is one heck of a phenomenal beer; not for everyone, but that just means more for me!
Avery/Russian River Collaboration, Not Litigation - mixing of sweetness and spiciness that I want to explore more with a few bottles that I must pick up for home consumption
Port Brewing Hop 15 Double IPA - just what you'd expect from a west coast IPA big boy....and then some
Nodding Head George's Fault - in my opinion, a better version of this honey-infused beer than what I had on tap at the pub last year; did aging treat it well or is it a different recipe?
Allagash White - a great wheat that sets the bar very high for American versions of the Belgian Wits
Victory Old Horizontal - seemed to be missing some of the "big richness" and bitterness that I'm used to with this perennial favorite; maybe it had been poured too long prior to the event?

Click Here for the General Tasting Session of the event
Written by Bryan Kolesar at Monday, March 12, 2007