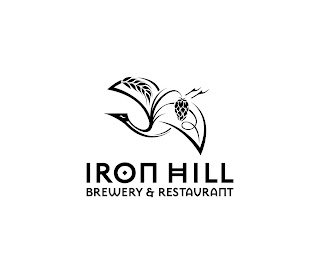 One of the most decorated breweries/brewpubs in the Delaware Valley. I count up the GABF and WBC awards won over the years and I get 29; Stoudt's has 29 too. Then there's a big dropoff of more than 50% before you find the next ranking brewery. Not that it's really a competition. Sure, you could argue that they're a "mini-chain" with 7 current locations and more on the drawing board. But, you can't argue the fact that they attract some of the best brewing talent around.

And, it starts from the top. Brew buds Mark, Kevin, and Kevin got into the business over a decade ago and survived the fallout of the 90s by going head strong into the turn of the century cooking up good family fare from the kitchen and flavorful suds from the brewhouse. The love for well-crafted beer pulses through the organization and out to the customers. I've yet to run into a bartender at any Iron Hill location (haven't been to Newark) who can't give at least the basics about each beer and table servers who can't at least list the names and styles by memory.

The management is so concerned with the customer experience that they were giving out $10 credits last year simply for taking part in a 15 minute survey about the Iron Hill brand and customer experience. Also, the West Chester location hosts the local BUZZ Off homebrewing club meeting and even provides yeast and wort for the asking. In a recent issue of Zymurgy, an article profiled a competition that they support whereby each homebrewer receives five gallons of wort to create their homebrew. The homebrewers return later with the finished product for judging.

That chain thing? Don't even think it. Would a local coffee brewer go across the street to get a cup of Starbucks? You know the answer. But, the Big Bottle Bonanza in North Wales and the Belgium event in West Chester routinely draws many local brewers, either there to showcase their own brew or to simply partake in the camaraderie of Iron Hill events.

As you ready yourself for Philly Beer Week 2008, study up on some background notes on Iron Hill and consider yourself lucky to be part of such a vibrant and rich beer region that PBW 2008 will celebrate.