More changes pouring in at PHL

Now, I'm all for a good glass of wine. But, first they take away a Jet Rock location at Philadelphia's International Airport, now the Independence Pub is also gone. I came back into PHL from SFO (at least they have their own Anchor and Gordon Biersch pubs in the terminal) to find the pub boarded over with banging and such taking place behind to create the new Vino Volo. (Though, who can't be pleased to hear that now Philadelphia travelers will have something to pair with "small plates of cheese and cured meats"? Bryan asks with a smirk)

Say what you will about the occasional dip in quality of beer at these locations, but I'll bet more good was done by serving up quality locally-crafted beverage at these places (especially to out-of-towners) than will a new wine bar. I know that I personally have been responsible for getting travelers to try a Victory Hop Devil (instead of SNPA), a Lancaster Franklinfest (instead of Yuengling Lager), and a Stoudt's APA and Red Hook ESB (instead of Killian's Irish Red). Yards, Flying Fish, and Tröegs also made quite common appearances on PHL tap handles.

Hmph, just need to console myself with this Eisbock while watching the lunar eclipse tonight, dreaming of better beer days hopefully returning to Philly Int'l. 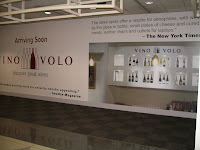 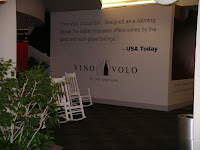 Even Independence is gone? When did this happen?

So does that leave anywhere?

There's still 2 Jet Rock locations (maybe one in F-terminal too, not sure); each with 40-some-odd taps. Incl. SNPA, Anchor, Stoudt's, Victory that I spotted on Tues. evening. After that, the "craftiness" starts to go downhill rather quickly.

PHL has 3 Jet Rock locations, Concourse B, D, and F. Philly's #1 sports bar, Chickie's & Pete's, just opened two locations, C and E, and will open one in AW this summer.