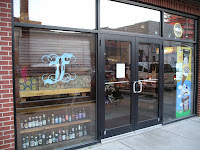 Finally! I made way to the newest incarnation of much-ballyhooed Foodery in the Northern Liberties section of Philadelphia. I'd been to the original location on Pine Street. All of the hype and praise finally, finally got me there this past Saturday after my visit to Yards (and Rich Wagner's presentation on the history of beer in Philadelphia's Bridesburg, Kensington, and Frankford neighborhoods). And, boy, was I not disappointed. 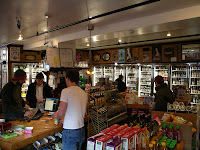 This is what I can imagine the new City Beer Store in San Francisco must feel like (ah, next trip to SF, I promise myself). The only thing missing is tap lines to serve draft beer from. Otherwise, you have a deli counter, a dozen or so coolers of beer, and other bodega-style goods to choose from.

Stationed behind the counter is Jeff. He's no longer taking the train out to Wayne to help out with Matt's business at Beer Yard. But, he sure has a good gig at The Foodery. Not only is it a bigger and cleaner version of the original. But, it's in one of my favorite neighborhoods of the city. This isn't to say, though, that I don't recognize it less and less every time I visit. 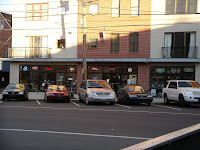 Sidebar: (I'm good at these, eh?!) When we lived in the city, it could be a downright sketchy proposition wandering through this 'hood in search of the random bar, restaurant, or Standard Tap. But, the vibe of this area has always been "real." It still seems to ooze with some of that feel. But, geez, with the omnipresent construction and slow but obvious gentrification (and harder to find parking spots!) it's not quite the same. Ah, all in the name of progress I suppose... 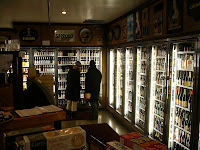 Trying to give you even a partial inventory of beers available in the coolers would be silly. Think of a domestic or Belgian beer available anywhere in Pennsylvania and chances are very good that they've got it. To my untrained eye, I didn't see any beers unauthorized for retail sale in the state....like some other establishments, ahem! (sorry, pet peeve.) 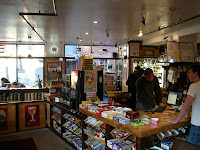 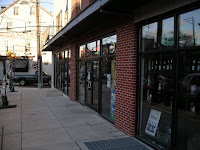 On the list for my next visit to The Foodery is to spend an hour or so having a bite to eat from their deli with a delicious bottle of exotic brew. Then, head over to the Standard Tap across the street (oh, so convenient) and put back a pint or two of local brew in one of the city's most venerable of better beer locations.
Written by Bryan Kolesar at Wednesday, January 24, 2007

Somebody selling beer that is not legally available in PA? Like some other establishments that are getting alot of publicity lately?
Yeah, that bothers me too.
Props to The Foodery.