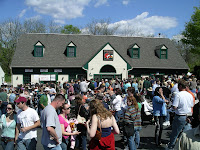 Spring has sprung, the grass has ris, and....we all know where the goats is. Boy, that was really lame. No matter, the surefire way of marking the arrival of spring came yesterday at Sly Fox in Phoenixville, PA. On a picture-perfect day filled with sunshine and just a few drifting clouds, beer lovers (many there with their families), and goat (bock, auf Deutsch) enthusiasts came out for this annual rite of spring. The unofficial turnout estimates the crowd in excess of 2,000 revelers, which included a couple of chartered busloads of people from Philadelphia and New York. This event is getting so big (how big is it?) that it makes you wonder how much longer they'll be able to host it in their parking lot. 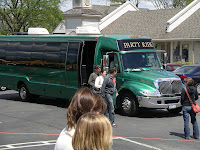 Sly Fox opened around 11 AM with goat registration getting underway around noontime. We arrived late, just prior to the first race heat scheduled for 2pm. (I had run my own race, the Broad Street Run, earlier in the morning...but this isn't about me ;-) The parking lots around the brewpub were, of course, packed to capacity. We immediately opted for the strip mall parking lot across the street. It was obvious that grocery shoppers were unaware of the events across the street as we contended with them for limited parking spots. (Oh, by the way, I should explain that "we" means me and my wife, Patty, not my TBL partner Adam. He did, in fact, come with his son, make quick rounds through the festival, then was obligated to head on to another event.) 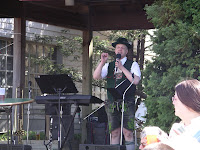 After slipping our German car (gotta keep with the theme of the day) into its spot and making our way across route 113, we took our first option of getting a can of Dunkel Lager. The dark, malty brew failed to disappoint. Then, it was on to a twenty minute wait for some food and our next beer. The food options included knockwurst, bockwurst, weissewurst, pretzels, and other delectable German pairings. With our sandwich and pretzel, we moved on to the fashionably seasonal Royal Weisse and Slacker Bock. Once again, spot on clean drinking beauties! 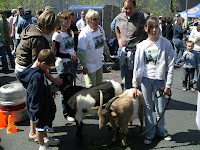 After the goat races concluded I indulged the newly crowned Sundae Maibock (named after the 9-week old winning goat) and concluded the day with a Rauchbier. I hadn't had the Rauch since last year and enjoyed revisiting this hickory smoky delight. What I did not get around to were the Eis versions of the Slacker and Helles Bocks. Would have been nice to try, but probably not prudent given their strength. I'll need to check to see if they will continue to be serving these up this week.

All around, this was a fabulous day for beer, food, and camaraderie. This was my first time attending, since every past year has either found me out of state for work or otherwise preoccupied. The first sure did not disappoint. Yes, there were times that it was difficult to get a beer when I really wanted one. But, I really can't complain. There were so many great people around to talk with and happenings to partake in (German music & dancing, goat races) that I barely noticed.

By the way, how is it that I managed to take, like, 32 pictures of the German dancers, but none of the esteemed emcee O'Reilly? For a more comprehensive photo journal of the day, check out Tom's site with plenty of great pictures of goats, beer, and O'Reilly!

Click here for a wrap-up in the Phoenixville News. 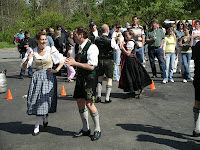 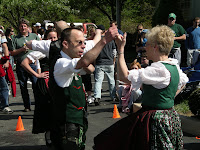 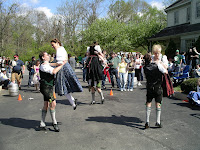 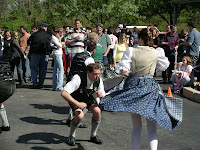 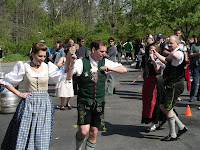 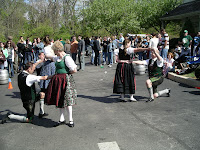