Background: All worked out well with taking off Friday night, though the happy hour at Nodding Head sounded as special as I expected. It was for the best, since a 6 mile run was ahead of me, after-run beers at Dock Street, and the Grey Lodge Ides of March event at night time. Fortunately, I nixed the MJ Museum event and caught a few hours sleep before Grey Lodge.

Where to: Dock Street hosted our after-run party with pizza and beer; Grey Lodge later found me hunkered down upstairs with Big Dan, amongst many other party people

Why: The running came about from me and Suzy wanting to put on a unique PBW event, one that tells the rest of the world that beer drinkers are not one-dimensional. Rosemarie at Dock Street hopped right on board, offering her place as our destination. On all fronts, this worked out very well.

The Grey Lodge event? Ha, I'm not sure what it is precisely that convinced me that it was worth waking up from a nap, getting re-dressed, and driving back in to the city. It's the Grey Lodge...it's another event thrown and titled in typical Scoats-fashion (Beware the Ides of March...you did check the calendar, right?)...this is precisely the kind of event that will turn out all types of folks from across the beer community...there were buses running from center city bringing patrons. Those are just a few of the reasons that told me to get mine arse to northeast Philly.

What to drink: At Dock Street, phew boy, the pitchers were flying fast and furious. There were multiple pitchers of every available style floating around the thirsty runners and their entourages. Satellite Stout, Rye IPA, Gold Stock, Bohemian Pilsner, St. Albans, and Illuminator Double Bock each offers a little something different.

At Grey Lodge, it was time to put back another couple of Biere de Mars from Southampton, Harpoon Hibernian, and Tröegs Troegenator Double Bock. Other tasties on the menu that I needed to skip included (gravity-poured) Boulder Planet Porter, Weyerbacher 12, and Sly Fox Rauch Bock.

Who to share a drink with: A whole bunch of great people I'd never met before, but now have shared a good run and good beer with. But based on the many comments I received, we may be doing this on a regular basis. Stay tuned...

At Grey Lodge, you name 'em, chances are they were there. Apparently, I just missed Mr. Lager and his lovely; there's a picture to prove it, so I believe it. Brewers, distributors, salespeople, and too many other fun beer folk to mention were all bestowed with homemade crowns courtesy of Scoats.

Too much fun as usual...

Reaction: Don't think I would've had nearly as much fun if I hadn't scored a few hours of nappy time at home. While I would've enjoyed the Museum tasting (and the Malheur???), the nap saved me for the Grey Lodge and Sunday and I wouldn't have it any other way. Just another stellar day in what has shaped up to be a wildly successful first installment of Philly Beer Week. Let's close this thing out now with one last big day! Brunch anyone? 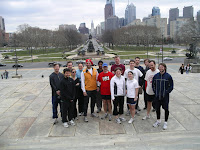 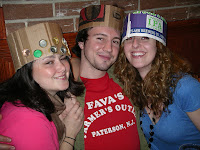 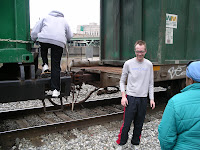 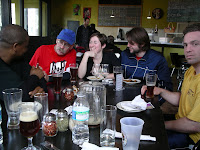 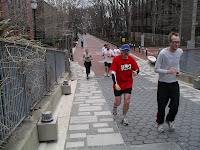 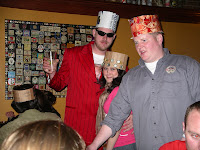 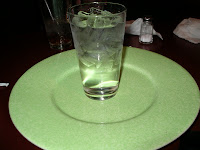 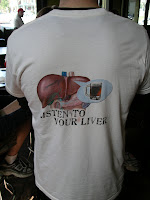 Hey... That green plate's lovely. Know where I can get one of those?

I think Suzy is going to start selling them on her blog.

Didn't you have one of those at your Christmas dinner last year?

A Philly Beer Week Run!! Great idea!! Let me know if you do this again next year!!